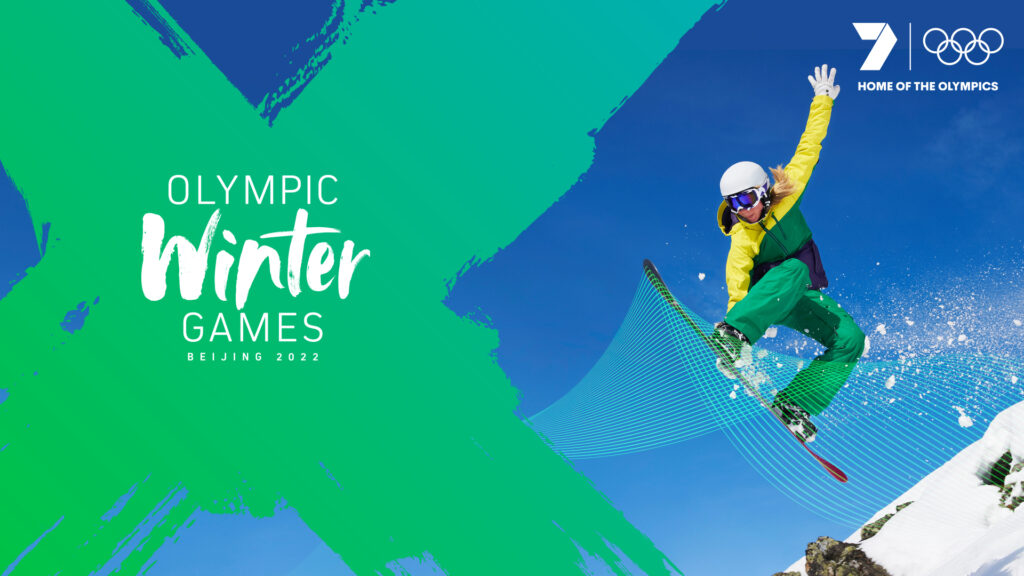 In 2000, the Seven Network accepted the honour of welcoming the world to Australia as the television network of the Olympic Games. Beijing is the next chapter in Seven’s journey.

For Beijing, Seven has assembled a world-class Olympic Winter Games commentary team that will anchor an exhilarating 17 days of astonishing sporting feats on snow and ice.

There will be up to 20 dedicated Olympic channels across Seven and 7plus, all live, free and in HD. Daily coverage will begin from midday AEDT on weekdays and 10.00am AEDT on weekends, until approximately 2.00am AEDT.

With Beijing in a favourable time zone for Australian viewers, the slope is carved perfectly for all Australians to enjoy every epic moment of the Games’ 17 days, with all the biggest events set to light up prime time.

It all kicks off two days before the Opening Ceremony, on Wednesday 2 February, when history will be made as Australia’s first curling team, Queenslander Tahli Gill and Victorian Dean Hewitt, take to the ice.

The Olympic Winter Games have long been the ultimate adrenaline-charged, death-defying spectacle in sport and television.  Australia heads to these Games with a talent-stacked team producing jumps and tricks never seen before in the history of winter sport – a mix of experience, young guns and unrivalled depth, with World Cup medallists across seven sports, three returning Olympic medallists and five world champions among them.

No one can take you inside this significant moment in history like the Seven Network. Our proud partnership with the Olympic Games stretches back to the advent of television in Australia 66 years ago. In every Summer and Winter edition of the Olympic and Paralympic Games we have covered since, we have taken our audience to a new level of viewing experience, and this Olympic Winter Games will be no different.

From the opening ceremony to the closing ceremony – and every thrill and spill in between – the only place you can witness all the heart-stopping action live and free is Seven, Australia’s Home of the Olympics.

The Olympic Winter Games are a commitment to excellence that invigorates Seven and we look forward to meeting the challenge of bringing the biggest event in winter sport to all Australians.

Olympic Winter Games live and free from February 4 on Seven and 7plus
The only place to see it all!