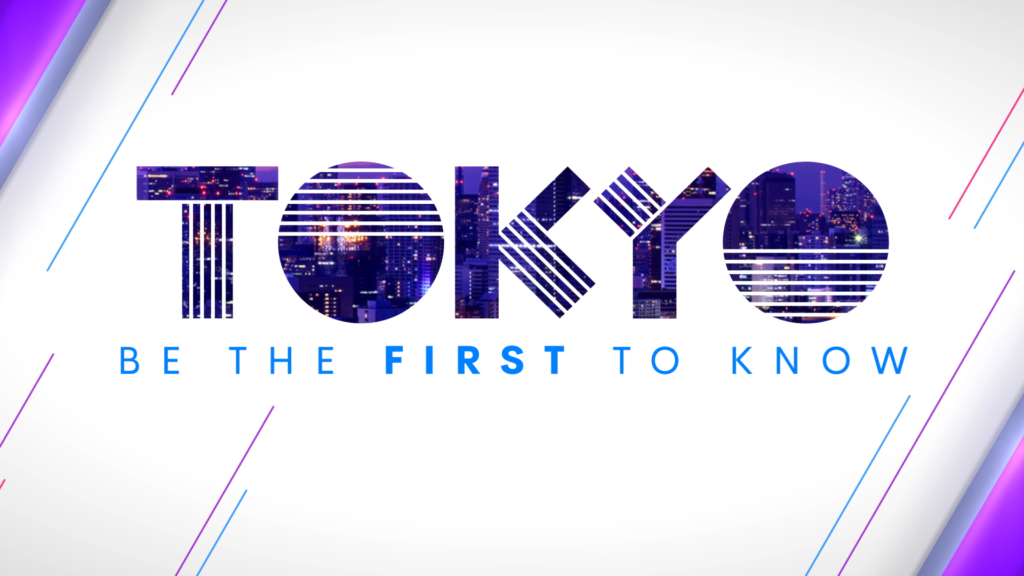 Marking 100 days to go until the Tokyo Olympic Games. Join Bruce McAvaney and our team for an exclusive insight into Seven’s Olympic and Paralympic Games preparations.

Meet the Hosts and Commentators

Mornings with Johanna and Luke

Afternoons with Edwina and Matt

Primetime with Hamish and Abbey

After a year when the world faced its toughest fight in a generation, nations that have been darkened by lockdowns, curfews and quarantines will soon be lit by the Olympic flame.

With just 100 days to go until Tokyo 2020 begins, and athletes from all corners of the globe prepare to reunite in Tokyo to prove the human spirit cannot be defeated, the Seven Network has assembled a world-class Olympic and Paralympic commentary team that will lead the country’s biggest-ever broadcast and digital event.

For the first time in Australian free-to-air television history, there will be 45 dedicated Olympic channels across Seven and 7plus all live, free and in HD.

Australia’s most loved and respected sports broadcaster Bruce McAvaney returns for his 11th Olympic Games coverage, with Seven’s team featuring some of Australia’s greatest ever Olympians, who between them have racked up numerous Olympic and World Championship gold medals and 22 World Titles plus hundreds of Games both as competitors and broadcasters.

Leading Seven’s contingent on the ground in Tokyo, Mel McLaughlin, Mark Beretta, Jason Richardson and Nathan Templeton will make sure audiences are kept up to date with all the latest news, colour and atmosphere of the Games.

For pre-eminent broadcaster Bruce McAvaney, anticipation is building for what promises to be a remarkable Games across 17 days featuring the world’s greatest athletes, new sports and in the perfect time zone:

We’ve been waiting a long time for this. Like our Australian athletes, Seven’s broadcast team have been deep in preparation for an unprecedented Games.

The Olympics remains the greatest event in international sport and it’s exhilarating to be able to share the experience with all Australians, in our own time zone.

Exactly 16 days after the Flame is extinguished in Tokyo, a new one will be lit, signalling the start of the Paralympic Games. Johanna Griggs and Paralympic gold medallist Annabelle Williams will anchor Seven’s unprecedented coverage across Seven and 7plus featuring up to 16 live streams.

Seven will set a new benchmark as the most comprehensive, innovative and technologically advanced Olympic and Paralympic experience spanning all platforms.

Seven is the undisputed home of the Olympic Games with an unparalleled understanding of the event, since the very first television broadcast of the Games in Melbourne 1956.

Rarely do we see a moment as historically significant as Tokyo and Seven is setting a new benchmark for the Olympic and Paralympic experience live and free across all platforms – something never offered in Australia.

We can’t wait to deliver to Australians what will be the most-watched Olympic Games since Sydney 2000 and the biggest ever digital event.

Legendary Olympic sprinter Matt Shirvington and Edwina Bartholomew, who will be covering her third Olympic Games for Seven, then take the reins each afternoon.

Following 7NEWS live at 6.00 every night of the Games, two of Australia’s best sports broadcasters, Hamish McLachlan and Abbey Gelmi, will take audiences on a prime time golden rollercoaster of competition.

The Olympics will be essential late-night viewing with only a one-hour time difference on the East Coast and as the night kicks on, viewers will be welcomed to Tokyo Shinya with Andy Maher and Lisa Sthalekar, a show so mysterious, we can’t reveal any more.

After a year that’s challenged us like few before, Tokyo is poised to bring the world together again in the most powerful sign yet that the human spirit cannot be defeated. This Olympic Games will be bigger than sport. Simply being there and taking part will be a victory in itself.

Australia has always had wonderful Olympic Games teams and when you look at our team for Tokyo, sport by sport, it will be another brilliant group of worthy individuals and teams that we will all marvel at when it’s their time to perform. We have world champions, world #1s and major winners, everywhere.

In terms of the broadcast, it’s exciting and very humbling to be part of a Seven commentary team that includes Olympic legends like Anna Meares, the iconic Oarsome Foursome’s Nick Green, Scott McGrory and Russell Mark. They are some of the men and women I grew up idolising and cheering for.

Tokyo will see some familiar faces competing as well as some new sports, through which will come a new fascination and new faces.  As always, it will be the world’s best against each other, at the world’s biggest festival of sport. I can’t wait for it to begin.

Covering an Olympic Games is the ultimate privilege as a sports broadcaster and to be part of this team is something I’ve dreamed of.

The pressure, drama and emotion at an Olympic Games is at a level nothing else can match, and Tokyo promises to be a Games unlike any we’ve seen before.

The evening schedule is unbelievable, so to be side-by-side with Hame every night as we bring the stories of the Games into living rooms across Australia in prime time is beyond exciting. I cannot wait.

At Seven, we will unashamedly get behind our Australian team with the rest of the country, but we will never lose sight of the other nations competing. Their triumphs and feel-good stories deserve to be celebrated like never before.

As always, we will bring unrivalled expertise to our Olympic coverage. You can trust Seven and our extraordinary team of commentators to take you inside every single event, to where the best action is happening at all times.

Tokyo will be the greatest event you’ll ever see. From the opening ceremony to the closing ceremony – and everything in between – the only place you can witness all of the history making action live and free is Seven, Your Home of the Olympics.

Sunrise is the only place Australians will be able to see live competition and all the Olympic highlights every morning.

Kochie and Nat will be live to Mark Beretta at the centre of all the action in Tokyo, while a panel of some of our greatest ever Olympians and athletes’ families will be cheering on as our Olympians go for Gold.

7NEWS, Australia’s official Olympic news service, is the only network with unrestricted access to the Games and will have the biggest team on the ground in Tokyo.

And 7NEWS.com.au will be the #1 online destination for Olympic news, updates and daily event schedules.

The website will feature a dedicated hub for results and medal tallies, plus all the latest breaking news, exclusive content, in-depth features and the greatest stories from the Games.

Having the privilege of working on an Olympic Games is the stuff of dreams in our line of work. I can’t wait to do it all again.

Nothing beats being there and although things will look more than a little different, there’s no question Japan will deliver perhaps the best – and certainly most anticipated – Olympic Games ever. These Games are exactly what the world needs right now.

Australia’s team will be its biggest ever and it could be our most successful ever. Our team at Seven can’t wait to bring you all the stories, the goosebumps and all the raw emotion that comes with an Olympic Games. 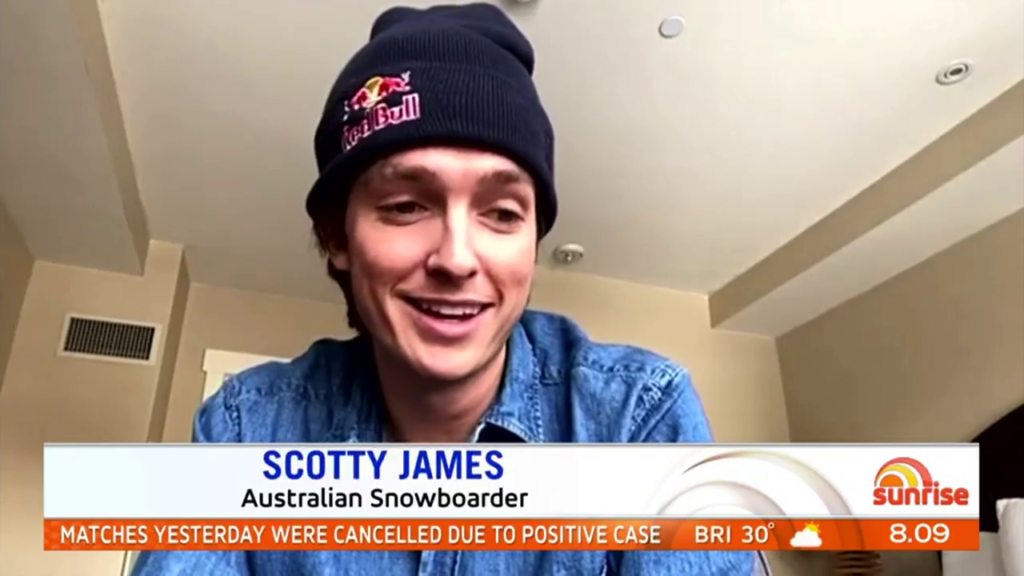 The countdown is on for Tokyo but it’s also less than a year to go until the Winter Olympic Games. Sunrise spoke with Aussie athletes ahead of their preparation for the competition.

Keep up with the latest 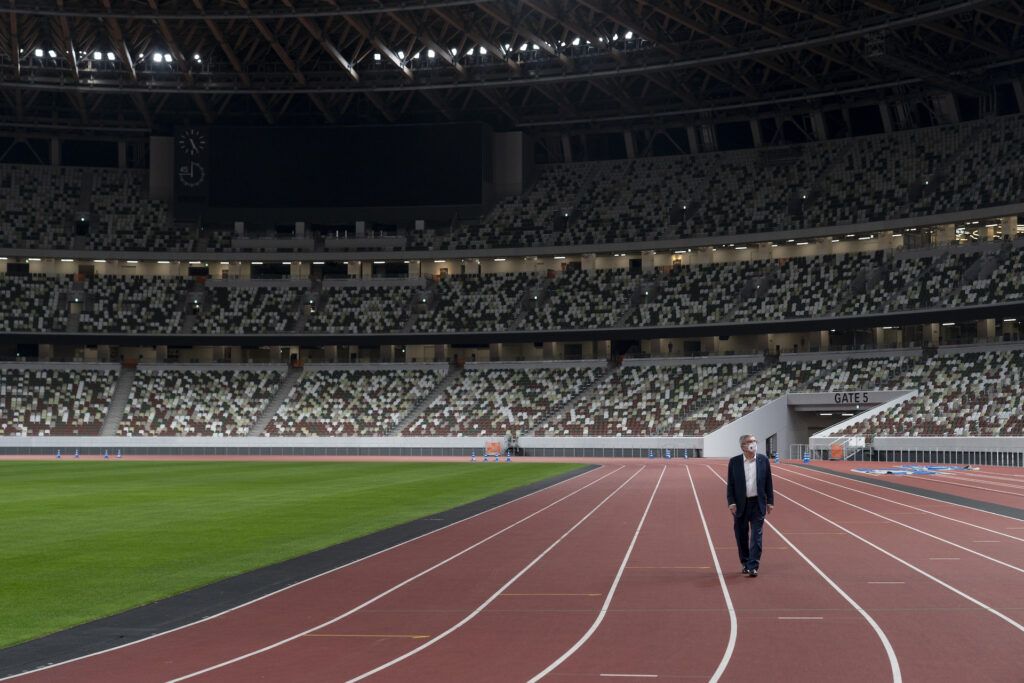