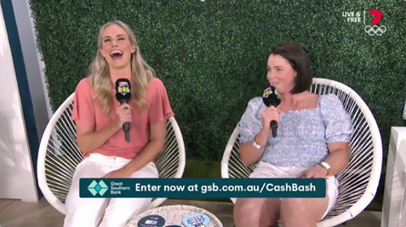 Great Southern Bank helps you get clever to achieve your Australian dream of owning your own home. To do this, Great Southern Bank inspires a clever attitude positioning empowering Aussies to adopt clever action through their range of products and services designed to help them achieve their own Happily Clever After.

The challenge? How can Great Southern Bank continue the momentum building a new brand promise and deliver impact for attention across Summer.

Reaching over 14 million Aussies through their cricket passion, together Great Southern Bank and Seven’s BBL partnership across all touchpoints helped inspire and empower Aussies for their own Happily Clever After.

Context – Alignment with mindset and environment

Most Clever Play of the Week

Great Southern Bank’s awareness levels consistently grew across the BBL season, enjoying an uplift of +22pts from 50% at the start of season to 72% during the conclusion – driving them as the highest ranked non-league partner for awareness.

Goal 2: Use multi-touch point executions to drive cut through and SOV to be heard and command attention.