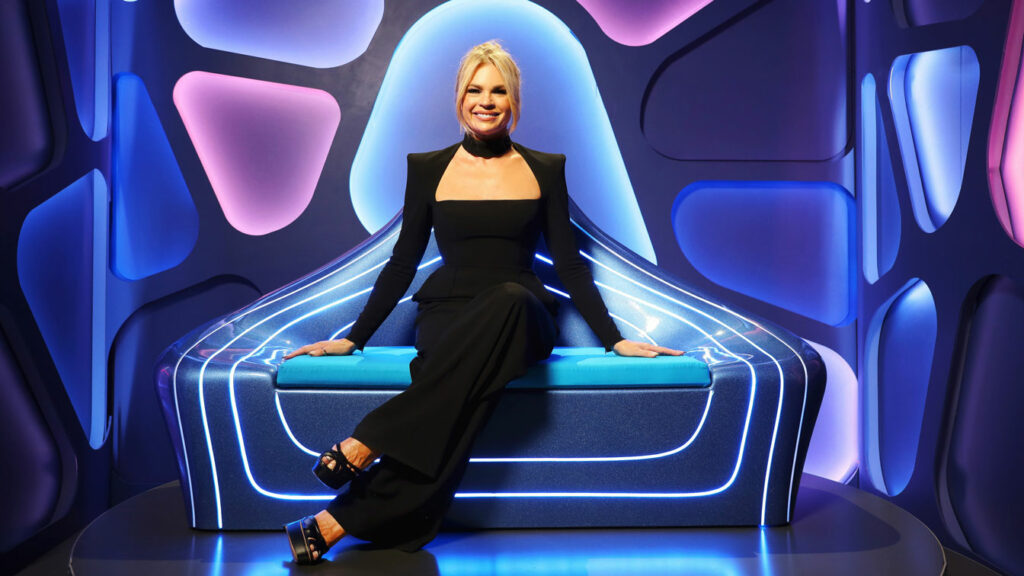 More than meets the eye

In 2020, one of the world’s biggest entertainment formats returned to Australian screens with a bang: Big Brother was back with a new voice, new format and new house filled with a modern melting pot of housemates.

Next week, 20 housemates will enter the Big Brother house where they will live together for more than 60 days, cut off from the outside world, with cameras and microphones recording their every move 24 hours a day.

These housemates think they know Big Brother but with new rules and massive twists in a house full of secrets, they will have to think on their feet and play the game hard if they want to make it to the end.

Ultimately, three housemates will be left standing and, in a live Grand Final television event, Australia will vote to determine who deserves to win Big Brother and the $250,000 prize.

Big Brother starts 7:30pm next Monday, 26 April on Channel 7 and 7plus 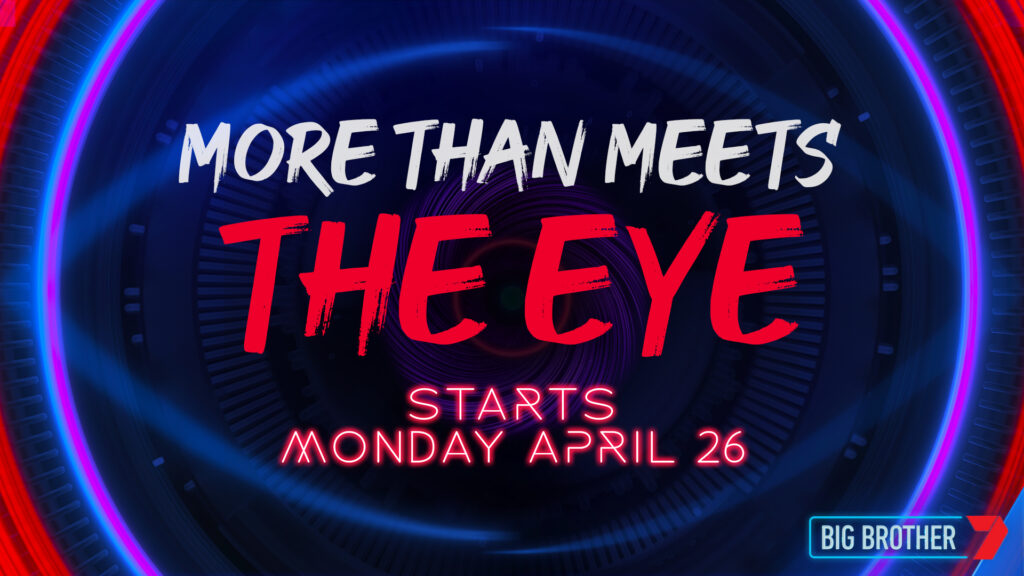 Big Brother is back and ready to play on Monday, 26 April

There’s more than meets the eye when the big daddy of reality tv returns with an unpredictable, addictive and thrilling new season on Monday, 26 April.

With an eviction every night and massive twists in a house full of secrets, housemates will have to think on their feet and play the game hard if they want a shot at the $250,000 prize.

These housemates come from all corners of Australia and all walks of life. They’re hungry to beat Big Brother at his own game but little do they know the wild and wicked surprises he’s got lurking above, below and behind every corner.

So take a look at what Big Brother’s got in store this season – and get ready to play!

Big Brother starts Monday, 26 April on Channel 7 and 7plus 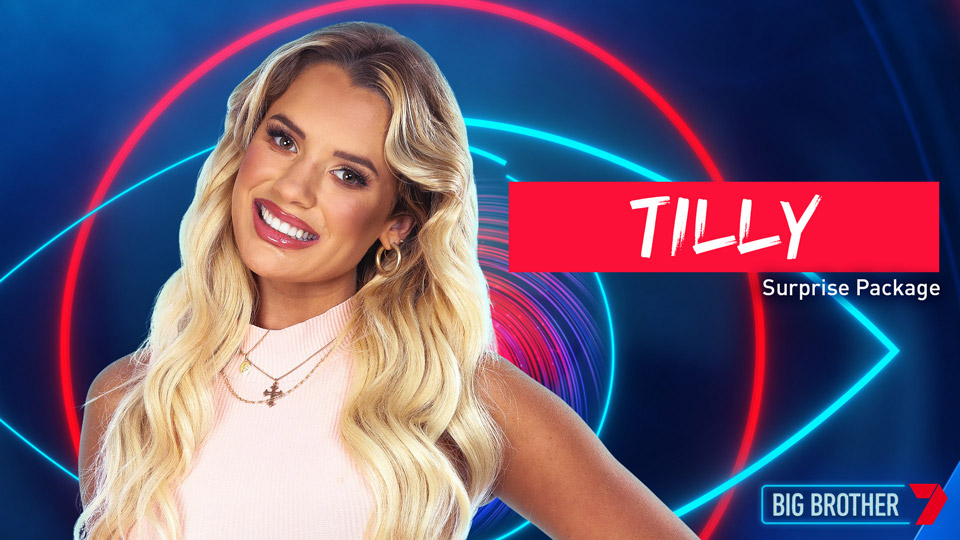 This 21-year-old student is literally smarter than she looks, literally

This blonde bombshell is used to being underestimated for the way she looks and speaks.

My whole life people look at my like I’m a bit stupid. I just want to prove my strength.

Tilly’s part of a new breed of housemate, who will find themselves living together, cut-off from the outside world with cameras and microphones recording their every move – 24 hours a day. 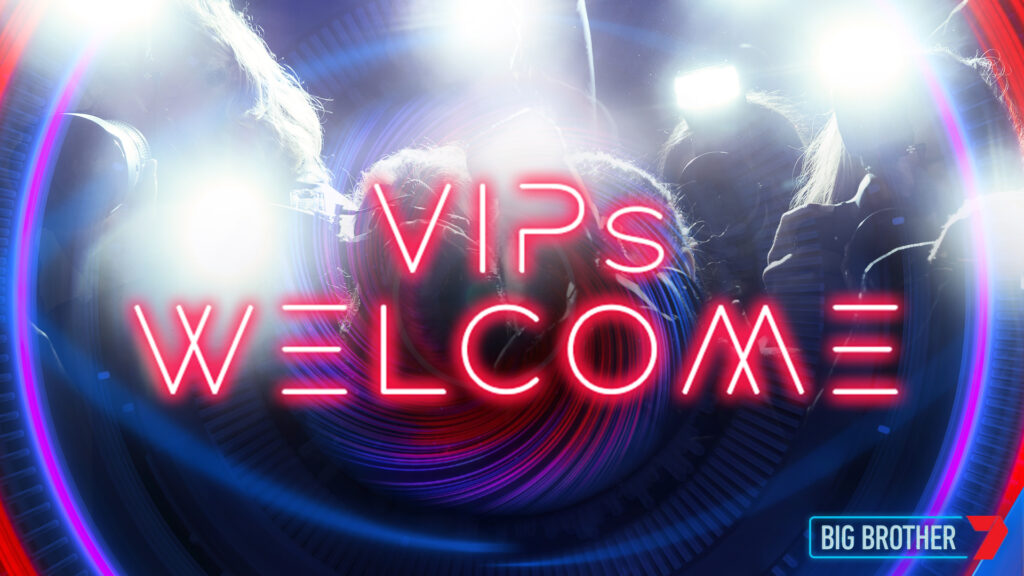 Big Brother’s game keeps getting bigger. The Seven Network today announced it has commissioned a special event series of the international mega-hit format – Big Brother VIP – which will debut on Australian screens later this year.

With the 2021 season of Big Brother set to kick off on Channel 7 and 7plus soon, today’s announcement underlines the success of the enduring and globally popular brand.

Big Brother VIP will be hosted by Sonia Kruger and feature some of Australia’s best-known celebrities, removed from the world they know and locked away in an all-new Big Brother house.

Sure to keep Australia guessing, the stars of Big Brother VIP will be announced soon. The series will be produced for Seven by Endemol Shine Australia.

The new season of Big Brother looks fantastic. We can’t wait for Australia to meet this year’s amazing collection of housemates and to start discovering the many surprises and twists we have built into the show.

With anticipation for the new season building, the time is right to commission Big Brother VIP. The celebrity format is a proven success around the world. It was a hit here in Australia almost two decades ago and we’re looking forward to introducing a whole new generation of celebrities to Big Brother. Let the game begin.

We were thrilled to be able to bring the new Big Brother to life on the Seven Network last year.

Across last year’s season and the upcoming 2021 season, over 40 everyday housemates have had a chance to play Big Brother’s game. We now welcome a host of celebrities to a brand-new house, seal them off from society and see who can survive the twists, turns and surprises that Big Brother has waiting inside. Who will win? Australia will decide. 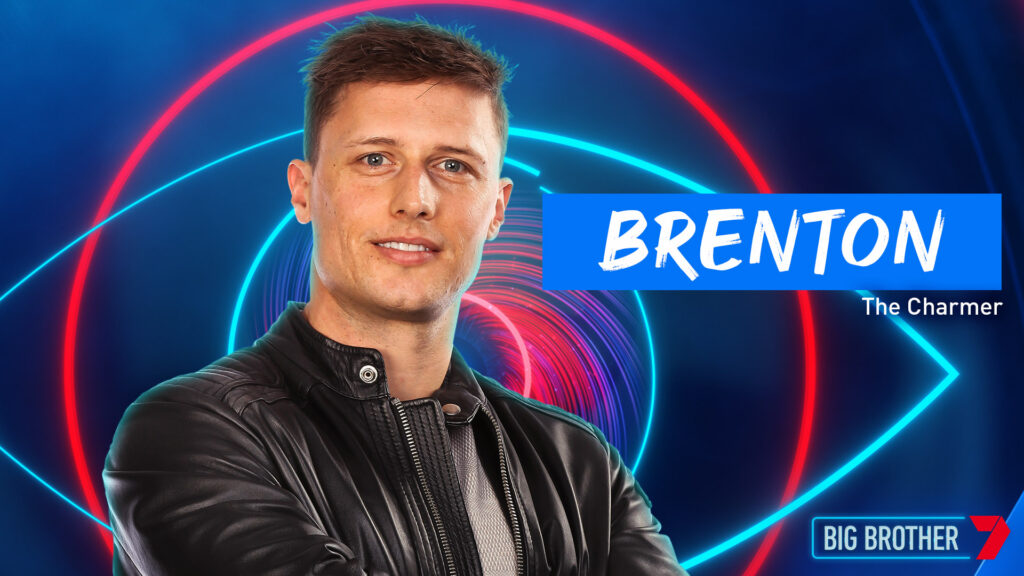 This 31-year-old account manager is on the charm offensive

This “very single” guy describes himself as a passionate person, and he’s playing Big Brother’s game to win.

I don’t go into anything to lose.

I’m going to use every skill I’ve got, whether its charming them with cooking or charming them physically. There’s not a single challenge that’s going to break me.

Will finding love in the house be Brenton’s weakness?

Brenton’s part of a new breed of housemate, who will find themselves living together, cut-off from the outside world with cameras and microphones recording their every move – 24 hours a day. 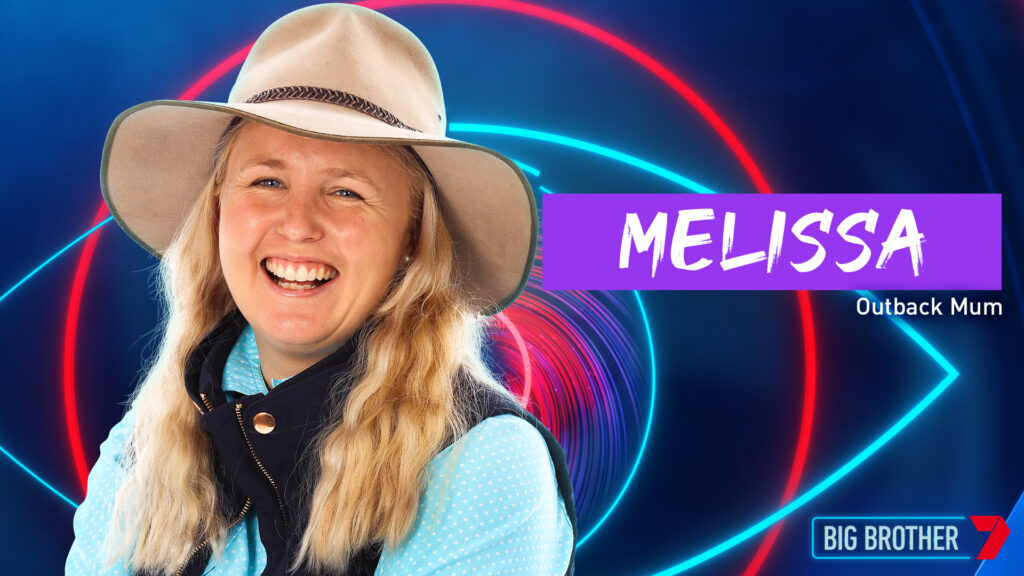 Take a look at Melissa

After battling everything from drought to bushfire, this outback mum is only just hanging on to her family farm.

Leaving her three young children at home for the first time, she’s entering Big Brother’s house with her eyes firmly on the prize.

Winning Big Brother will save our family farm and my kids will be ok.

That’s all I want for them, to secure their future. Nothing will break me.

Melissa’s part of a new breed of housemate, who will find themselves living together, cut-off from the outside world with cameras and microphones recording their every move – 24 hours a day. 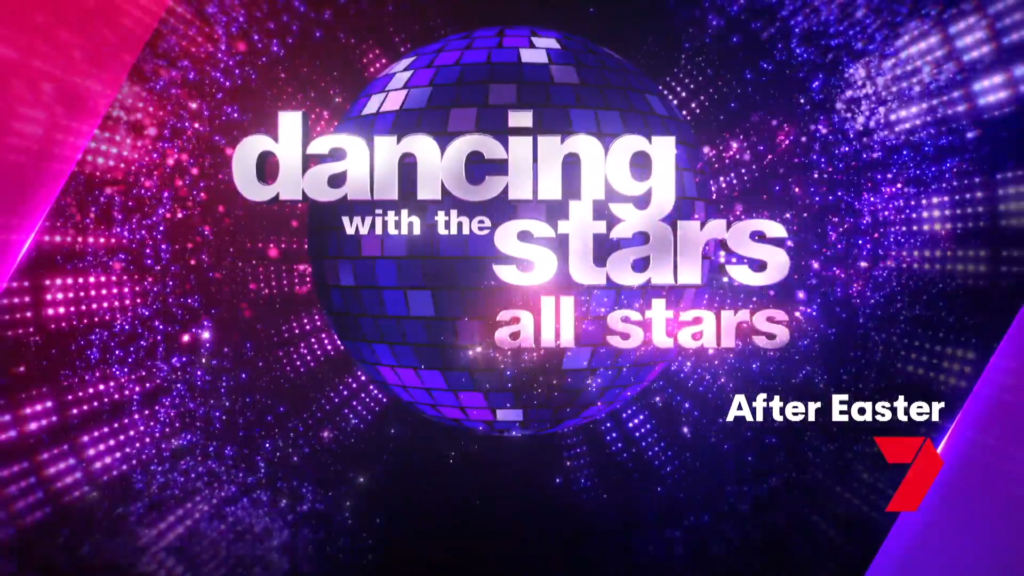 Take the first look at Dancing With The Stars: All Stars

It’s one of the world’s most-loved television shows and a true global phenomenon, refreshed, reimagined and ready to take to a whole new stage. It’s Dancing With The Stars: All Stars and it’s waltzing its way to Channel 7 and 7plus after Easter.

Take a first look at what’s to come, as returning fan favourites including five champions and four wildcard entrants prepare to dance their hearts out for the coveted mirror ball trophy.

The stars, the dazzling costumes, the ballroom drama, some amazing flashbacks to seasons past and – of course – the dancing are back in this brand-new, two-week special event.

The hits keep coming, as Dancing With The Stars: All Stars sees the return of beloved original hosts Daryl Somers and Sonia Kruger, plus the original judges Helen Richey, Todd McKenney, Paul Mercurio and Mark Wilson.

Competing alongside the returning all stars will be wildcard entrants Jessica Gomes, Matty Johnson, Renee Bargh and Schapelle Corby.

The last celebrity standing will take home the iconic Dancing With The Stars trophy, claim boasting rights and earn prizemoney for their nominated charity.

Dancing With The Stars: All Stars is coming to Channel 7 and 7plus after Easter

This fierce fashion icon believes her winning edge will be playing Big Brother’s game with humanity, kindness, understanding and an open heart.

I might be the oldest but I have an opportunity to prove to people that you can all put yourself outside of a comfort zone and fly.

SJ and a new breed of housemates will find themselves living together, cut-off from the outside world with cameras and microphones recording their every move – 24 hours a day. 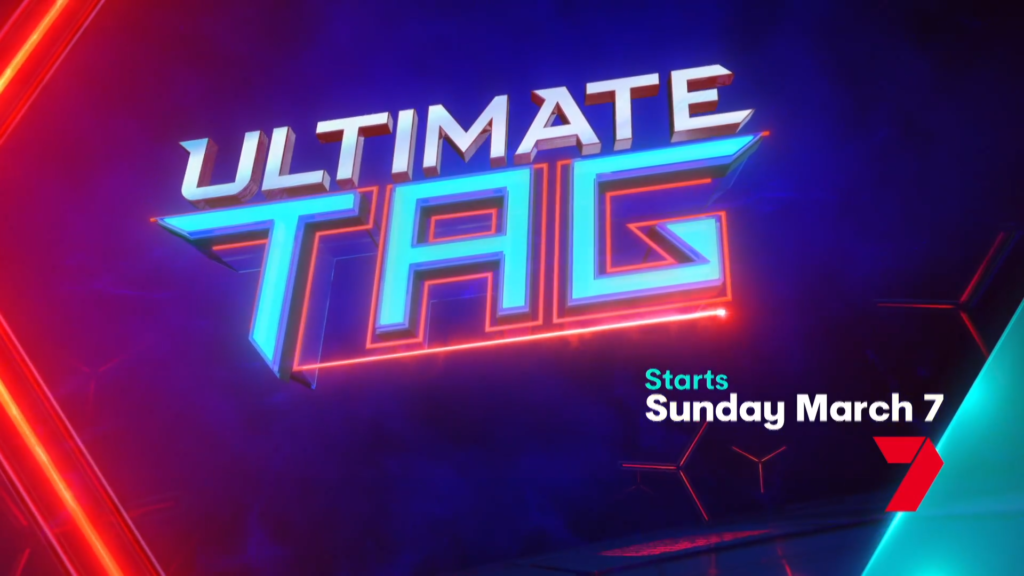 If you think you know the game of tag, think again – Ultimate Tag turns the childhood game into a turbocharged tournament between Players and Pro Taggers. Players must run, spin, dodge, tumble and dive their way through huge obstacle courses with the simple goal: Don’t. Get. Caught!

The elite Pro Taggers, whose job it is to stop the Players at every turn, are the fittest, fastest and fiercest athletes in Australia. With backgrounds including world champions, parkour icons, sprinters, gymnasts and martial arts professionals, these superheroes are set to amaze with their masterful strategy and skill, stopping at nothing to claim their tag.

The Players, everyday Aussies from all walks of life, must avoid being tagged at all cost, leading to thrills, spills and awe-inspiring skills.

I’m so excited to introduce Australia to these extraordinary Players and Pro Taggers. I’ve been lucky enough to line up against some of the best athletes in the world and our Pro Taggers are on the same elite level. Their mind-blowing feats of athleticism, lighting fast pace and strategic skill will keep you on the edge of your seat and yes they’ll even be wearing lycra, thank god it’s them and not me.

It’s finally here! I cannot wait for everyone to fall in love with this show like I have. Expect high-octane thrills, big characters and even bigger courses. Ultimate Tag is like nothing you’ve ever seen before.

Ultimate Tag starts 7.00pm Sunday, 7 March on Channel 7 and 7plus 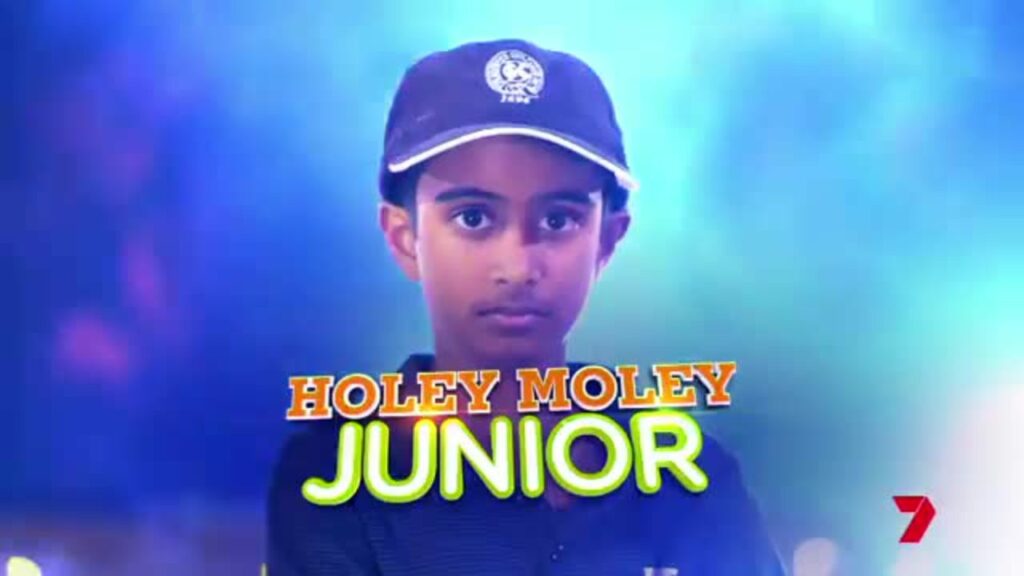 The kids are on par!

Holey Moley Junior steps up to the tee

Holey Moley Junior brings together eight of the country’s most talented junior mini golfers, ranging in age from eight to 10 years, to battle it out across three wild rounds.

While they show off their incredible skills on the most extreme mini golf course on the planet, these competitive kids are chasing the ultimate prize: the Holey Moley plaid jacket, golden putter, a whopping $10,000 golf shopping spree and being crowned the world’s first-ever Holey Moley Junior Champion.

How will these golfing stars of tomorrow deal with the death-defying Holey Moley obstacles? That’s where their parents step in. While the kids take the putts, their adult caddies will take the hits on diabolical course favourites, including Putter Ducky, Dutch Courage, Putt the Plank any many more.

With hours of daily training and prior wins in junior golf tournaments, it’s an even pack heading into the competition.

Holey Moley is created and produced by Eureka Productions for the Seven Network.

Holey Moley Junior at 7.30pm Monday, 1 March on Channel 7 and 7plus