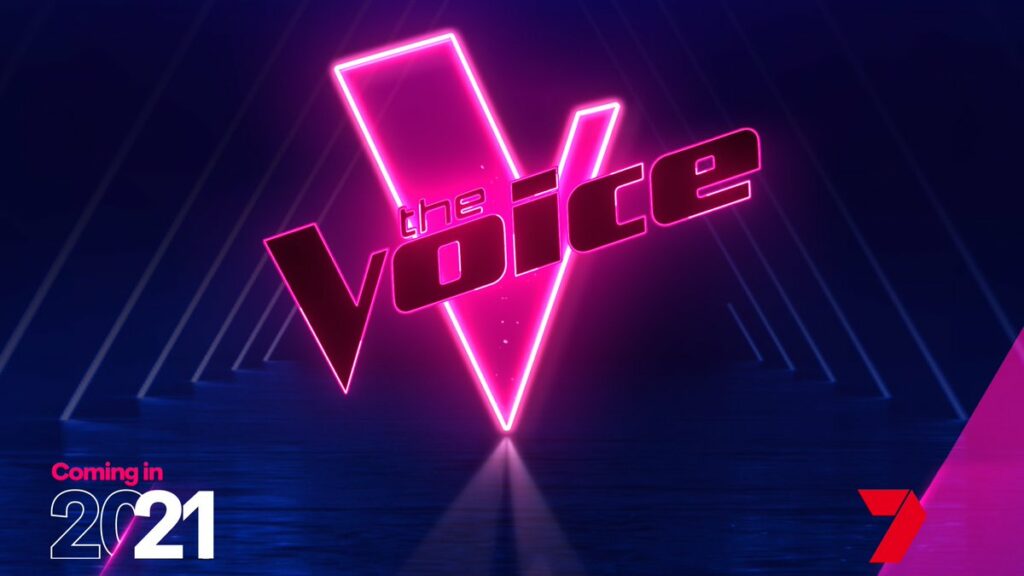 
It’s the world’s biggest singing competition and now the new-look series of The Voice is set to premiere on its new home on the Seven Network in 2021 with four superstar coaches.

One of the most successful formats in the world, the 10th season of The Voice will be hosted by Sonia Kruger and features surprising new elements, plus the strongest ever line-up of artists competing to be crowned the winner.

The stars have finally aligned again! Ten years after spinning in the first season, and just before getting back on stage around the world, I’ve been invited back alongside a very cool and musically diverse panel.

I love The Voice and I absolutely adore Australia so this is a match made in heaven. Having been a coach on the UK series, I know just how powerful it can be in making dreams come true. I can’t wait to find Australia’s next superstar.

The evolution of The Voice in 2021 is genuinely exciting. I am so happy to be working alongside these amazing coaches. I have known Jess for a long time, I am a huge admirer of Keith and Rita is a great talent. I really feel like this panel will genuinely nurture a new generation of artists.

I’m so proud of the talent that exists in this country. I know firsthand exactly how life-changing a show like this can be, so I’m honoured to be part of such an experienced team of coaches and I’m looking forward to some amazing chair-turning moments.

A decade after it first debuted in The Netherlands, The Voice remains a global phenomenon, airing in 180 countries.

A show as extraordinary as The Voice deserves superstars as its coaches and that is what we will deliver in 2021. Keith, Rita, Guy and Jess are the best of the best and we are thrilled they have chosen to mentor a such a talented group of singers.

We can’t wait to bring the new-look series of The Voice to Seven, where it will join our other hit shows including Big Brother, Farmer Wants A Wife, SAS Australia, Holey Moley and many more.

Combined with a revitalised and more dynamic format, ground-breaking new design, and most importantly phenomenal artists delivering incredible performances, The Voice promises to be one of the TV events of 2021.

We are tremendously excited by the fantastic new line-up of internationally acclaimed coaches for The Voice in 2021.This will undoubtedly be a series like no other! We seriously cannot wait to bring this brand new season to audiences on Seven – it’s going to be phenomenal.

The Voice is an ITV Studios Australia production for the Seven Network. It will premiere across the screens of Seven in 2021.

Keith Urban is a one of a kind artist: a world renowned musician, producer, songwriter and singer whose music defies categorising by genre. Driven by an insatiable creative hunger, he breaks the moulds of stereotype and absorbs musical inspiration from everywhere. Urban released his 10th studio album THE SPEED OF NOW Part 1 in September 2020 with a #1
debut in Australia, the US and Canada. His live shows are an explosive experience of emotion, energy and showmanship and he makes it his goal to connect and touch every soul, whether in an arena of 15,000 or outdoors in front of 50,000. He possesses an innate ability to connect with people both musically and personally. A winner of scores of accolades, Urban is a five-time ARIA and four-time Grammy Award winner, and has also won the coveted ACM and CMA Entertainer of the Year. Collaboration has always played a part in Keith’s creative odyssey, having found a common language whether on stage or in the studio with a diverse list of artists including Post Malone, Taylor Swift, Nile Rodgers, John Mayer, Eric Church, Keith Richards and Julia Michaels.

Rita Ora is an international pop singer with four #1 UK singles and holds the record for the most top 10 singles for a British female artist in the UK with a total of 13. Her US debut album Phoenix has amassed over three billion streams worldwide, spawned three platinum singles and includes Lonely Together, her collaboration with Avicii, which won Best Dance VMA at the 2018 MTV Video Music Awards. Her debut album Ora premiered at #1 on the UK charts and was certified platinum. Rita is a multi-talented industry leader across music, acting, culture and fashion. Her film credits include the Fifty Shades of Grey franchise, Fast & Furious, Southpaw, POKÉMON Detective Pikachu and the upcoming Sky original movie TWIST alongside Michael Caine and Lena Headey, in which she plays the female iteration of the Artful Dodger.

Guy Sebastian’s ninth record T.R.U.T.H. rocketed to the top of the ARIA Albums Chart this year to become his third #1 record, spawning the mega hits Choir, Before I Go, Standing With You and Love On Display, as well as a hot ticket arena tour set for November Sebastian boasts six #1 singles, the most by any Australian male artist in ARIA history, and three #1 albums. As the first-ever Australian contestant at the 2015 Eurovision Song Contest, which attracted 200 million viewers, Sebastian finished in fifth place. He has shifted well over seven million combined units worldwide, has 723 million streams worldwide while attaining 42 Platinum certifications since he first exploded through our TV sets and into our hearts as the winner of the inaugural season of Australian Idol back in 2003. As one of Australia’s most successful singer/songwriter/producers, Sebastian’s unwavering passion for music translates into consistently authentic, memorable performances. The golden thread that runs through each Guy Sebastian song is his ability to manifest very specific emotional moments using that God-given musical instrument: his voice.

Pop icon, actress, musician, role model – Jessica Mauboy is an accomplished songwriter and pianist with serious acting chops and multiple accolades. She first burst onto our screens in 2006 and has been a fixture on radio, TV and film ever since. Thanks to the juggernaut that is the Eurovision Song Contest, the globe soon came to know the unique voice of this proudly Australian Indigenous woman. She has expertly made the mix of R ‘n’ B, pop, funk, soul, hip hop and dance her infectious signature sound. Mauboy is not only a fan favourite, she’s earned the respect of her industry peers, as an ARIA winner for Best Female in 2013, and an AACTA award winner for her breakout role in The Sapphires. She has achieved six top 10 albums, 16 top 20 singles, with a whopping 600 million-plus streams. She’s collaborated with the likes of Flo Rida, Snoop Dogg, Ludacris, Jay Sean, and Pitbull, and has taken her hits on the road with three successful tours since 2012. A conscientious custodian of her heritage, she is also a proud ambassador for the Indigenous Literacy Foundation, spending time in many remote communities, understanding the challenges and barriers to literacy.