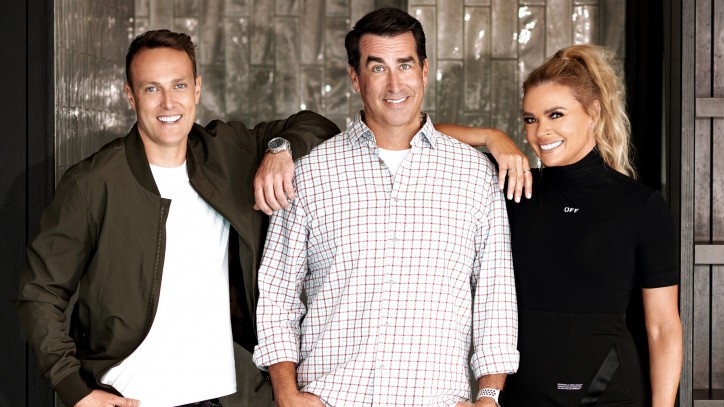 Sonia will host the show set to premiere on Channel 7 in 2021, with Matt sharing commentating honours with Rob (Saturday Night Live,The Hangover, Step Brothers, The Other Guy), who is fresh from the smash hit second season of US Holey Moley.

The trio will feature with one of the world’s most successful golfers, Australian sporting great Greg Norman, who will serve as the Resident Golf Pro of the epic Holey Moley course.

Holey Moley is refreshingly new, utterly unique and completely bonkers, which I’m pretty sure is why they thought I’d be a natural fit.

It’s a total thrill to be working with the god of golf himself, the one and only Great White Shark, Greg Norman. Plus, I get to work with international comedy megastar Rob Riggle and Aussie sporting champion Matt Shirvington, or Shirvo and Riggle as I like to call them, which I’ll probably just shorten to ‘Shiggle’ for economy of words.

No stranger to a spiked sports shoe, former athletics star Matt is pumped to hit the course.

Holey Moley is such an insane concept. Sport meets entertainment on a mind-blowing scale

I’m really looking forward to sharing the desk with Rob. I’m a huge fan of his work, he’s hilarious. Getting the chance to work with Sonia again on such a mad show is amazing, she’s such great fun. And of course, The Shark; few Australians have dominated their sport to the degree Greg Norman has – he’s one of the true Aussie legends, an absolute powerhouse.

Holey Moley is serious family fun. From the sensational course you must see to believe, to the brilliant comedy and the make or break putts, this series will deliver unpredictable entertainment. Audiences can expect the unexpected on the Holey Moley course.

Each episode, one winner will take home the “Golden Putter” trophy and coveted Holey Moley plaid jacket. Then, in the Grand Final, the winners from every episode will face off for the chance to take home the $100,000 grand prize. It all comes down to one putt!