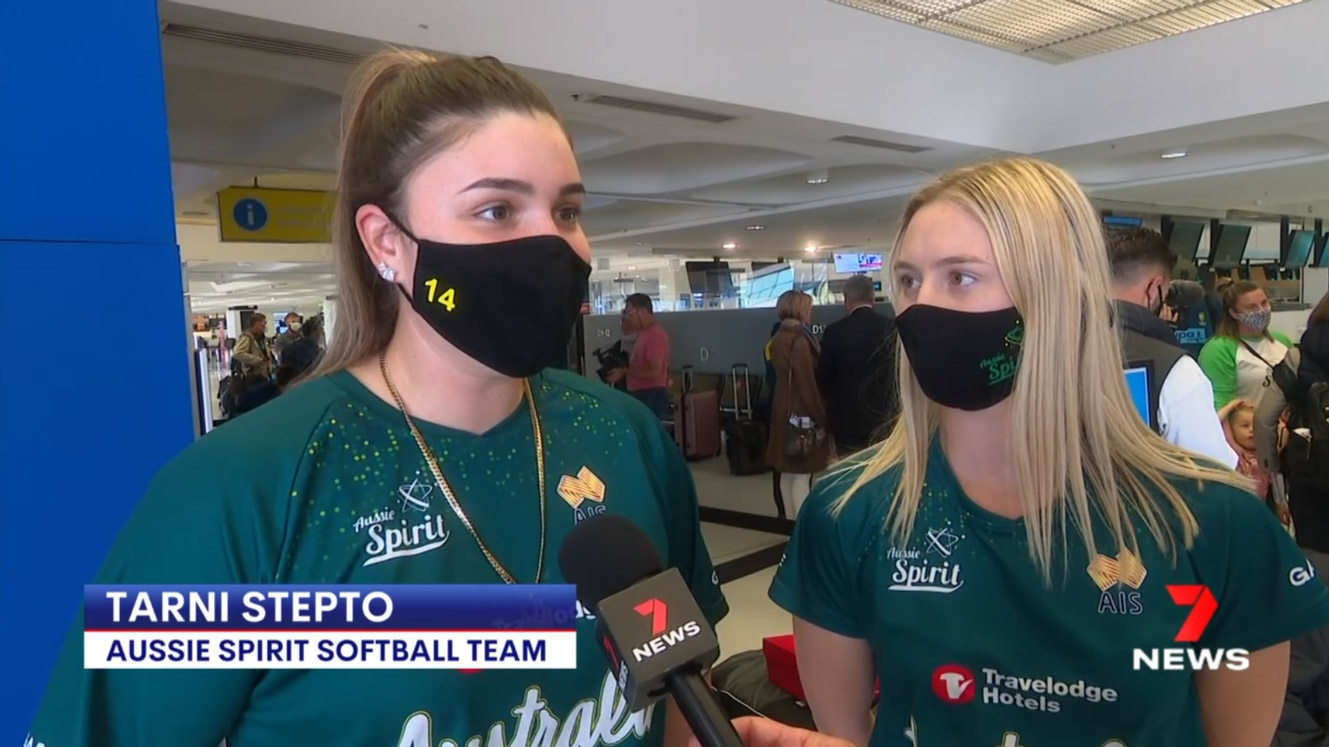 The Tokyo Games are starting to feel a little more real with the first Australian athletes flying out to Japan. Our softballers, who are desperate to get a head start on preparations are the first international competitors to arrive in the Olympic city.

The Aussie Spirit squad will be based in an Ota City hotel before entering the Olympic village. Players will only be allowed to leave the hotel for training and games during the coming weeks, while even stricter measures likely await as the International Olympic Committee (IOC) prepares to finalise guidelines.

We’ve done lots of training here in Australia to prepare for some of those difficulties we may face in Japan.

We know we have to go through lots and lots of COVID testing … that our movements will be very limited. But we’re all prepared for it. We will do everything we can to make sure we’re safe when we get there and stay safe while we’re in Japan.

Softball was not included in the 2012 and 2016 Games and set to be excluded from Paris 2024. As such, the team were understandably anxious as they waited to learn the fate of the Tokyo Olympics.

A lot of people have been waiting a few years to get that opportunity (to compete at an Olympics).

We had a lot of mental battles over the last year. The biggest thing about this team is we’ve become very adaptable.

And we know, doing the gold-medal ready program through the AIS, that adaptable athletes and teams are the ones who succeed at Olympics.