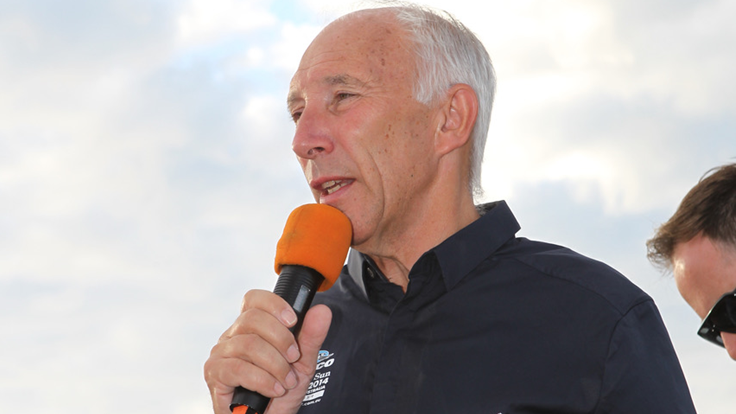 The voice of cycling joins Seven

Phil Liggett to call his 16th Olympic Games at Tokyo 2020

The Seven Network today announced the undisputed doyen of international cycling broadcasting, Phil Liggett, is the latest addition to its commentary team for next month’s Olympic Games Tokyo 2020.

Over a glittering 54-year career, Liggett has entrenched himself as cycling’s most authoritative voice. Later this month, he will begin covering a remarkable 49th Tour de France, while Tokyo 2020 will be his 16th Olympic Games.

Among a litany of professional accolades, Liggett was named a Member of the Order of the British Empire (MBE) in 2005 for services to cycling and inducted into the British Cycling Hall of Fame in 2009.

For Tokyo 2020, Liggett will join two of the greats of Australian cycling, Anna Meares and Scott McGrory, to cover all the action on the road and the track racing at the Olympic velodrome.

Liggett said he was counting down the days until the start of the world’s greatest sporting event in Tokyo.

Tokyo 2020 has been a long time coming and I’m over the moon to be part of Seven’s team again. Of the Olympic Games I’ve worked on, this shapes as the most challenging of them all, but cyclists are the toughest people in the world and I expect them to rise to the occasion.

The competition in Tokyo will be fiercer than ever, but there’s so much to look forward to for the Aussies. On the track, there’s obviously the team pursuit and we’re also expecting big things for Matt Glaetzer, as we are for stars like Richie Porte and Rohan Dennis on the road. I can’t wait for it all to get started.

As the countdown continues to the Olympic Games Opening Ceremony on 23 July, fans can look forward to the country’s biggest-ever broadcast and digital event. For the first time in Australian free-to-air television history, there will be 45 dedicated Olympic Games channels across Seven and 7plus, all live, free and in HD.

Leading Seven’s contingent on the ground in Tokyo, Mel McLaughlin and Mark Beretta will make sure audiences are kept up to date with all the latest news, colour and atmosphere of

the Games, while Jason Richardson will be trackside at the athletics and Nathan Templeton will be poolside for the swimming.

Exactly 16 days after the Olympic Flame is extinguished in Tokyo, a new one will be lit, signalling the start of the Paralympic Games. Johanna Griggs, Paralympic Gold medallist Annabelle Williams and Paralympics legend Kurt Fearnley will anchor Seven’s unprecedented coverage across Seven and 7plus featuring up to 16 live streams.