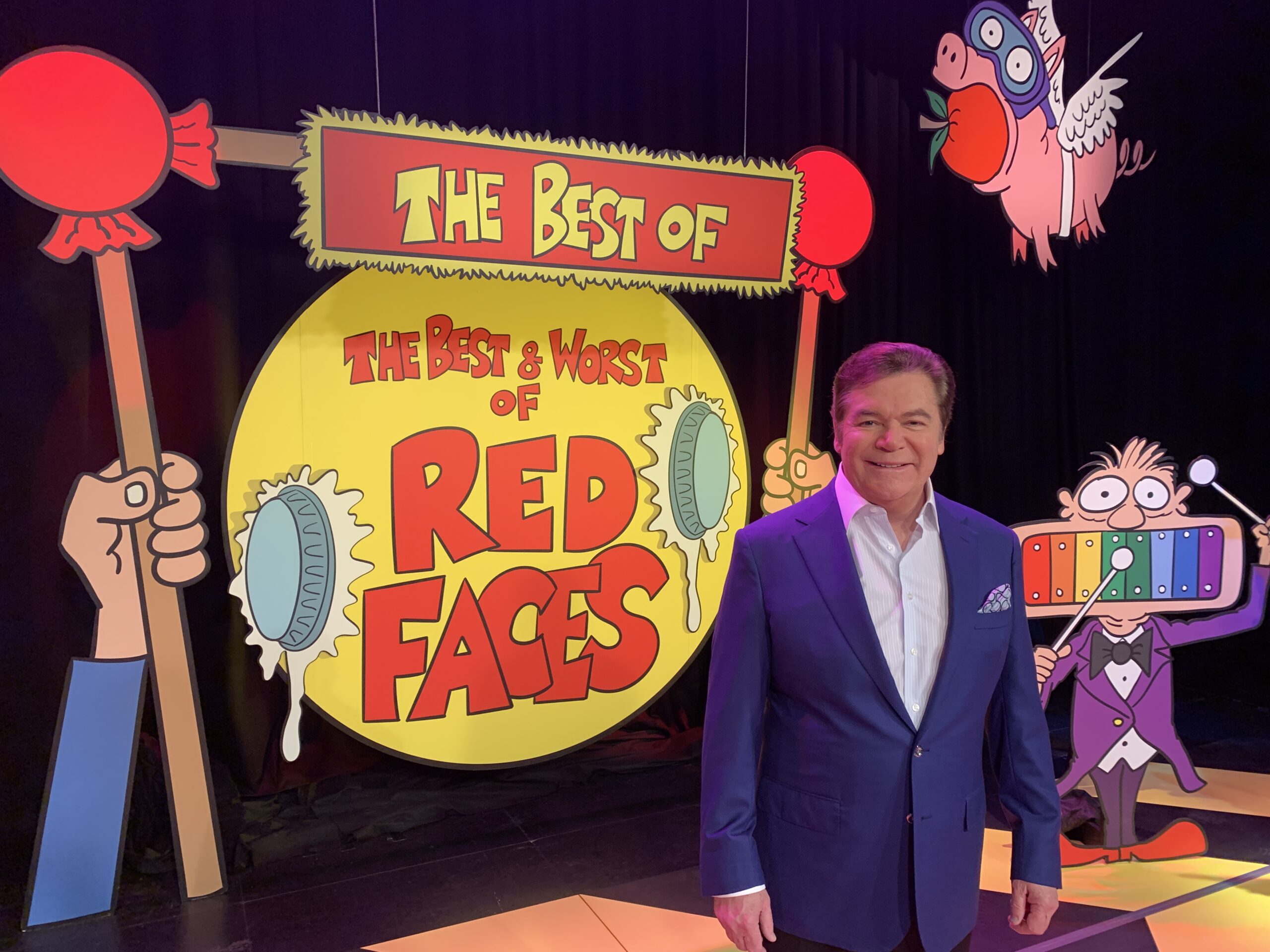 Following the enormous success of Hey Hey It’s Saturday’s 50th and tongue-in-cheek 100th Anniversary specials, tune in over two big nights for a celebration of one of the show’s most popular segments Red Faces, 7.00pm Sunday and 7.30pm Monday on Channel 7 and 7plus.

Celebrate the madness and mayhem that was Red Faces as host Daryl Somers takes a fun look back at some of the most funny, wild and peculiar acts ever to grace the Red Faces stage.

“We put these shows together with a box of tissues by our side to wipe away the tears of laughter. Re-living so many funny moments of Red Faces was an absolute blast and I thank the thousands of acts that made it so”.

Red Faces started out as a send up of New Faces, a popular talent show at the time, and soon took on a life of its own.

Each week, a cavalcade of famous faces joined the “Prince of Punishment” Red Symons and his infamous gong on the judging panel to be entertained, shocked and amused by the weird, wonderful and downright crazy acts.

We also feature audience favourites such as The Music Men, Chaotic Choir, The Bobsled Team, The Amazing Nigel and Harry and the Vegemite Kid.

The Best of ‘The Best & Worst of Red Faces’ premieres 7.00pm Sunday on Channel 7 and 7plus

Followed by The Very Best of ‘The Best & Worst of Red Faces’ 7.30pm Monday