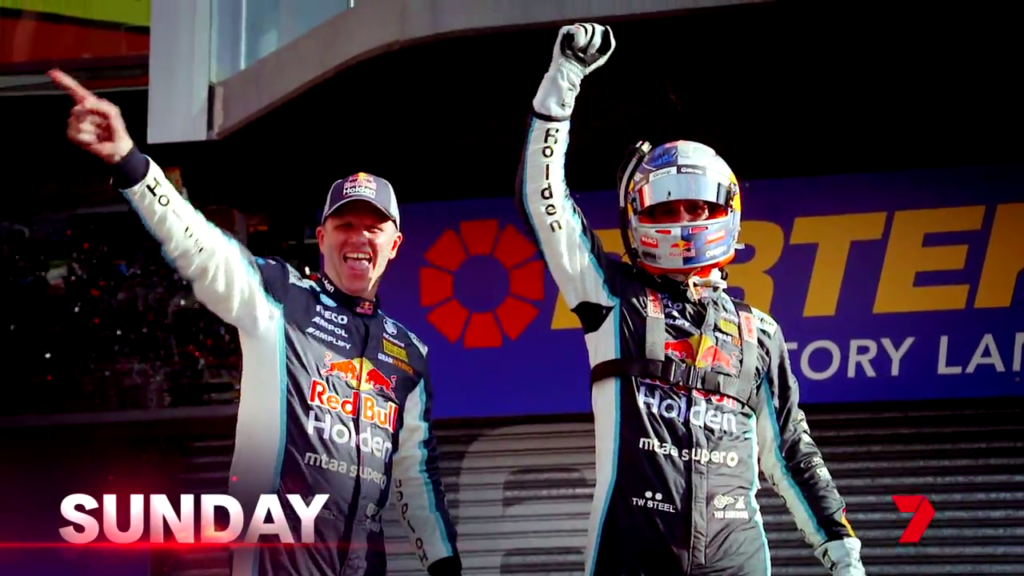 Australia, start your engines, because one of the best-ever weeks of live and free sport awaits on the Seven Network, starting this Friday when our nation’s greatest motorsport event, the Repco Bathurst 1000, roars into action.

The Bathurst 1000 is the jewel in the crown of the world’s premier touring car championship, Supercars, and Seven will bring fans three full days of high-octane action from Mount Panorama.

Seven’s live and free coverage starts at 10.30am AEDT Friday on Channel 7, 7mate and 7plus, and will feature the first twilight finish in Bathurst 1000 history, with the iconic 161-lap race set to come to a thrilling conclusion on Sunday evening. Seven’s broadcast of the all-important final day at Mount Panorama starts at 8.30am AEDT Sunday on Channel 7 and 7plus.

The Bathurst 1000 is just the start of Sunday’s unmissable sporting action on Seven. Not long after the chequered flag has come down at Mount Panorama, an epic new season of Big Bash League will kick off, when the competition’s reigning champions, Sydney Sixers, take on bitter rivals Melbourne Stars at 7.30pm AEDT on Channel 7 and 7mate.

Three days later, Test cricket’s most revered contest, the Ashes, begins when the game’s oldest rivals, Australia and England, renew hostilities on day one of the much-anticipated First Test at the Gabba. Seven’s coverage begins at 10.00am AEDT next Wednesday, 8 December, on Channel 7 and 7mate.

The Repco Supercars Championship has been building all year to this week at Australian motorsport’s spiritual home, Mount Panorama, where recently crowned 2021 champion Shane van Gisbergen will look to cap a brilliant season with a second consecutive Bathurst 1000 victory alongside co-driver Garth Tander.

This Sunday, for the very first time on a free-to-air broadcast of the Bathurst 1000, fans in the capital cities won’t miss a second of the great race as Seven’s coverage continues uninterrupted during commercial breaks via cutting-edge picture-in-picture (PiP) technology.

Seven’s Bathurst coverage will be led by a star-studded commentary team featuring two of Australia’s premier sport broadcasters, Mark Beretta and Abbey Gelmi, along with rising star Jack Perkins, who will provide expert comments in between competing in the Bathurst 1000 alongside co-driver Will Brown.

Highly respected motorsport journalist Chris Stubbs will have all the latest from Pit Lane, while fan favourites Brad Hodge and Emma Freedman will bring viewers all the colour, excitement and atmosphere from Mount Panorama.

Motorsport icons Neil Crompton and Mark Skaife will also be part of the telecast, while the ever-popular Mark Larkham will report from Pit Lane.

It’s already been a massive year of sport on Seven, but this week should be the biggest yet.

The Bathurst 1000 is without question the pinnacle of Australian motorsport and Seven will bring fans all the very best action from Mount Panorama across three full days of adrenaline-charged live and free racing, starting from this Friday.

When Supercars’ thrilling 2021 season finishes on Sunday evening, the Summer of Cricket takes over straight away. An electrifying new season of BBL kicks off on Sunday night with a blockbuster Sixers v. Stars clash, then Test cricket’s ultimate contest, the Ashes, gets underway next Wednesday at the Gabba. Strap yourself in now because this is just the start of the hottest summer ever on Seven. 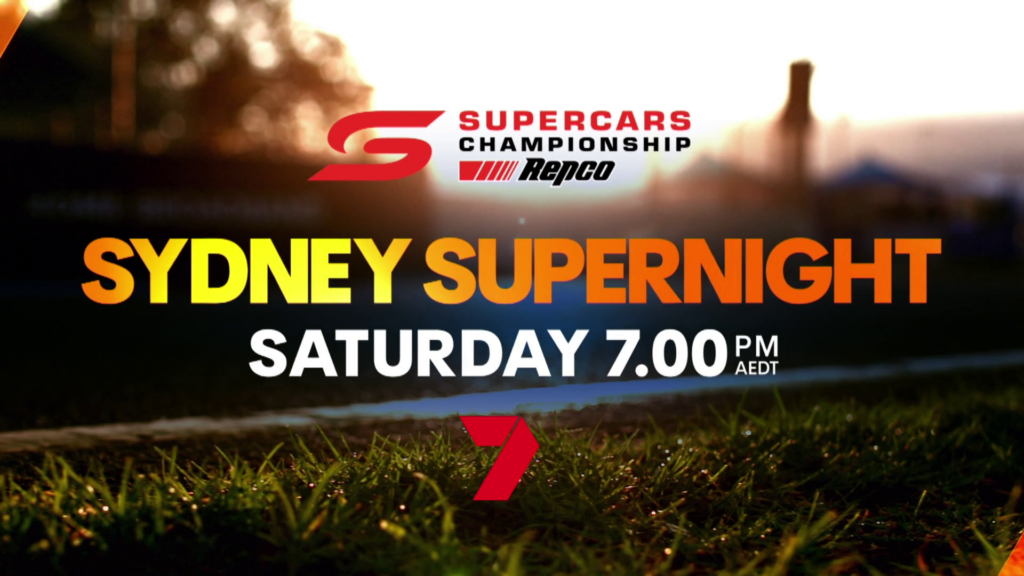 Sydney SuperNight live and free this Saturday and Sunday

The world’s greatest touring car championship, Supercars, blasts back into prime time on the Seven Network this weekend, when the stakes will be sky high at the season’s penultimate event, Beaurepaires Sydney SuperNight.

Shane van Gisbergen will be out to clinch the 2021 Repco Supercars Championship at Sydney Motorsport Park this weekend, which would cap an extraordinary year for the flying Kiwi when not even a broken collarbone and fractured ribs could slow him down.

This weekend’s two 250km Supercars races are also shaping up as crucial final tune-ups for drivers and their teams as they prepare to tackle Australian motorsport’s ultimate event, the Repo Bathurst 1000, live and free on Seven and 7plus from 3 December to 5 December.

The round’s opening Supercars race roars into action at 7.00pm AEDT this Saturday on Channel 7, 7mate and 7plus, when fans can look forward to two-and-a-half hours of elite motorsport action in prime time.

Saturday night is just part of a huge weekend of motorsport on Seven, with the live and free coverage from Sydney Motorsport Park kicking off at 4.30pm AEDT on Saturday on 7mate and 7plus, before continuing on Sunday from 12.30pm AEDT on Channel 7 and 7plus.

In addition to Saturday’s and Sunday’s Supercars races, the high-octane action on Seven will also include Supercars Top 10 Shootouts and support categories.

Fans will once again be able to watch both Supercars races uninterrupted during commercial breaks via cutting-edge picture-in-picture (PiP) technology.

It’s set to be a huge weekend of Supercars on Seven as we reach crunch time in the 2021 Championship.

Fans will again see the world’s best touring car drivers do battle under the bright lights of prime time, while this year’s Champion could be crowned by the end of the weekend.

After three weeks of sprint racing, teams will also be desperate to finetune their pit strategies and gain some momentum ahead of their date with destiny at Mount Panorama in two weeks’ time. The countdown to Australian motorsport’s most iconic race, the Repco Bathurst 1000, is well and truly on. 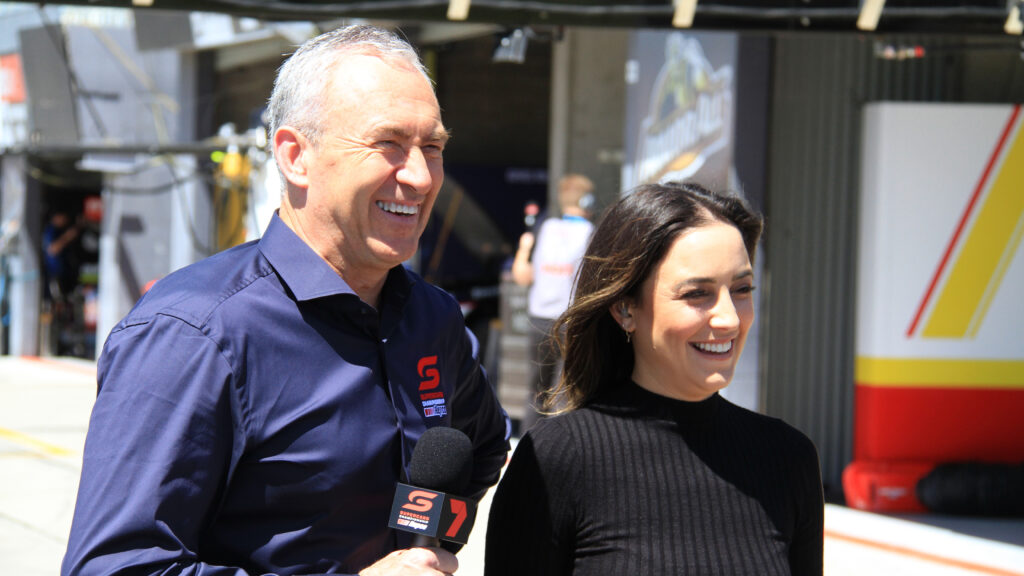 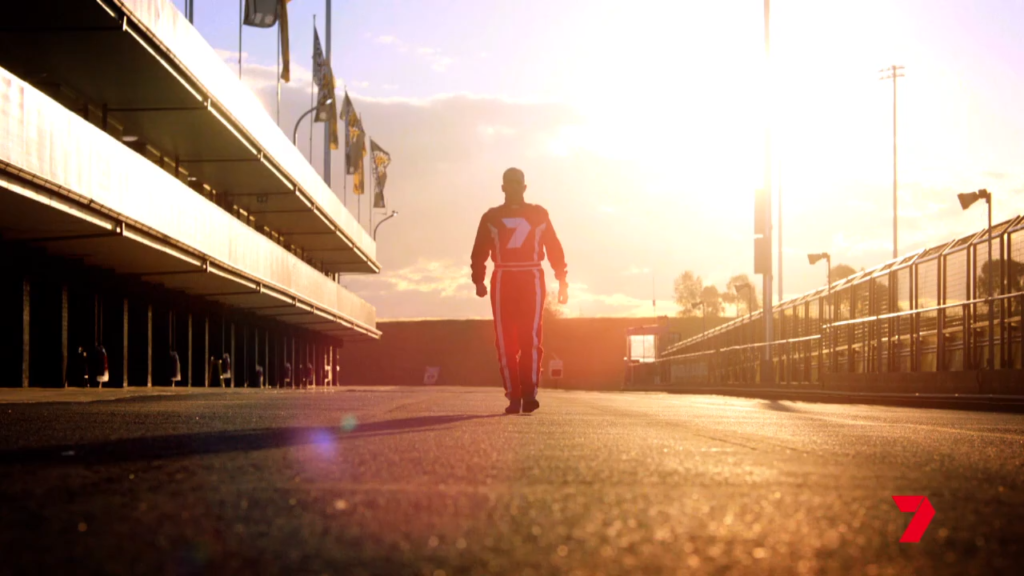