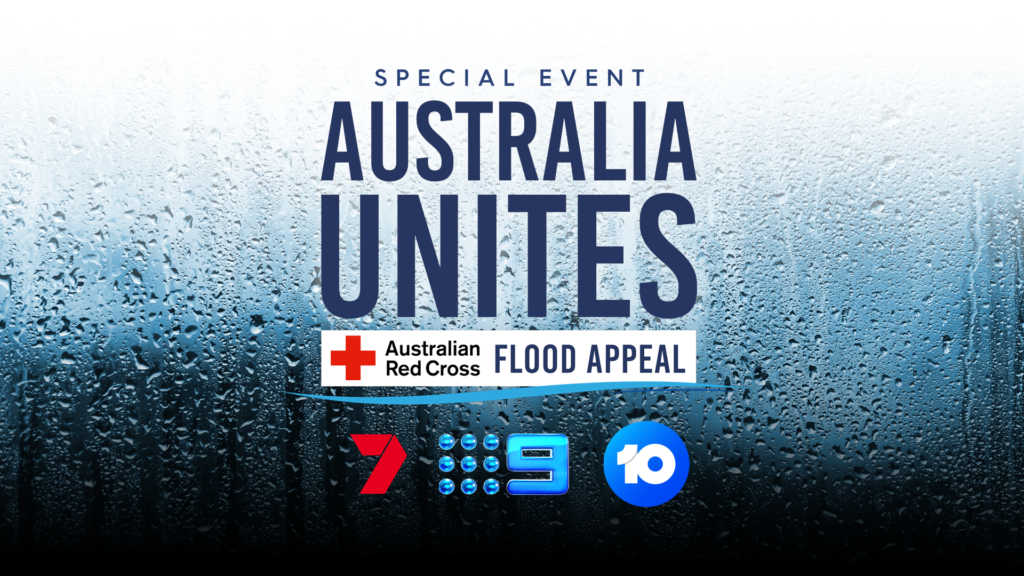 Aussie music legends unite for a great cause

Seven Network, Nine and Network 10 will unite for a star-studded event to help the most vulnerable people and communities who have suffered from the devastating floods across Queensland and New South Wales.

The three networks will jointly present Australia Unites: Red Cross Flood Appeal, live at 7.30pm this Saturday, 12 March at 7.30pm AEDT, on Channel 7 and 7plus, Channel 9 and 9Now, and 10 and 10 Play.

A host of Australian music greats will perform to raise money on the night, including Tones And I, Jimmy Barnes, Delta Goodrem, Jon Stevens, Vanessa Amorosi, Hunters and Collectors, The Living End, Casey Donovan and Sheppard.

All proceeds from the telethon will be donated to Australian Red Cross.

Whenever disaster strikes, Australian Red Cross works side by side with organisations such as the St Vincent de Paul Society, The Salvation Army, Lifeline and GIVIT to get help to where it’s needed most. They do an incredible job and the Red Cross is grateful to work alongside all of them.

Donations to the telethon will help Red Cross teams provide humanitarian support to people and communities smashed by the floods, which may include:

Red Cross will also provide financial assistance to help people and families affected by the unprecedented floods in Queensland and New South Wales and is working around the clock to distribute grants as fast as possible.

Apart from the telethon, Australian Red Cross has already launched a flood appeal. You can donate to it now at redcross.org.au/floodsappeal or by calling 1800 733 276. 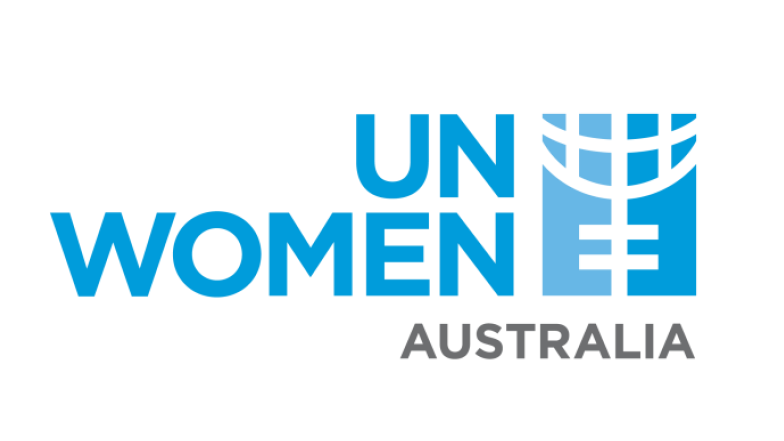 Seven West Media is proud to announce it has joined with UN Women Australia as the Australian broadcast partner for International Women’s Day (IWD) 2021.

The new partnership reflects the joint commitment of UN Women and Seven West Media to focus on gender equality and celebrate the accomplishments of women.

IWD is a global day celebrating the social, economic, cultural and political achievements of women. The day also marks a call to action for accelerating gender equality. Significant activity is witnessed worldwide as groups celebrate women’s achievements or rally for women’s equality, with the theme and focus for 2021 being “Women in Leadership: Achieving an equal future in a COVID-19 world”.

The partnership will see Seven West Media supporting key IWD events around Australia in the lead up to and on 5 March, three days before IWD.

We’re proud to enter into this partnership with UN Women Australia in support of International Women’s Day 2021.

For us, this is a natural partnership: our workforce has a 50-50 gender balance and over half of our managers are female. We’re honoured to join forces with UN Women Australia to celebrate International Women’s Day.

It provides an important opportunity to reach more Australians this IWD and beyond, with a call to action around why equality matters, and the steps we can all take every day to enable every woman and girl equal opportunities to lead, learn, earn and live a life free from violence and discrimination.

As part of the partnership with UN Women Australia, Seven presenters will host IWD events around Australia. The five events will run simultaneously, reaching thousands of people across Australia.

We look forward to celebrating on Friday, 5 March as we reflect on this year’s theme of empowering women in leadership in a COVID-19 world, and supporting equality.

A global champion for women and girls, UN Women is the United Nations entity responsible for promoting women’s empowerment and gender equality and was established to accelerate progress to meet the needs of women and girls worldwide. UN Women Australia is a registered charity in Australia which exists to raise funds for and awareness of UN Women’s work across the Pacific and around the world.

Each year, UN Women Australia hosts the pre-eminent International Women’s Day events around the country – in Brisbane, Sydney, Canberra, Melbourne and Perth – to celebrate global achievements and discuss actions needed to continue accelerating gender equality. The events create an opportunity for inclusion, drawing together people from diverse backgrounds across Australia to empower, inspire, motivate and benefit individuals and communities towards advancing gender equality, here in Australia and globally.

No country in the world has achieved gender equality. Through our events, we aim to put the spotlight on global issues that perpetuate gender inequality and highlight actions we can all take on the path to a gender equal world.