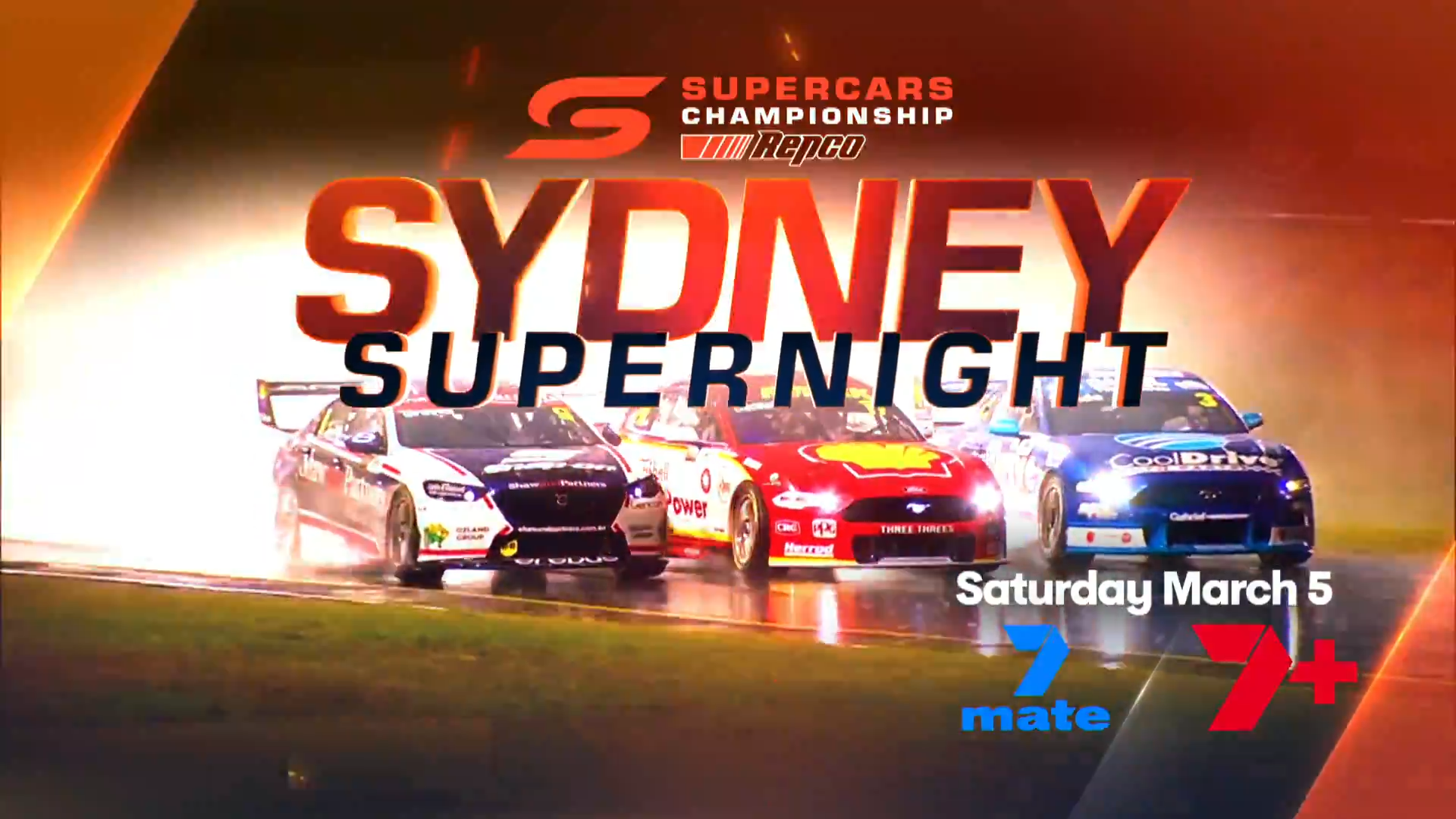 By HayleyMarch 1, 20227SPORT
No Comments

Beaurepaires Sydney SuperNight this weekend on Seven and 7plus

Sports fans are strapping themselves in for a thrilling 2022 Supercars season, as the Repco Supercars Championship kicks off with this weekend’s Beaurepaires Sydney SuperNight, live and free on Seven, 7mate and 7plus.

With five hours of live coverage each day, leading sports broadcaster Mark Beretta and former Supercars driver Jack Perkins will take viewers live to Sydney Motorsport Park for all the action from 4.30pm AEDT this Saturday, 5 March, on 7mate, before a 12.00pm AEDT start time on Sunday, 6 March, on Channel 7.

Throughout the 2022 Supercars season, fans can immerse themselves in all the high-octane action, with every race available live, free and in HD* on 7plus. Sports fans can go behind the scenes of a race day with replays and highlights from key races, as well as bonus Supercars content, including interviews with drivers, exclusive documentaries and behind the scenes vision.

It’s great to have Supercars back on Seven this weekend to mark the beginning of a highly anticipated 2022 season.

We are thrilled to once again broadcast the intensity, chaos and sheer passion shown on the Supercars circuit, straight into the homes of Australians. With world-class coverage led by Mark Beretta and Jack Perkins, the 2022 Supercars season will be unmissable.