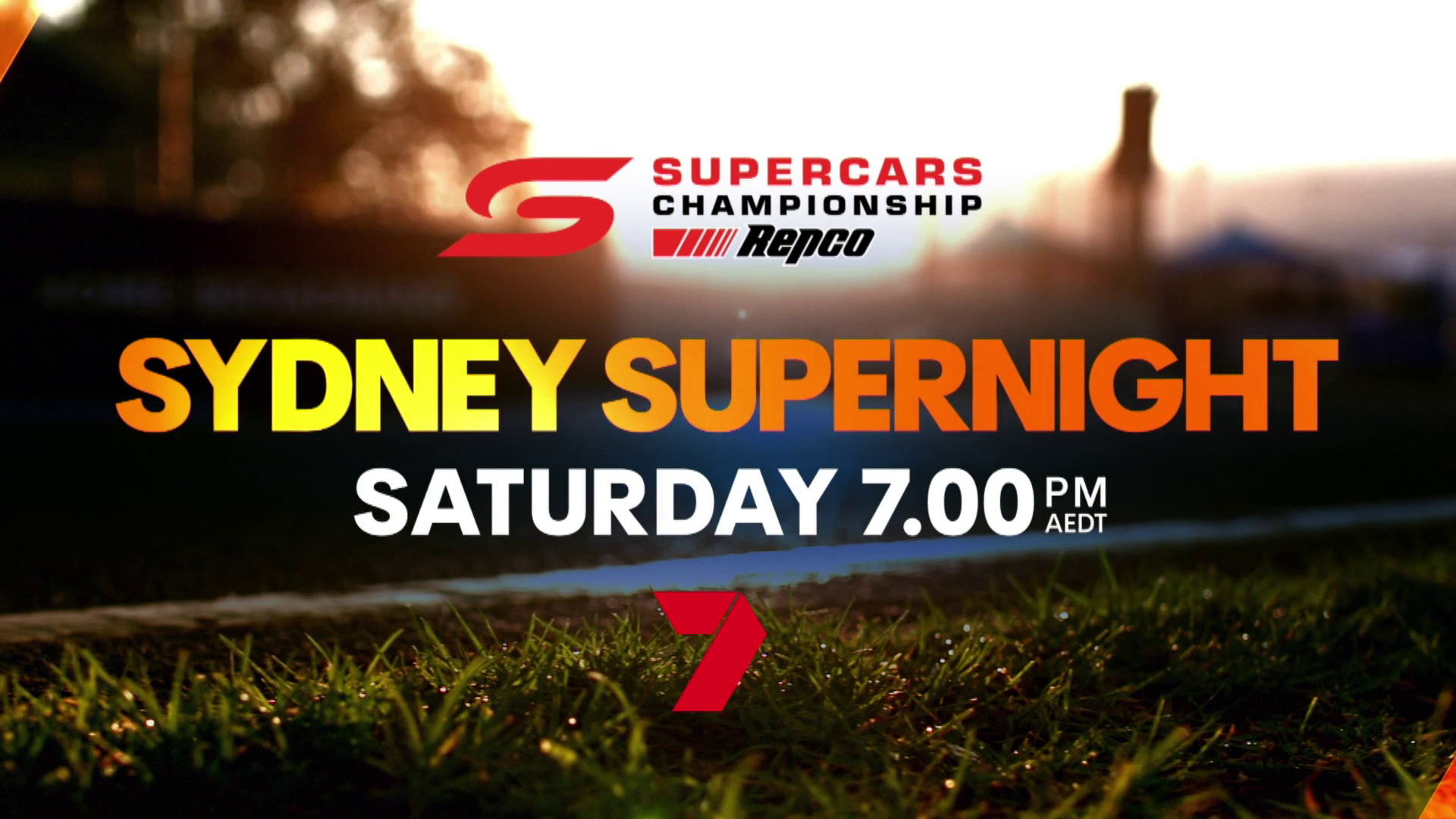 By HayleyNovember 19, 20217SPORT
No Comments

Sydney SuperNight live and free this Saturday and Sunday

The world’s greatest touring car championship, Supercars, blasts back into prime time on the Seven Network this weekend, when the stakes will be sky high at the season’s penultimate event, Beaurepaires Sydney SuperNight.

Shane van Gisbergen will be out to clinch the 2021 Repco Supercars Championship at Sydney Motorsport Park this weekend, which would cap an extraordinary year for the flying Kiwi when not even a broken collarbone and fractured ribs could slow him down.

This weekend’s two 250km Supercars races are also shaping up as crucial final tune-ups for drivers and their teams as they prepare to tackle Australian motorsport’s ultimate event, the Repo Bathurst 1000, live and free on Seven and 7plus from 3 December to 5 December.

The round’s opening Supercars race roars into action at 7.00pm AEDT this Saturday on Channel 7, 7mate and 7plus, when fans can look forward to two-and-a-half hours of elite motorsport action in prime time.

Saturday night is just part of a huge weekend of motorsport on Seven, with the live and free coverage from Sydney Motorsport Park kicking off at 4.30pm AEDT on Saturday on 7mate and 7plus, before continuing on Sunday from 12.30pm AEDT on Channel 7 and 7plus.

In addition to Saturday’s and Sunday’s Supercars races, the high-octane action on Seven will also include Supercars Top 10 Shootouts and support categories.

Fans will once again be able to watch both Supercars races uninterrupted during commercial breaks via cutting-edge picture-in-picture (PiP) technology.

It’s set to be a huge weekend of Supercars on Seven as we reach crunch time in the 2021 Championship.

Fans will again see the world’s best touring car drivers do battle under the bright lights of prime time, while this year’s Champion could be crowned by the end of the weekend.

After three weeks of sprint racing, teams will also be desperate to finetune their pit strategies and gain some momentum ahead of their date with destiny at Mount Panorama in two weeks’ time. The countdown to Australian motorsport’s most iconic race, the Repco Bathurst 1000, is well and truly on.