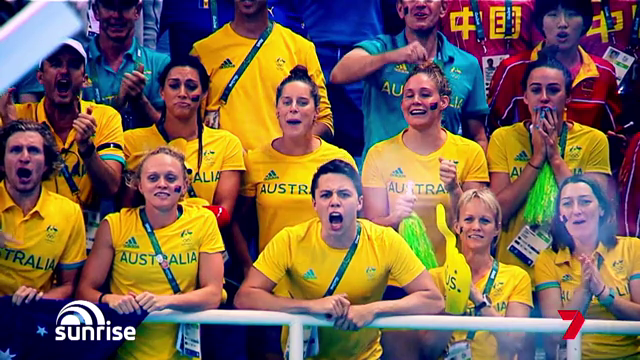 By HayleyJuly 21, 2021Olympics
No Comments

Sunrise has bolstered breakfast television’s #1 team with a cavalcade of Aussie sporting greats as part of its special coverage of the Olympic Games Tokyo 2020.

With the most anticipated Olympic Games ever now just days away, the Seven Network has announced Natalie Barr, David Koch and the Sunrise team will be joined by a panel of Australian Olympic icons led by Grant Hackett, Stephanie Rice, Sally Pearson, Giaan Rooney, Jana Pittman, John Steffensen, Shane Heal and Stuart O’Grady.

Fellow Olympic greats James Tomkins, Matthew Mitcham and Tom Burton will also be part of Sunrise’s coverage throughout the Games, along with 2012 ASP World Tour Champion Joel Parkinson as surfing makes its Olympic debut in Tokyo.

Australia’s greatest Olympian, five-time Gold medallist Ian Thorpe, will also join Nat and Kochie for several live crosses throughout the Games, while Sunrise’s own Mark Beretta will be live on the ground in Tokyo to bring viewers all the latest news, colour and atmosphere from the host city. Plus, Edwina Bartholomew will co-host Seven’s afternoon coverage of Tokyo 2020 alongside Olympian and 7NEWS presenter Matt Shirvington.

The families of our Olympians obviously cannot be in Tokyo for the Games, but a host of them will join Sunrise to lead Australia’s cheer squad back home.

Sunrise is the only place to wake up across the entire 17 days of Tokyo 2020. With an unrivalled panel of Aussie Olympic legends, Beretts at the centre of all the action in Tokyo and live competition as it gets underway each day, Nat, Kochie and the team will have all your Olympic action, news and drama covered.

Sunrise is the only Aussie brekky show where viewers will be able to see live competition from Tokyo and all the latest Olympic highlights, news and exclusive athlete interviews from 5.30am AEST on weekdays and 6.00am AEST on weekends.