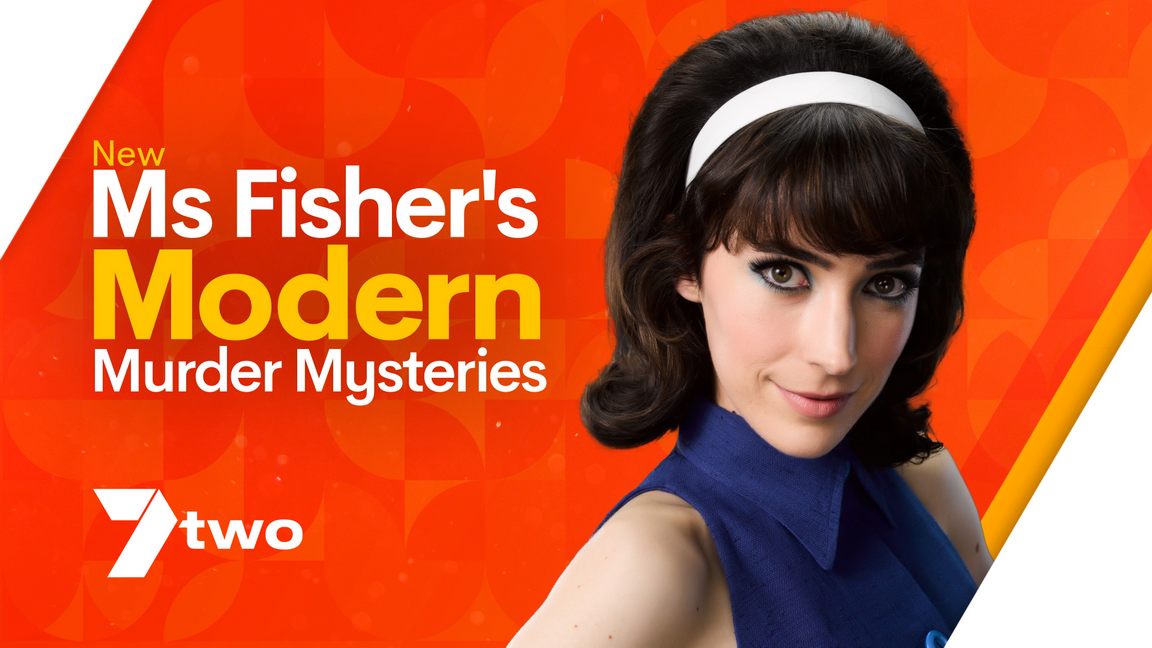 By HayleyMarch 3, 2022SEVEN
No Comments

Can one never-say-never sleuth woman juggle marriage, a career, and life as an Adventuress at the same time? Find out in the free-to-air premiere of the new season of Ms Fisher’s Modern Murder Mysteries, 8.30pm Wednesday, 9 March on 7two and 7plus.

Following in the footsteps of her famous aunt, Peregrine Fisher (Geraldine Hakewill, Wanted, Wakefield) returns to prove herself as a world-class private detective in her own right, as crimes continue to unfold around her in the streets of 1960s Melbourne.

The second season features returning co-stars Joel Jackson (Peter Allen: Not The Boy Next Door, Deadline Gallipoli) as the smart, ambitious Detective James Steed; Catherine McClements (Wentworth, Water Rats) as Birdie, an ex-member of WW2 Special Forces and head of The Adventuresses Club: a group of exceptional women of which Peregrine’s celebrated aunt was a member; and Birdie’s gadget-designing brother, Samuel (Toby Truslove).

Peregrine, James and the rest of the team continue their journeys of self-discovery and romance over eight parts; tackling tough questions about the role of men and women in changing times while facing mysteries that span everything from sexual liberation and teen gang wars, to family prejudice and pigeon-racing.

Ms Fisher’s Modern Murder Mysteries is made by Every Cloud Productions (Seachange, Eden), created by Fiona Eagger and Deb Cox, and was adapted from Kerry Greenwood’s book series.