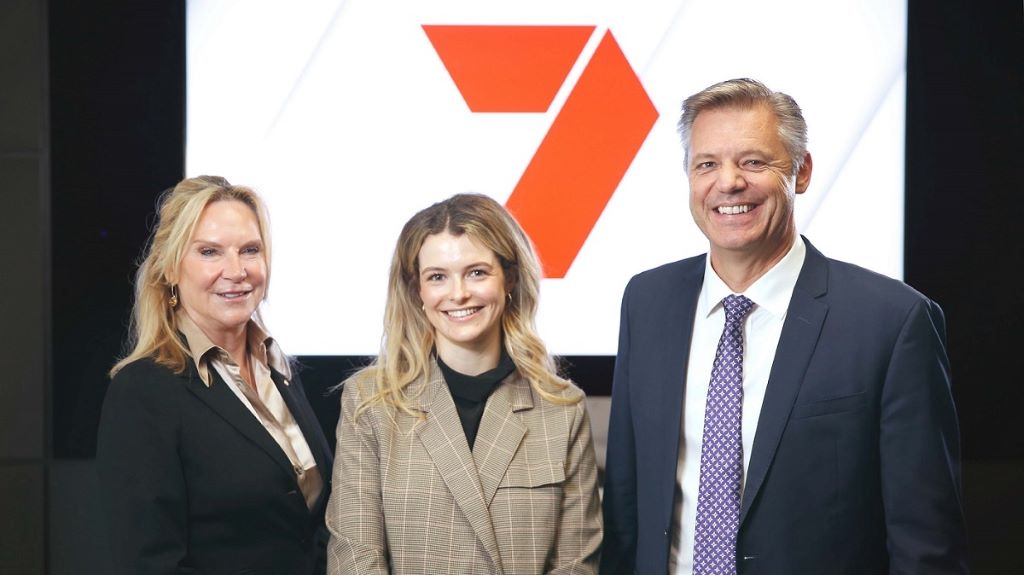 Seven West Media is delighted to announce that Madeline McKeown is the recipient of the inaugural David Leckie Seven Scholarship Program.

It was set up in conjunction with Skye Leckie and David and Skye’s sons Harry and Ben, and offers a 12-month scholarship at Seven West Media for a junior graduate with a passion for sales, programming or news.

The applications were judged by Skye, Harry and Ben Leckie and senior Seven West Media executives.

Skye, Harry and Ben Leckie said: “Harry, Ben and I were thrilled to be involved in the selection of the recipient of David’s inaugural scholarship.

“The candidates were outstanding, however, there can only be one recipient. Madeline is a very accomplished young person and we felt that she will really excel in her experience at Seven. The scholarship will cover all facets of a highly successful business and Seven is a fantastic place to work and to learn.

“David’s first love in his life was always TV. He was so passionate about all aspects of it. Davo was a tough taskmaster, from the old school, and if you didn’t ‘stack up’, you knew about it! That made people strive to achieve and improve,” they said.

“We felt in our discussions with Madeline that David would be very pleased to welcome her to his team. We wish her all the best and encourage her to take advantage of everything that is offered by Seven.

“We are so grateful for this legacy to honour David’s life and we look forward to watching Madeline’s success – and we will never forget David’s mantra about his competitors: ‘When they zig, you zag!’.”

David was a wonderful mentor and colleague to many of us at Seven and the David Leckie Seven Scholarship Program is a fitting tribute to his legacy and memory.

Madeline is smart, motivated and keen to learn and grow in the media industry. I know David would have been very impressed by her and would have been a great mentor and support. Like everyone at Seven, I’m very pleased to welcome Madeline and I look forward to seeing her career with us flourish.