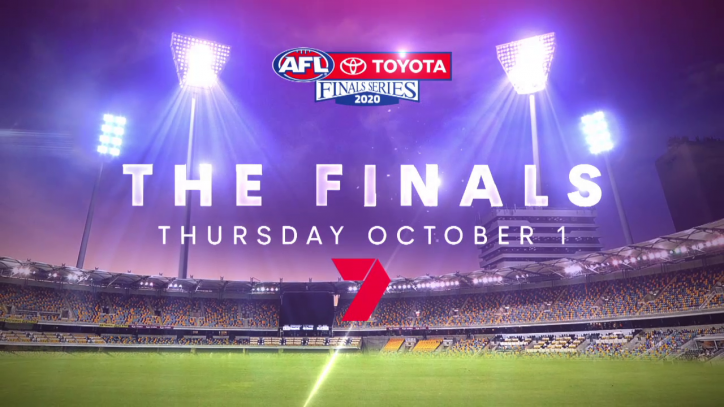 By swmadminOctober 20, 20207SPORT
No Comments

Super Saturday of AFL, The Everest and Caulfield Cup

This weekend will be one of the biggest in Australian sporting history with Seven to bring fans a powerhouse Preliminary Final triple-header –  Port Adelaide v Richmond, Brisbane Lions v Geelong and The Front Bar Preliminary Final Edition – along with two of the Spring Racing Carnival’s truly iconic races, the Caulfield Cup and The Everest.

The LIVE and FREE action gets underway on Friday night with a tantalising match-up at Adelaide Oval between a rejuvenated Port Adelaide team looking to continue its fairytale 2020 rise and a battle-hardened Richmond side chasing its third flag in four years.

The AFL’s undisputed No.1 commentary duo Bruce McAvaney and Brian Taylor will be at Adelaide Oval for the big clash, and will again lead Seven’s coverage at the Gabba on Saturday night, when hometown favourites the Brisbane Lions square off against Geelong, with Chris Scott’s men riding high after their imposing 68-point Semi Final win over Collingwood.

Saturday’s sporting action kicks off at 12.00pm AEDT with two of the biggest meetings of the Spring Racing Carnival – Everest Day at Royal Randwick and Caulfield Cup Day – on Channel 7, 7TWO and 7plus.

The world’s richest race on turf, the $15 million Everest (1200m), headlines a huge day of racing at Royal Randwick, while Caulfield hosts the coveted $5 million Caulfield Cup (2400m), one of international racing’s most prestigious staying events.

And the weekend will finish on a high when Hamish McLachlan and Jacqui Felgate host the AFL’s night of nights, the 2020 Brownlow Medal count from 7.00pm AEDT on Sunday.

The Preliminary Final action gets off to an early start at 8.30pm AEDT on Thursday night when The Front Bar team puts the finishing touches on its own meticulous Grand Final preparations, with three-time premiership Cat Paul Chapman and Melbourne midfield star Angus Brayshaw joining Mick Molloy, Sam Pang and Andy Maher at the bar.

“This week we embark on the biggest festival of sport in Australian history. With the AFL Preliminary Finals, The Front Bar Preliminary Final edition, The Everest and Caulfield Cup, topped off by the Brownlow Medal count, Seven is the only place to be this weekend.”

Post-match on Friday night, Adam Cooney and Cam Luke will settle in on the Armchair Experts sofa, offering viewers their unique take on all the fallout of the Power-Tigers Preliminary Final before looking ahead to the Lions-Cats clash.

7plus turns up the heat for summer