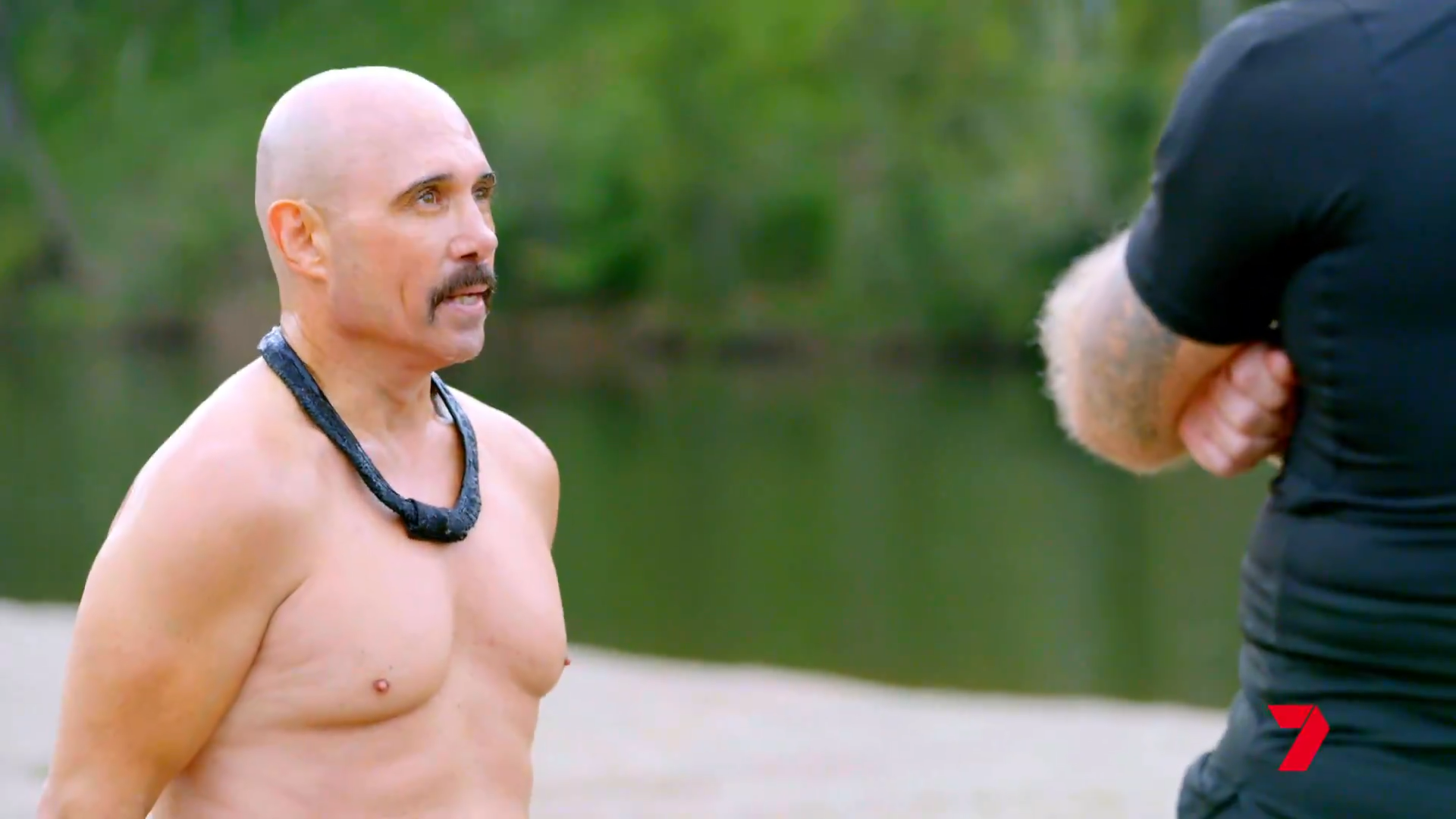 Comedian Pauly Fenech bares all in an all-new sneak peek of the upcoming season of SAS Australia, starting February on Channel 7 and 7plus.

This is going to be the serious side of Pauly Fenech people haven’t seen before.

As he tackles the epic SAS challenges, Pauly appears to ruffle some feathers, with fellow recruit Locky Gilbert calling him a liability.

I’m the little guy who’s copped it his whole life.

TV people don’t look like me. I wouldn’t be here if I wasn’t resilient.

Pauly’s trademark cheekiness is still evident however, as he strips naked in front of the DS (Directing Staff) and later dares to kiss Chief Instructor Ant Middleton.

I have no shame.

If I pass, I’ll be like Muhammad Ali. I’ll be pumping myself up for the next 20 years.

You keep getting beaten down and every time you get back up.

You are one tough guy.

Pauly is one of 17 Aussie celebrities embarking on a life-changing experience – a gruelling series of physical and psychological tests from the rest SAS selection process.

Guiding recruits through the most gruelling course yet is Ant Middleton and returning DS Ollie Ollerton, joined for the first time by retired US Navy SEAL Clint Emerson and former British Special Forces soldier Dean Stott.

The DS will push the celebrities beyond their limits, subjecting them to extreme physical endurance, sleep deprivation, interrogation and psychological testing. Some recruits will reach breaking point and withdraw. Who will have the mental strength to tough it out to the end?

The full line-up of star recruits set to take on SAS Australia in 2022 is:

SAS Australia starts February on Channel 7 and 7plus