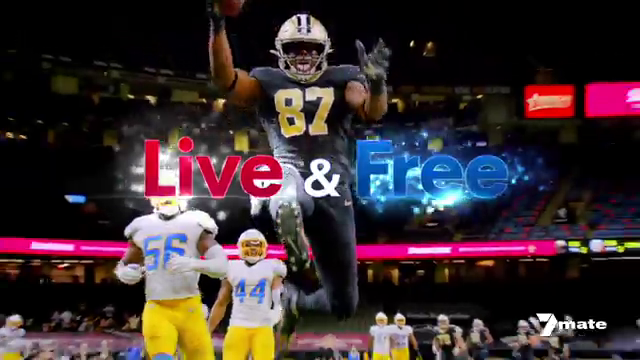 By HayleySeptember 10, 20217SPORT
No Comments

The NFL roars back into action on the Seven Network this Monday, when a blockbuster double-header kick-starts the 2021-22 season, while fans of America’s biggest sport can sign up now for the official fantasy competition, NFL Challenge.

The live and free action starts at 3.00am AEST Monday on 7mate and 7plus, with the New York Jets squaring off against the Carolina Panthers, followed at 6.25am AEST by a must-see showdown between the Cleveland Browns and the Kansas City Chiefs.

Together with season broadcast partner Macca’s, Seven will bring fans two games live and free every week during the regular NFL season and all 12 playoff matches, before covering all the action, excitement and glamour of American football’s grandest occasion, the Super Bowl.

Fans can again put their NFL smarts to the test this season by entering a team in NFL Challenge at 7plus.com.au. Those who deliver on America’s biggest stage will win big, with the overall regular season winner receiving a $4,000 Harvey Norman gift voucher and the weekly winners $500.

Also returning in 2021-22 is NFL Armchair Experts with Australian NFL trailblazer Ben Graham, who became the first Aussie to play in a Super Bowl in 2009, and super fan Cam Luke.

Join Ben and Cam every Monday at 9.30am AEST straight after the live on-field action as they review the week that’s been, preview upcoming matches and break down the NFL’s burning issues on 7mate, 7plus and @7Sport social channels.

The NFL is America’s biggest sporting stage and we can’t wait to again bring fans all the hard-hitting action of the new season, along with American football’s #1 fantasy competition, NFL Challenge. It promises to be another epic season on Seven, which will culminate with one of the world’s greatest events, the Super Bowl.