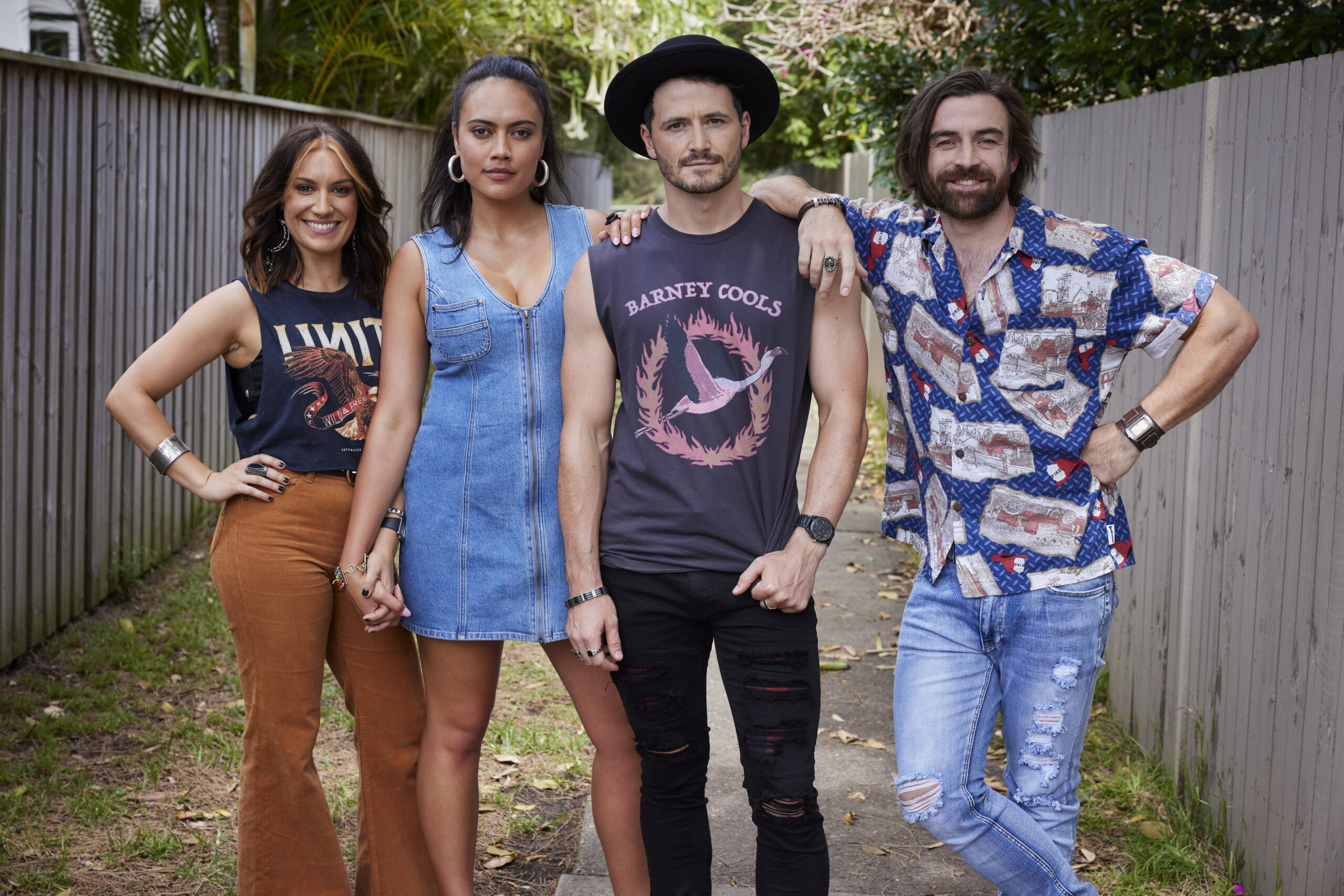 A blast from the past on Australia’s #1 drama

It’s music to Felicity’s (Jacqui Purvis) ears when four of her nearest and dearest friends turn up at her doorstep tonight on Australia’s #1 drama, Home and Away, from 7.00pm on Channel 7 and 7plus.

While Felicity is over the moon to be reunited with her city-slicker mates, a confused Tane is not sure what to make of the grand entrance, let alone the traveling musicians taking over his house.

While they may all sing the same tune, it quickly becomes apparent that harmony within the band is wearing thin, and the cracks in Lyrik’s friendly front begin to show.

Keyboardist and soulful songwriter, Kirby, is in a rocky relationship with Bob, the band’s head-strong lead singer. Bob has big plans for the band and doesn’t think the sleepy seaside community of Summer Bay is deserving of their music. Eden and Remi are the best of friends but make a sport of teasing each other. Eden is Lyrik’s bass player and proud wild-child, while Remi takes his place as Lyrik’s loveable larrikin and groovy guitarist.

Next week, in an attempt to relaunch Salt, newly united business partners Felicity and Mackenzie (Emily Weir) plan for the bar’s first ever live band night headlined by Lyrik.

But as the band prepares to take Summer Bay by storm, it becomes clear that not everyone is as thrilled with Lyrik’s arrival, including a startled Cash (Nicholas Cartwright) who is gob-smacked to see a face from his past. Does the Bay’s resident cop share a secret connection with one of Lyrik’s members?

Tune in to see how Lyrik settle in to life in the Bay as they hit the high notes and ruffle a few feathers along the way.

Monday to Thursday 7.00pm on Channel 7 and 7plus