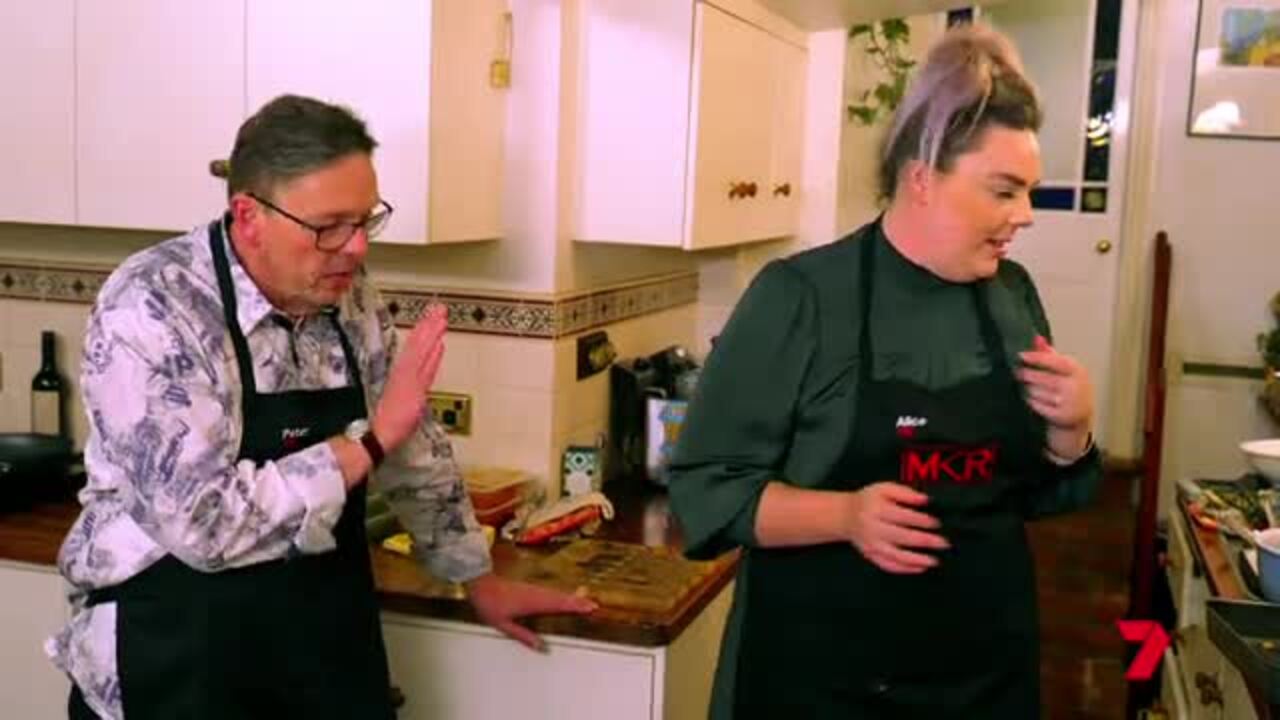 Meet the loveable father-daughter team with big dreams to win MKR when the must-watch series returns after the Commonwealth Games on Channel 7 and 7plus.

Nothing is off-limits for Victorians Peter (56) and Alice (31). They often bicker in the kitchen, but it’s clear they adore one another and both believe in the ethos that there is always “room for one more” at the family dinner table.

“That’s always how we show we love each other. Food is family. Food is love. Being with loved ones and sharing food and stories is the most wonderful thing about my upbringing,” Alice explains.

Alice, who favours a wild mushroom risotto as her go-to entrée for guests, describes her relationship with her dad as tumultuous: “We are very similar in our approach to everything, which is why we often butt heads. We are both very dramatic, so things often blow up in an epic way.”

How will Peter and Alice cope with the heat of the MKR kitchen? Early indications are good for the pair, with Nigella describing one of their meals as “a joyful plate of food”, and telling Alice: “One of the many reasons you were put in this world is to put crumbs on things and then fry them.”

Alice says it’s time for her to spread her wings after five years of working in the family café. Winning MKR would bring her one step closer to realising her food truck dream: Asian small eats with big flavours and no fuss. Former banker Peter wants to open a high tea room, combining his love for baking and chatty front-of-house skills.

The love is back, MKR is back. Which team will take the crown?