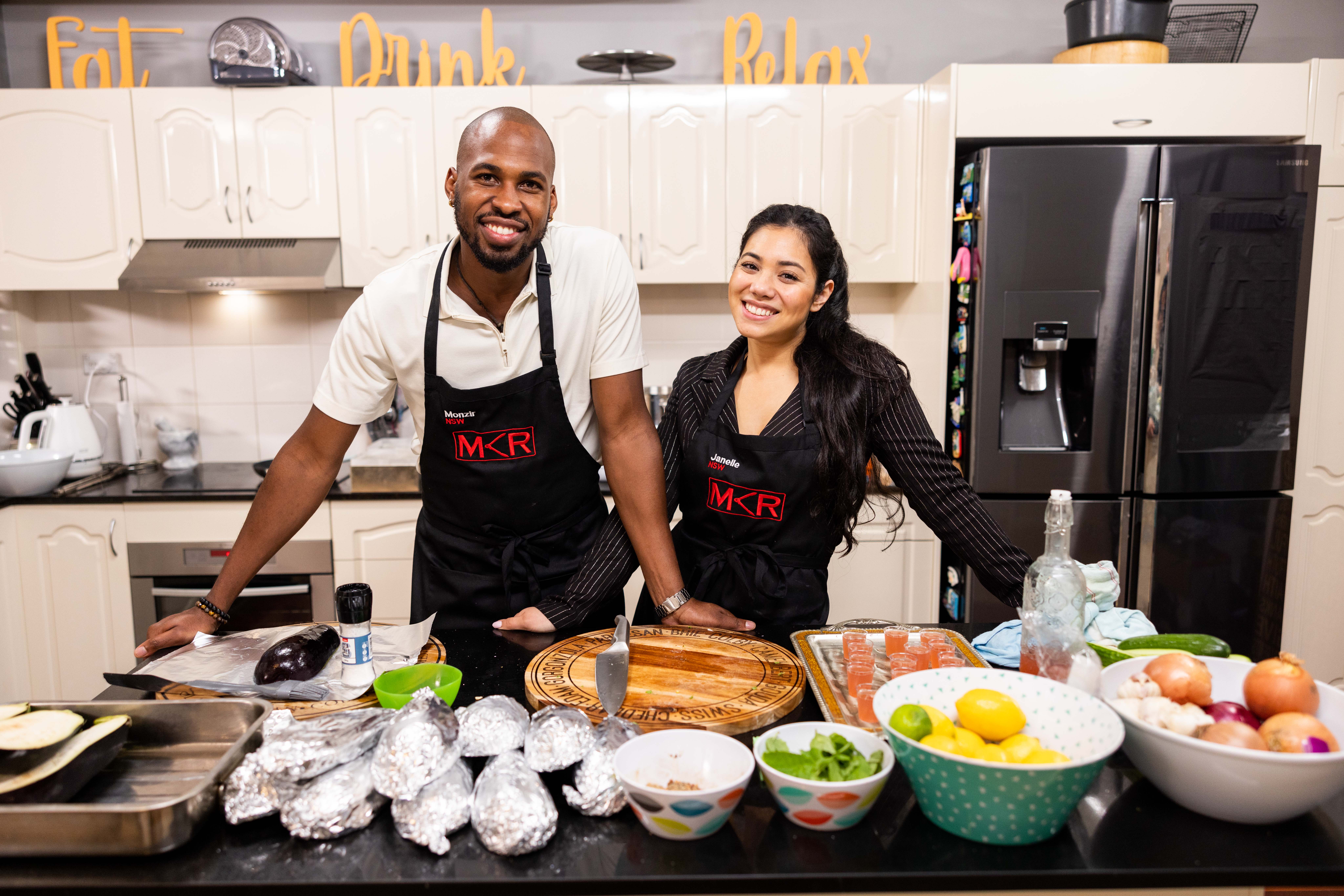 Sassy baker Janelle, 27, and partner Monzir, 26, say they have what it takes to claim the MKR champion title when Australia’s favourite cooking show returns to Channel 7 and 7plus after the Commonwealth Games.

With solid teamwork and a winning menu that draws on their blended Turkish/Cypriot and Sudanese heritage, winning the competition would be the icing on the cake for this loved-up couple.

A dab hand on the BBQ, Monzir loves full-flavoured spice rubs and cooking over coals with his two special ingredients: chilli and peanut butter.

Dubbed by friends the “Kardashian of cakes”, Janelle runs a successful cake decorating business, has a fine eye for detail and prides herself on presentation.

This perfect pairing is set to bring sugar and spice to the MKR table, but when judge Manu Feildel asks who is the boss of the kitchen, the couple has very different opinions.

“Oh, me,” says Janelle with a confident, almost smug smile; before Monzir cheekily corrects her, saying: “In the kitchen, not in life!”

What will happen when the queen of cake meets the queen of the kitchen, judge Nigella Lawson? Janelle is feeling the pressure, “Everyone is expecting me to make great cakes. I’m going to be sharing my chocolate mud cake with Nigella,” she says. “What if no one likes it and I’m just delusional?”

It’s not just the chocolate mud cake weighing on Janelle’s mind, who admits the couple haven’t yet announced their relationship to their families, “We didn’t actually tell our families that we were dating before coming on MKR,” confesses Janelle. “We just decided to go on TV and announce it to everybody!”

The love is back. MKR is back. Join Nigella Lawson and Manu Feildel as they travel the country to uncover Australia’s best home cooks.