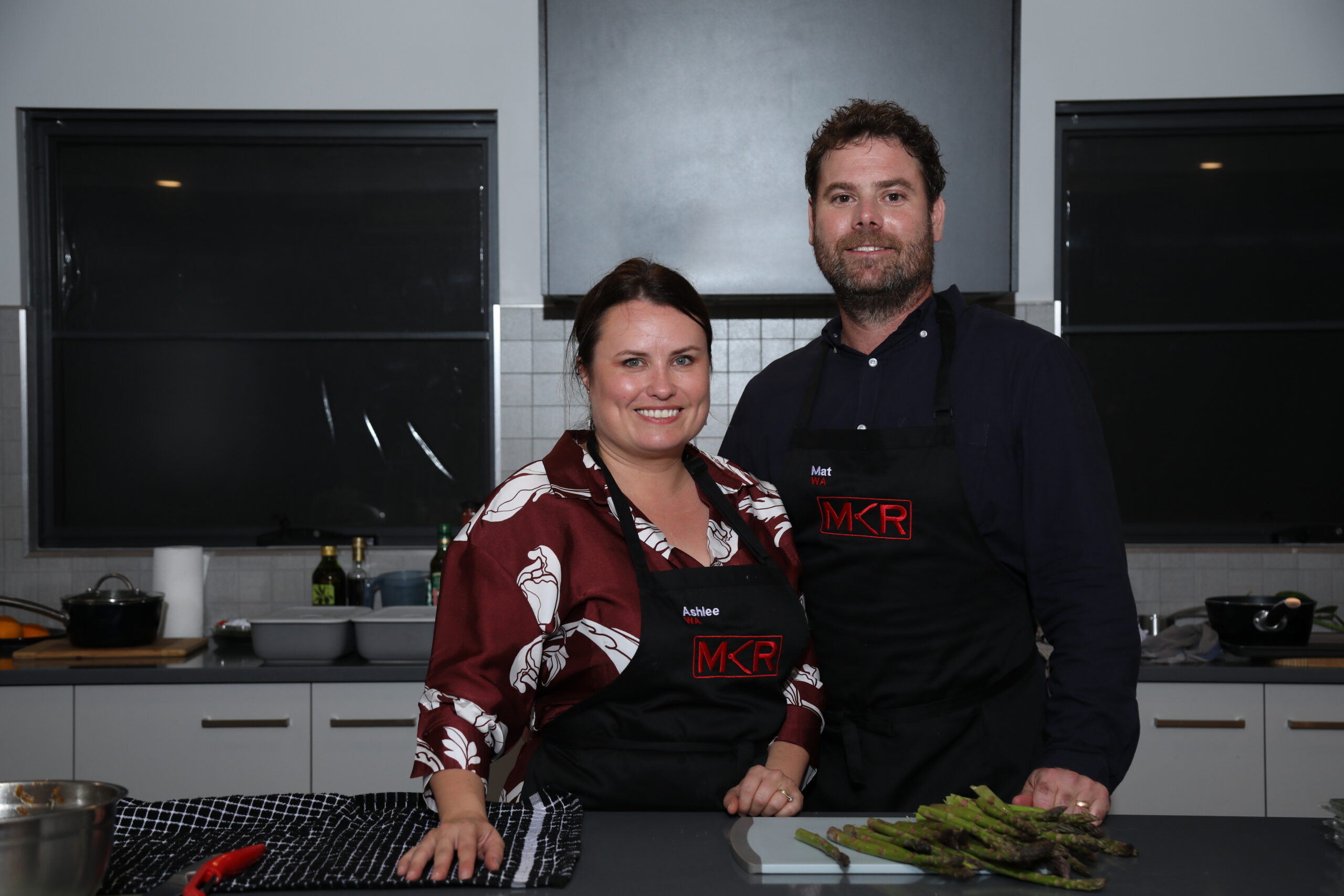 Margaret River husband and wife team, Ashlee, 36, and Mat, 39, are seasoned cooks, but their risky choice of serving a Marron Bisque entrée may spell disaster for the pair when Australia’s favourite cooking show, MKR, returns to Channel 7 and 7plus after The Commonwealth Games.

Unbeknown to the foodie parents, bisque is the first sauce judge Manu Feildel was taught to cook, and even he concedes it can be “tricky” to get right.

“It’s probably one of the most favourite things I like to cook,” says Manu, before warning the team to ensure their entrée is “top notch.”

Manu’s bisque bomb immediately makes Ashlee panic as the team retreats to the kitchen. “I’m really freaking out that we’ve made a huge mistake.” Adds Mat, “why did we choose bisque!”

Cooking is everything for the couple of 18 years, and competing on MKR has been a long-held dream. Will the couple’s dream be realised by a winning bisque, or will it burn right in front of their eyes?

The love is back. MKR is back. Join Nigella Lawson and Manu Feildel as they travel the country to uncover Australia’s best home cooks.