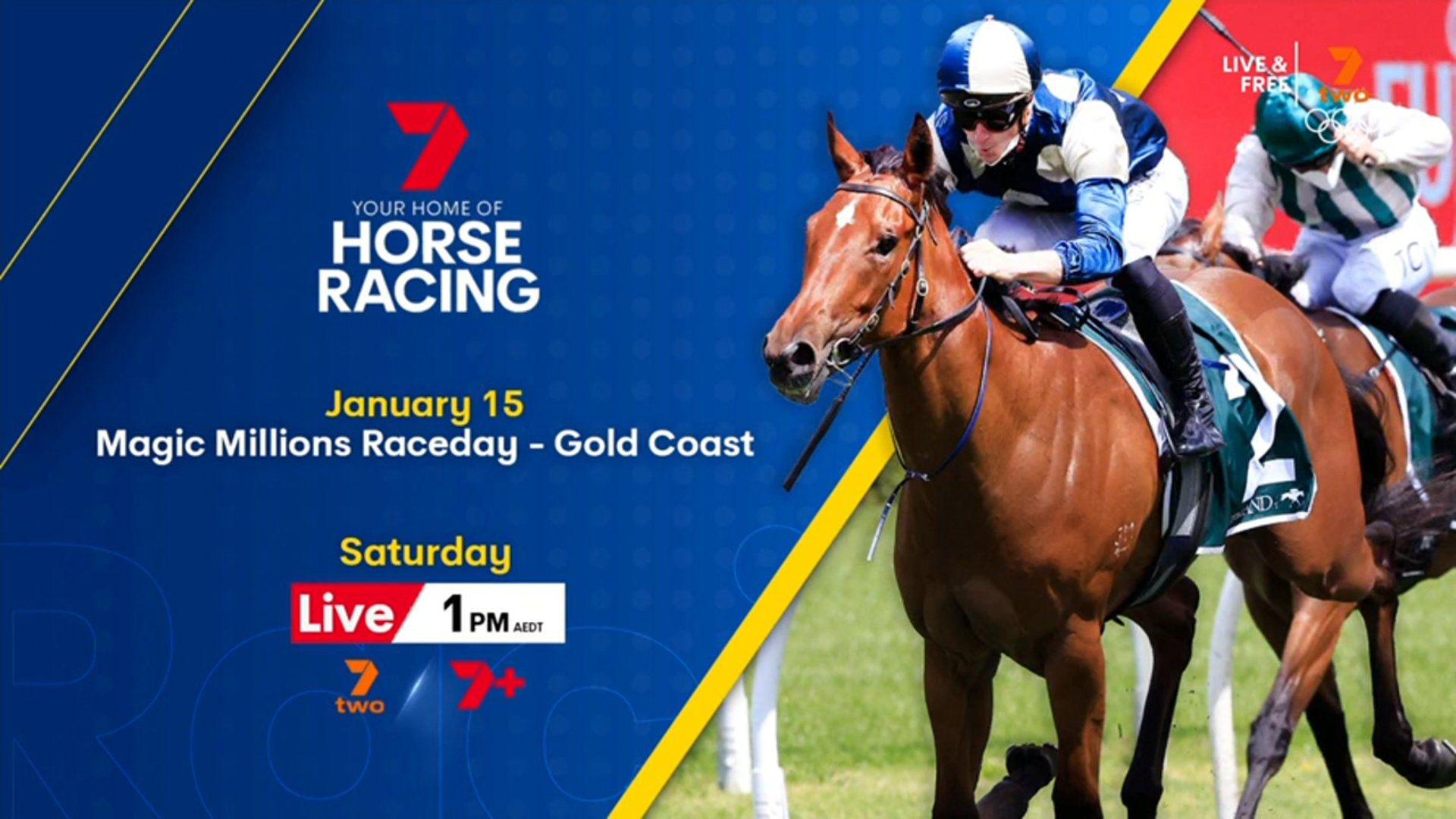 By HayleyJanuary 14, 20227SPORT, SPORT
No Comments

Live and free this Saturday from the Gold Coast

One of the strongest fields ever assembled will contest the jewel in the crown, the $2 million Magic Millions 2YO Classic (1200m), with the Ciaron Maher trained and aptly-named filly Coolangatta the unbeaten favourite.

Saturday’s live coverage begins at 1.00pm AEDT on 7two and 7plus and will be anchored by Australia’s pre-eminent sport broadcaster Bruce McAvaney.

Bruce will be joined by Seven’s unbeatable commentary team led by Hamish McLachlan from the Gold Coast including Katelyn Mallyon, Emma Freedman and Lizzie Jelfs, while Kate Waterhouse will cover all the trackside fashion and fun from the dazzling event.

Having cemented its reputation on the international racing scene as a must-attend event for racing’s elite, punters and fashionistas alike, the $2 million Classic is the highlight of Magic Millions Raceday, a $10.5 million, nine-race program that includes seven races worth over $1 million each.

Another key feature is the $2 million Magic Millions Guineas (1400m) for three-year-olds. Jamaea will start as one of the favourites in the event, with the star filly’s main competition expected to come from King of Sparta and Starman.

Magic Millions Raceday is just the beginning. Fans can strap themselves in for an epic weekend of sport on Seven, featuring the fifth Ashes Test, Big Bash League, AFLW and the NFL Wild Card round.

It is all set to kick off today with the Fifth Test in Hobart between Australia and England from 2.00pm AEDT on Channel 7 and 7mate.