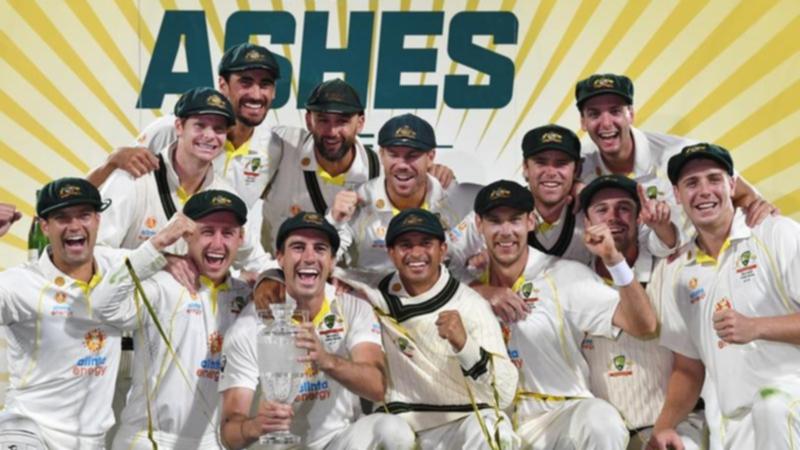 By HayleyJanuary 18, 20227SPORT, SPORT
No Comments

Australia got behind Pat Cummins’ triumphant Test team this summer, with the Seven Network’s live and free coverage of the 2021-22 Australia-England Ashes series reaching 11.72 million people nationally and an average peak of 1.47 million each day.

The Aussies capped off a dominant 4-0 series victory when they obliterated England’s fragile batting line-up in an exhilarating day three of the fifth Test in Hobart yesterday, with Seven’s coverage of the Fifth Test reaching 6.9 million Australians and peaking at 1.58 million.

Seven delivered 77% of the Ashes broadcast audience across the five-Test series, while the national audience was up 2% on the 2017-18 series between Australia and England on home soil.

There is still plenty to look forward to in Seven’s Summer of Cricket. Australia’s world-beating women’s team squares off against traditional rivals England in the Women’s Ashes series starting this Thursday, 20 January.

And all the explosive action of the Big Bash League continues in the lead-up to the five-game finals series that kicks off on Friday, 21 January.