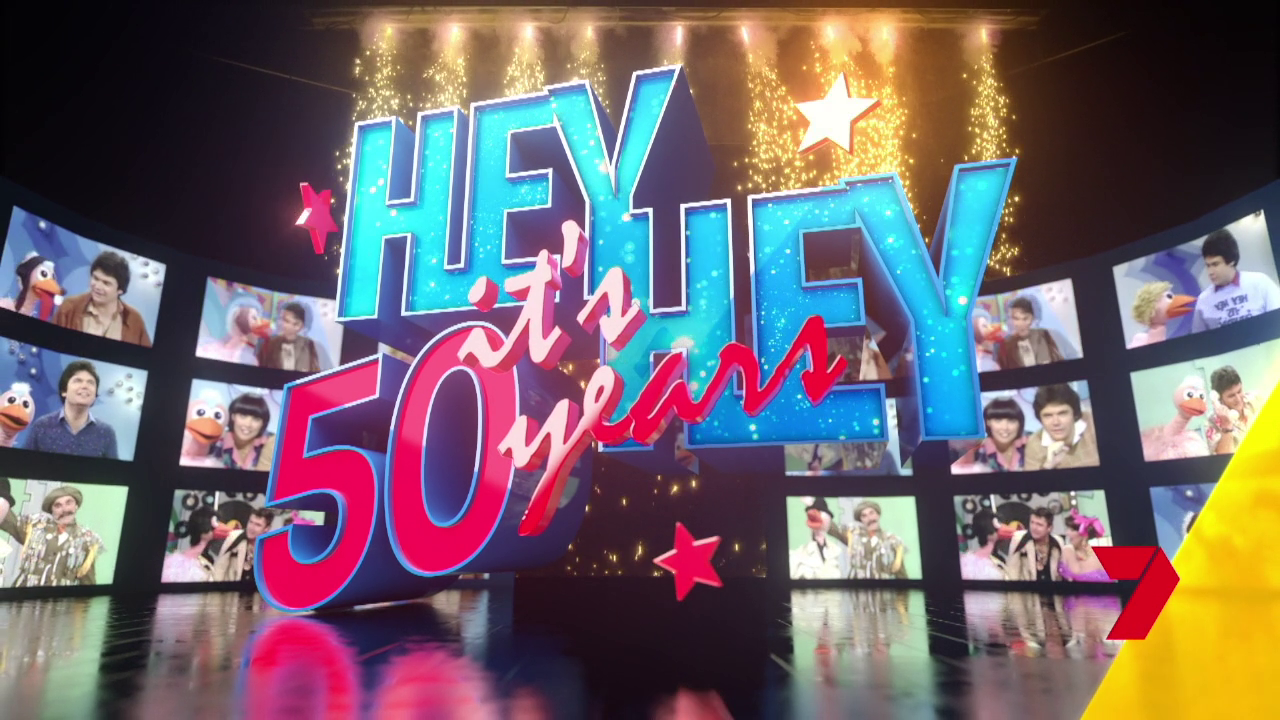 By HayleySeptember 27, 2021SEVEN
No Comments

Get set for the celebration of a lifetime, 7.00pm Sunday, 10 October

Join the celebration of one of the most iconic television shows in Australia, Hey Hey It’s Saturday, when the special anniversary event Hey Hey It’s 50 Years premieres at 7.00pm Sunday, 10 October, on Channel 7 and 7plus.

Hey Hey captivated Australian audiences with live music performances and the biggest names in show business from here and overseas, as countless much-loved stars from Aussie comedy greats to music megastars made their small screen debut on the treasured show.

Now, Daryl and the gang of Hey Hey favourites are back together for the first time in years in one big television event packed with superstar guests and surprise star reveals.

Hey Hey It’s 50 Years showcases the best of the madness and mayhem that became essential family viewing across an incredible 30 years. Get ready to celebrate as Daryl revisits the trademark organised chaos of regular segments including Red Faces, Celebrity Head, The Great Aussie Joke, Plucka Duck and Chooklotto.

In a career spanning more than five decades, Daryl has hosted light entertainment programs, kids’ shows, game shows, pop music shows and countless specials, including the highly successful Dancing With The Stars: All Stars on Seven earlier this year, with the second season currently in production.

In 2004 Daryl was awarded the Medal of the Order of Australia for his service to the entertainment industry, charitable organisations and the community.

Hey Hey It’s 50 Years is a Somers Carroll production for the Seven Network.