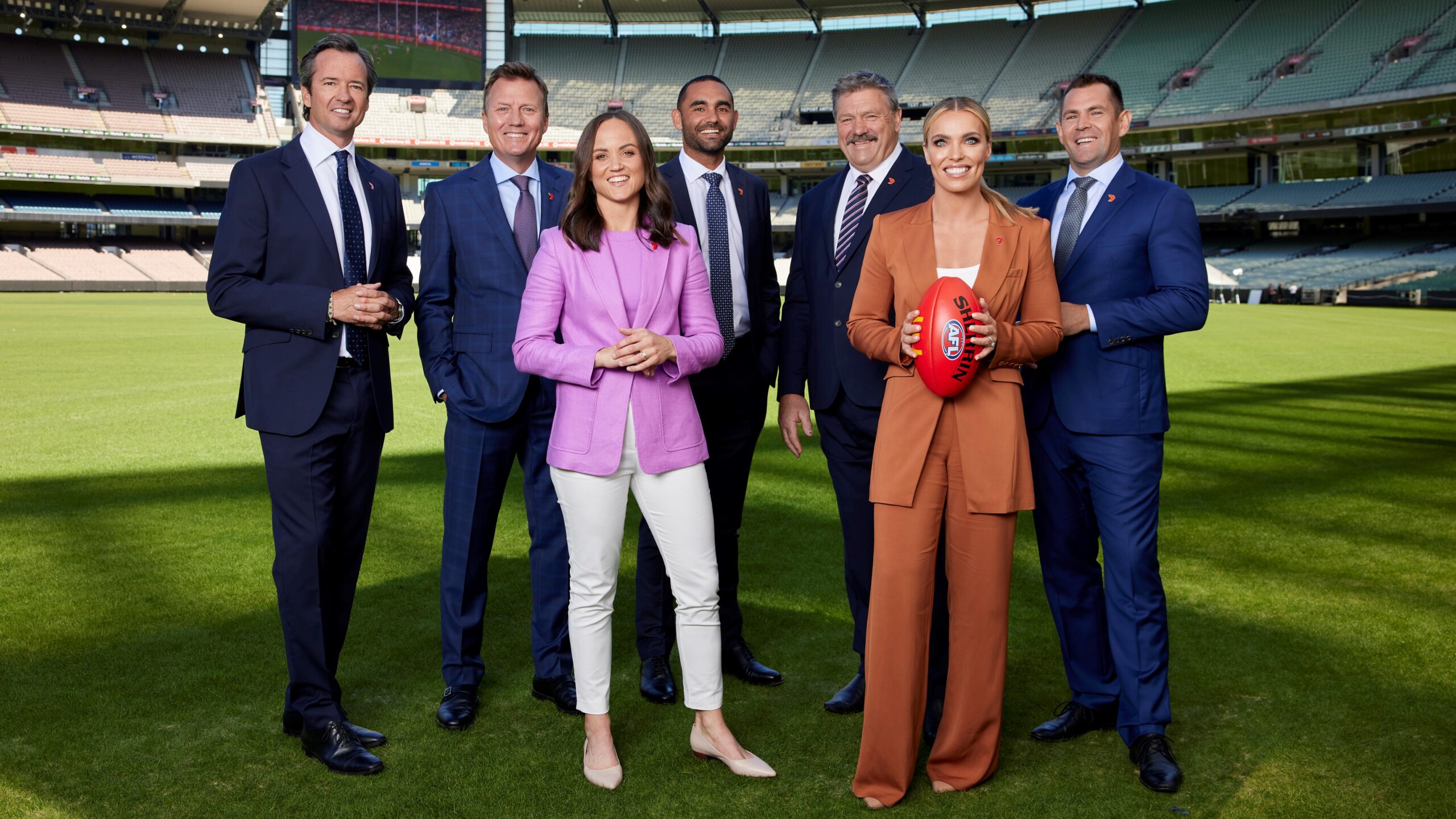 Fans will witness an incredible feast of AFL and AFLW action on the Seven Network this week, when Melbourne and the Western Bulldogs kick-start an epic opening round of the 2022 AFL Premiership Season, tonight from 7.00pm on Seven.

In an unmissable event, football’s #1 commentary team will take fans live to the MCG to witness Melbourne’s highly anticipated flag unfurl ceremony – their first in 54 years. Then, Max Gawn’s Demons come face-to-face with Marcus Bontempelli’s Bulldogs for the first time since their emphatic Grand Final victory in 2021.

The AFL action will kick-off early on Seven, with 7NEWS’ Rebecca Maddern reading today’s news live from the MCG boundary line from 4.00pm AEDT. Then, Peter Mitchell joins the team at the MCG to host the 6.00pm Melbourne news bulletin ahead of the Wednesday Night Football Pre-Game Show at 6.30pm AEDT.

In exciting news for fans, The Front Bar returns to normal programming straight after tonight’s opening match. Andy, Mick and Sam will assume their usual positions at the bar, where they will cross live to the Melbourne and Western Bulldogs’ rooms at the MCG to celebrate with the winning team.

The Demons-Bulldogs clash is one of six unmissable live and free matches this week on Seven and 7plus. The others are: