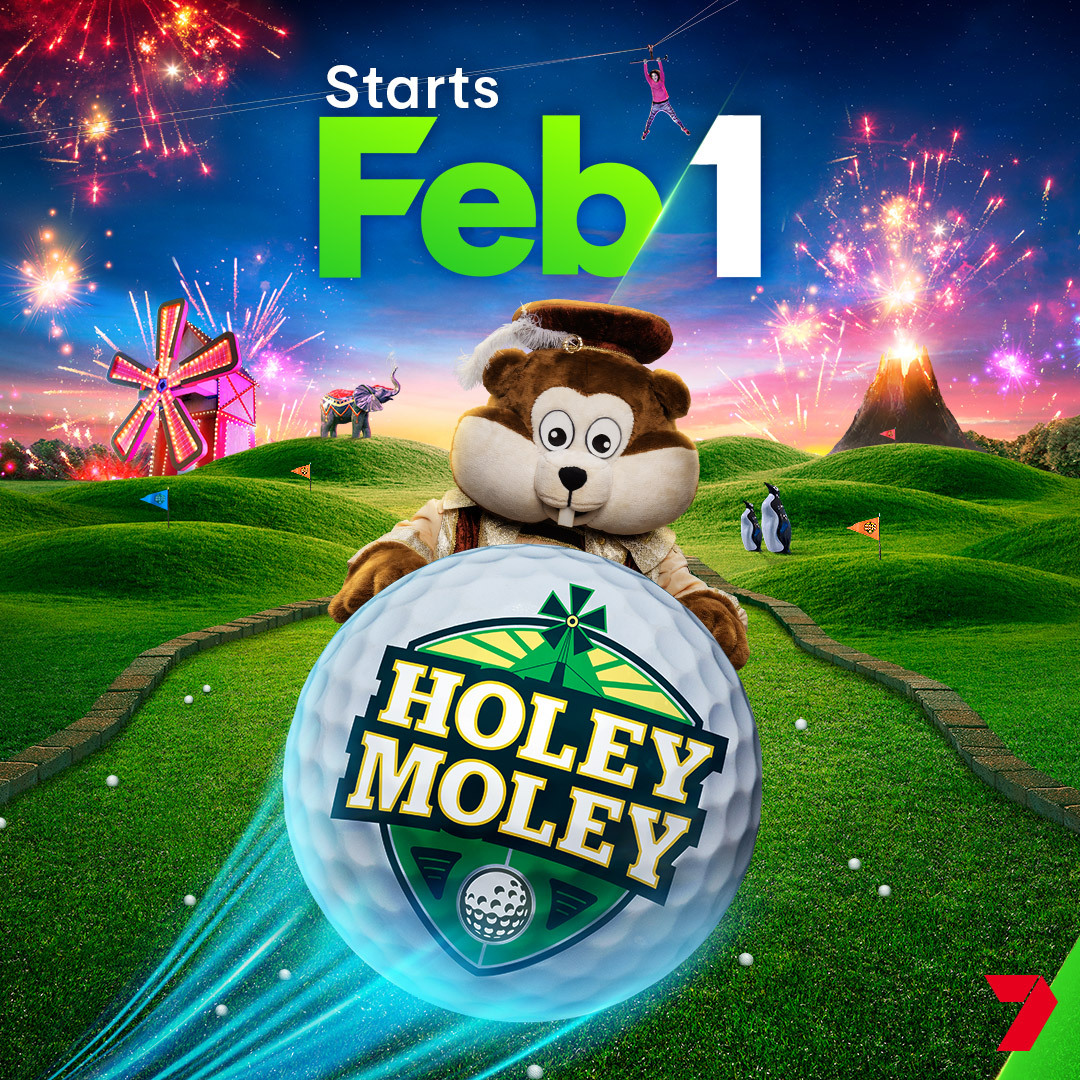 Get set to have a ball!

By HayleyJanuary 15, 2021SEVEN
No Comments

A smash hit on America’s ABC Network, Seven’s epic new family entertainment show is on course for a hole in one, with some of the country’s top golfing talent stepping onto the astroturf to take on the diabolical Holey Moley obstacles.

In the first round of each episode, eight players compete in a series of head-to-head matchups. Only the four winners go through to the second round to battle it out.

Those who are victorious head straight to the final hole. The remaining two compete in the Distractor Duel for the last spot in the final three-way battle.

The ultimate winner of each episode takes home the prestigious plaid jacket, the golden putter and books a spot in the Grand Final, where they will compete for the chance to win $100,000 on the daunting last hole, the Tomb of Nefer-Tee-Tee.

It all comes down to one putt! Who will tame the wildest beast of all – the Holey Moley course?

Holey Moley premieres 7.30pm Monday, 1 February on Channel 7. Catch up on 7plus.