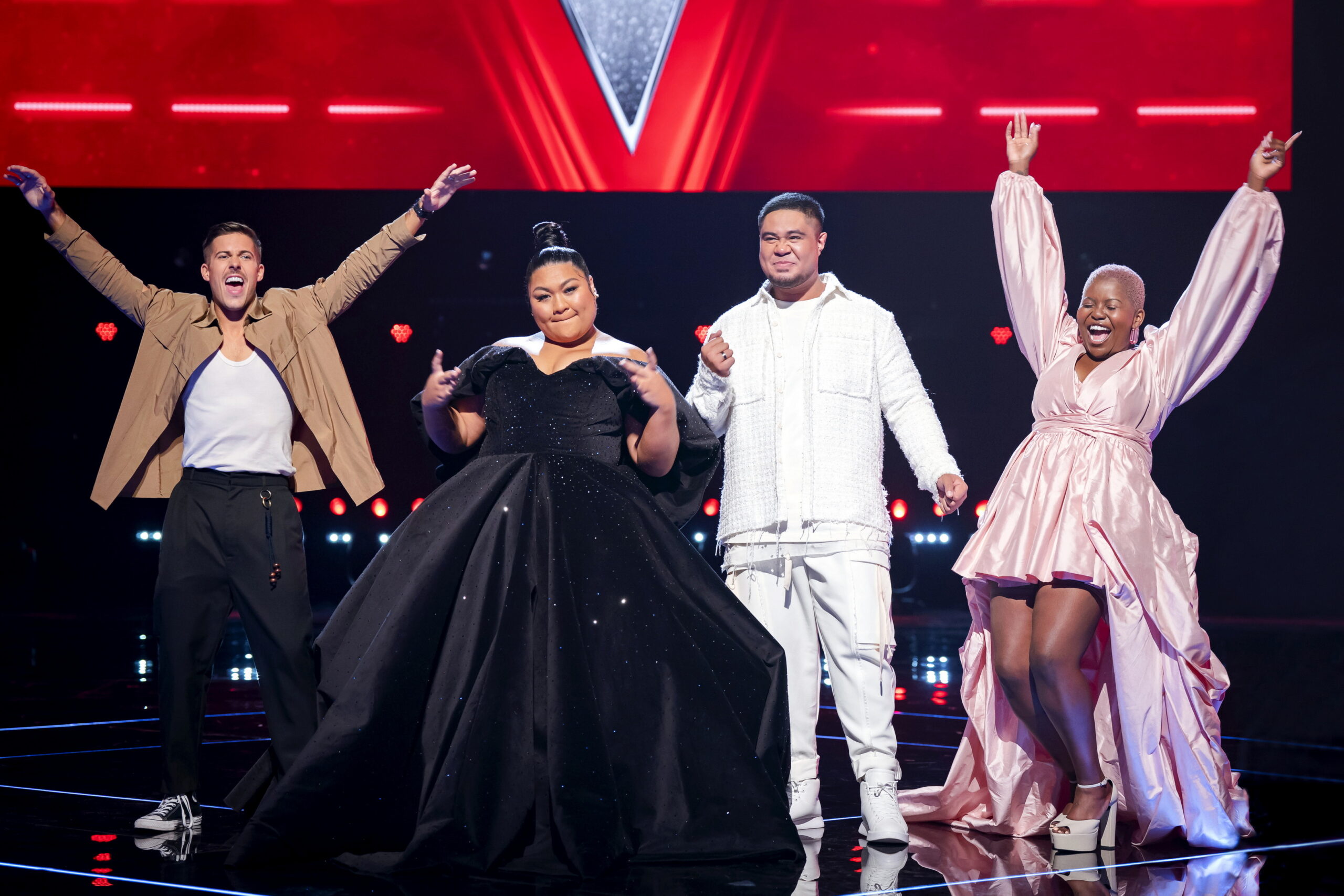 By Ellysia ChickMay 23, 2022SEVEN
No Comments

Lachie, Thando, Jordan and Faith have Voice victory within reach

Last night on The Voice, breathtaking performances and soaring emotions took the Semi-Final to new heights as the artists vied for a life-changing spot in The Voice Grand Finale, 7.00pm next Sunday, 29 May on Channel 7 and 7plus.

Jordan cemented his Grand Finale spot over Cassidy Mackie with an emotional performance of Foreigner’s I Want To Know What Love Is, dedicated to his Nanna. “She took her last breath two nights ago,” he said. “I just know my Nanna is looking down at me right now saying you better come through, so I’m going to do this for her.”

After the announcement, a shocked Jordan said: “My head is still spinning, Guy let’s get to work!”

Keith faced his most difficult decision yet after Thando and Tamworth teenager Lane Pittman took to The Voice stage. The superstar coach said: “You’re storytellers. You’ve both shown huge leaps of growth from the Blinds to here and I think for all of us coaches that’s the number one thing we are looking for: someone that is going to evolve and grow as an artist every step of the way. You have both done that equally. It’s extraordinary.”

Thando secured her Grand Finale berth with a spinetingling interpretation of Ariana Grande’s POV against Lane’s Father And Son by Cat Stevens. Keith scored Thando’s “superb” performance “100 out of 100”. Thando said: “Thank you so much for believing in me. I cannot believe that I am the last woman standing on your team!”

Lachie locked in his Grand Finale spot with a captivating rendition of Déjà Vu by Olivia Rodrigo over Xanthe Campbell’s abcdefu by Gayle. Rita said: “He’s worked so hard. He steps it up a notch every single time. You’re everything one can look for in creating a superstar.”

A visibly shocked Lachie said: “Every week a fire is burning. I just want to keep going and keep going. I have learnt so much but I am just having so much fun. I don’t want this to stop.”

Faith proved she deserved her Grand Finale place after Jess set the challenge to “give yourself permission now to believe in yourself”. Faith’s powerful delivery of Beyoncé’s Listen moved her superstar coach to tears as she took Faith to the Grand Finale over Jael Wena, who performed Dua Lipa’s Don’t Start Now.

A thrilled Faith said: “Wow, it feels like a dream.”

Voting is now open for Australia to decide who will be crowned The Voice 2022, taking home $100,000 prizemoney and a recording contract with Universal Music Australia.

The Voice’stop four artists have each released a new original track ahead of the Grand Finale. The singles were selected in collaboration with each artist, who worked with high-profile producers and songwriters to showcase their incredible voices. From power ballads to pop with attitude, the singles are available to stream or download now.

Faith Sosene Words You Should Have Heard

Thando Sikwila The Other Side

Next Sunday night, the show-stopping Grand Finale will see the final four artists take to The Voice stage for a spectacular duet with their superstar coaches, as Australia decides who will be The Voice 2022.