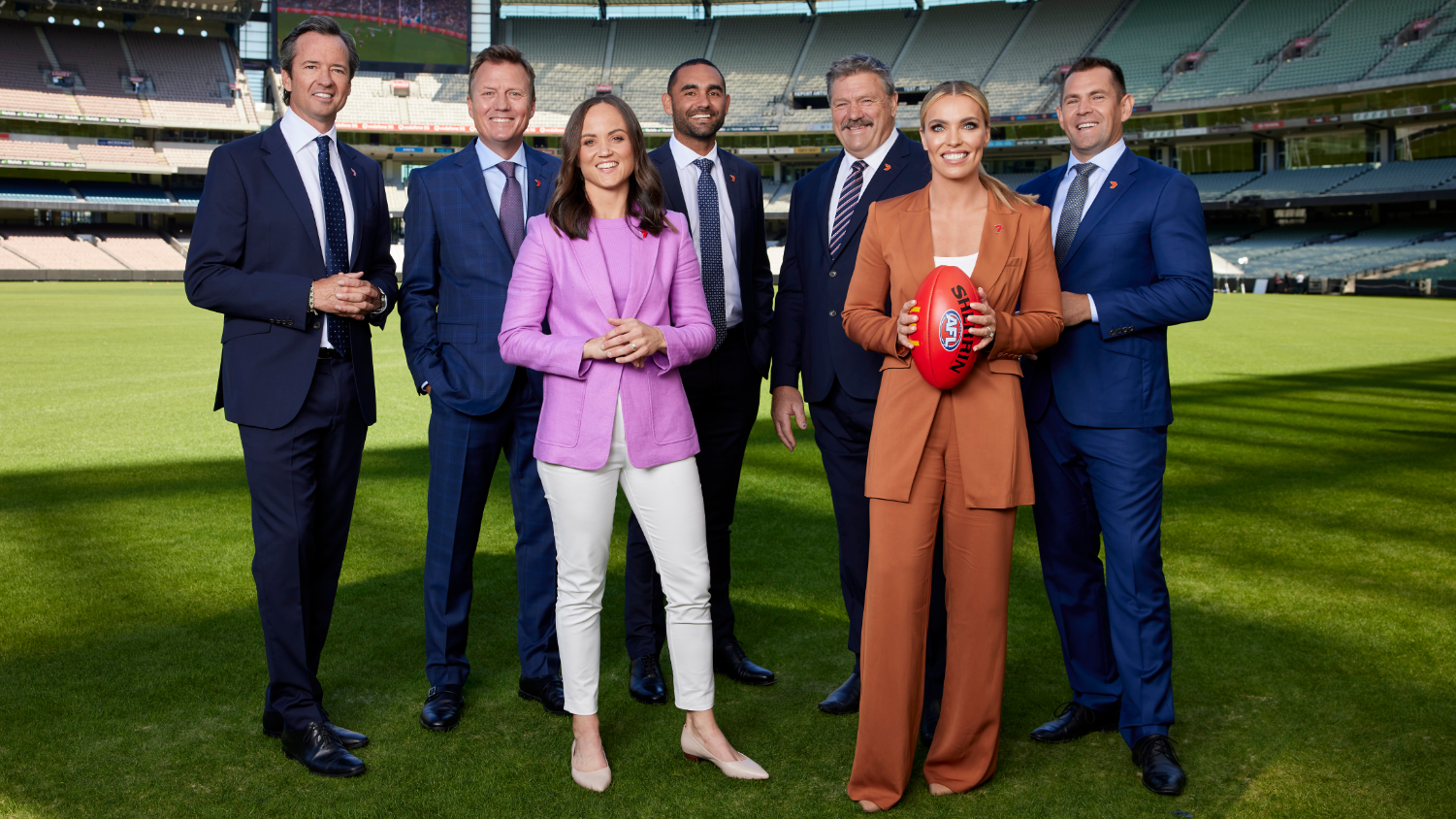 By HayleyMarch 8, 20227SPORT, SPORT
No Comments

Football’s #1 commentary team is locked and loaded, ready to bring fans an epic 2022 AFL season in what looks to be an incredibly tight race to September. With some fresh and familiar faces delivering all the action live and free, there’s no other place footy fans will want to be than the Seven Network, Your Home of Footy.

In a massive bonus for fans, four-time premiership hero and Hawthorn and Port Adelaide legend Shaun Burgoyne will join the Seven team in his first-ever commentary role.

Fresh off the back of his 407-game AFL career, the man affectionately known as “Silk” will join Seven’s coverage of the Round One Grand Final re-match between Melbourne and the Western Bulldogs at the MCG. Across the season, Burgoyne will be part of the commentary team for Adelaide-based matches and marquee games.

After making guest appearances during the 2021 season, Brisbane Lions premiership star Chris Johnson will also join the Seven team in 2022 to provide expert commentary and analysis on the game he played at the elite level for 13 years.

For Australia’s favourite footy expert, Daisy Pearce, there’s no shortage of possibility on the eve of the 2022 AFL season.

Melbourne’s drought-breaking Premiership was 57 years in the making. Can they continue to improve as ‘The Hunted’ and do what only three teams have been able to do in the past two-and-a-bit decades and go back-to-back?

Who is Hawthorn in this new Sam Mitchell dawn? His coaching journey – taking the reins from one of the greatest coaches of all time – will be fascinating to watch. Last year we saw Ben Rutten lead a freshened, exciting Essendon list to a final, and it took an eventual grand finalist to end their season. Will another year of development see them become a genuine threat?

Seeing fans flock back to the footy all over the country will be extra special this year and will add to the magic of what will be an incredible season.

The sport we love in this town hasn’t been as we’ve wanted it during the past few years. Nothing has.

To think about it coming back to life – with the stadia full and the roars loud – is just so bloody exciting. I can’t wait to walk into the MCG and see the colour and hear the noise of our game. How lucky we are to be involved!