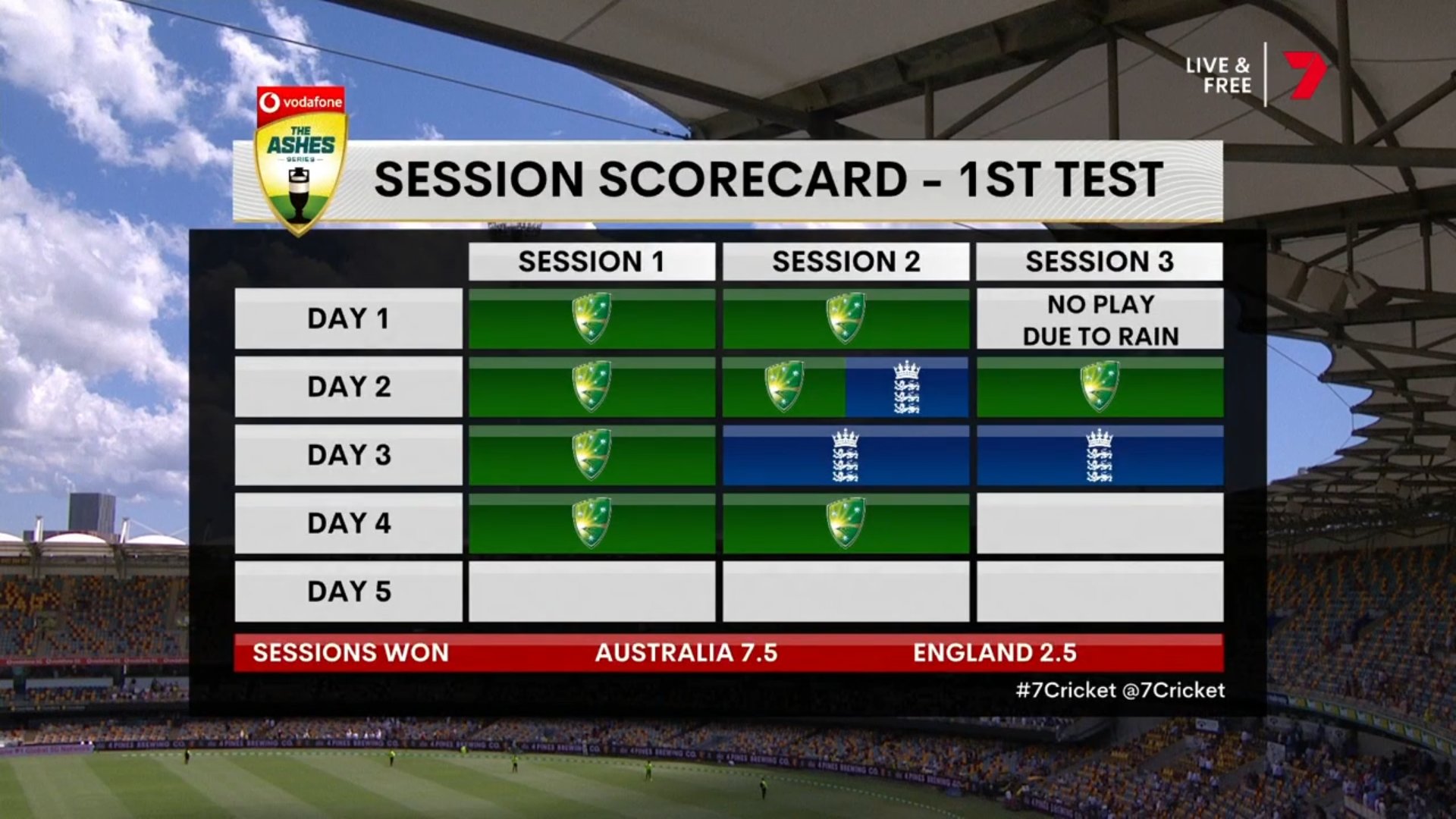 By HayleyDecember 13, 20217SPORT, SPORT
No Comments

Australia’s emphatic victory over England in the first Ashes showdown was box-office viewing, with the Seven Network’s live and free coverage of the four days’ play at the Gabba reaching 5.56 million people and peaking at 1.1 million.

As England’s hopes were dashed by Australia’s bowling prowess in a series of quick wickets early on day four, Seven’s coverage reached 3.3 million Australians nationally and peaked at 1.17 million.

The Seven Network delivered 78% of the Ashes broadcast audience on Saturday across the capital cities and regional as Australia toppled England by nine wickets to lead 1-0 in the five-match series, with Channel 7 up 154% year-on-year in total people and up 237% in 25 to 54s during day time.