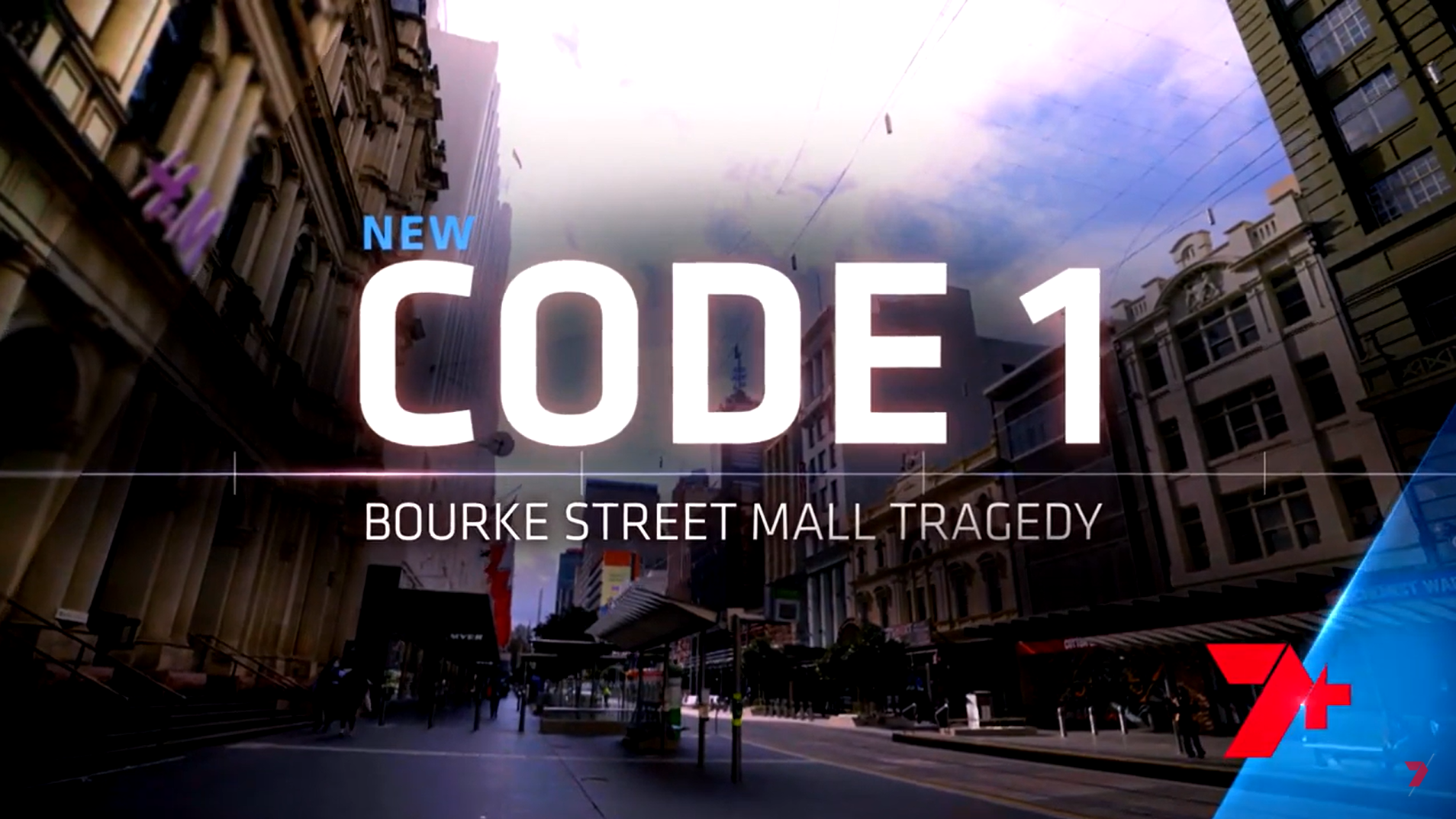 By HayleyNovember 19, 2021SEVEN
No Comments

Friday, 20 January 2017 started like any other busy morning in Melbourne’s city centre, but in just 55 seconds a city was changed forever.

Six people were killed, including a three-month-old baby, and 27 seriously injured when James Gargasoulas ploughed his car through bustling Bourke Street Mall during the lunchtime rush hour, committing one of Australia’s worst mass murders.

Next Wednesday at 8.30pm on Channel 7 and 7plus, Code 1: The Bourke Street Mall Tragedy pieces together the hours, minutes and seconds of that fateful day as told by the people who were there, including police, paramedics and firefighters.

Built on in-depth interviews, the extraordinary documentary details exactly how these people came to cross paths at that catastrophic moment in time. Some became survivors, some became victims, many were traumatised, and others became accidental heroes. Most of their stories have never been told…until now.

Like Melinda Tan, the wife of one of the victims, Matthew Si, who speaks for the very first time about the tragedy. Minutes before Matthew was run down, Melinda had enjoyed lunch with her husband and father of their 18-month-old daughter. She kissed him goodbye in Bourke Street and returned to her office, completely unaware of the terror unfolding that would change her life forever.

Through meticulous research, emotional witness statements and chilling never-before-seen vision, Code 1: The Bourke Street Mall Tragedy outlines the timeline of one of the most tragic events in Australia’s recent history.

Code 1: The Bourke Street Mall Tragedy – 8.30pm next Wednesday on Channel 7 and 7plus