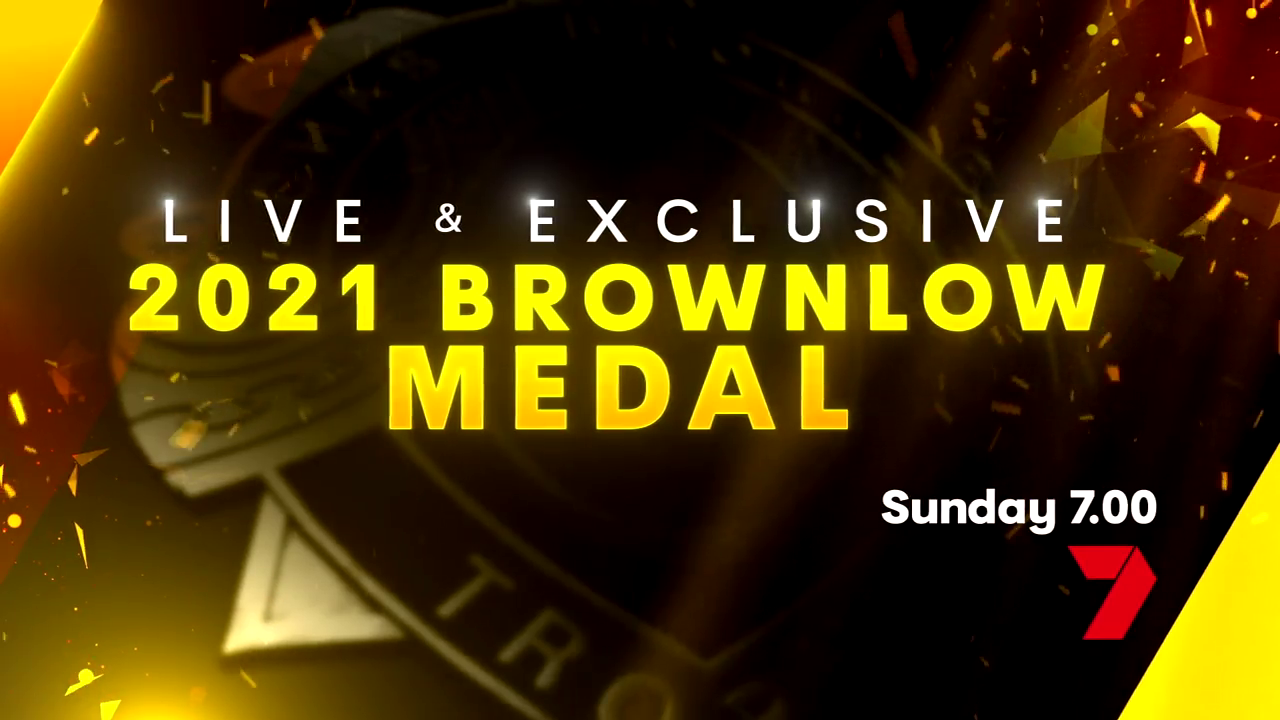 By HayleySeptember 17, 20217SPORT, SPORT
No Comments

Seven will bring all the drama this Sunday night

The 2021 Brownlow Medal count is shaping up as the most thrilling in recent times and the Seven Network will have all bases covered this Sunday night when the winner of the AFL’s highest individual honour is declared – wherever he is across Australia.

Seven’s coverage begins at 7.00pm AEST Sunday on Channel 7 and 7mate and will be hosted by Hamish McLachlan and Jacqui Felgate, while Basil Zempilas, Abbey Holmes and Amberley Lobo will take fans inside the AFL’s official count in Perth throughout the night.

In a year when the competition’s leading players will again be spread across multiple locations around the country, Seven will draw on the collective might of its unrivalled national team to cross to all the leading contenders no matter where they are watching the voting unfold.

Sunday night’s festivities begin with the Brownlow Red Carpet, with Jacqui Felgate and Renee Enright set to cover all the glitz and glamour of the AFL’s night of nights, while Lions captain Dayne Zorko will join them from Brisbane.

As we look forward to another Brownlow Medal count in another year of uncertainty, we have called on every resource of the Seven Network to ensure we’re ready for anything that could happen at this year’s count – and anything could happen.

This year’s Brownlow field is the most open many of us can remember. The winner could come from anywhere and we might not know who he is until Gillon McLachlan reads the final vote.

Regardless, Seven is poised and ready to go. With the cooperation of the entire network, we’ve assembled a team from coast to coast that will bring viewers all the night’s biggest stories no matter where they’re unfolding. It’s sure to be a magical night on Your Home of Footy.

The Brownlow Medal count marks the start of the year’s biggest week of football on Seven as Australia counts down to the AFL Grand Final next Saturday, 25 September. Seven will announce full details of its Grand Final week coverage in the coming days.