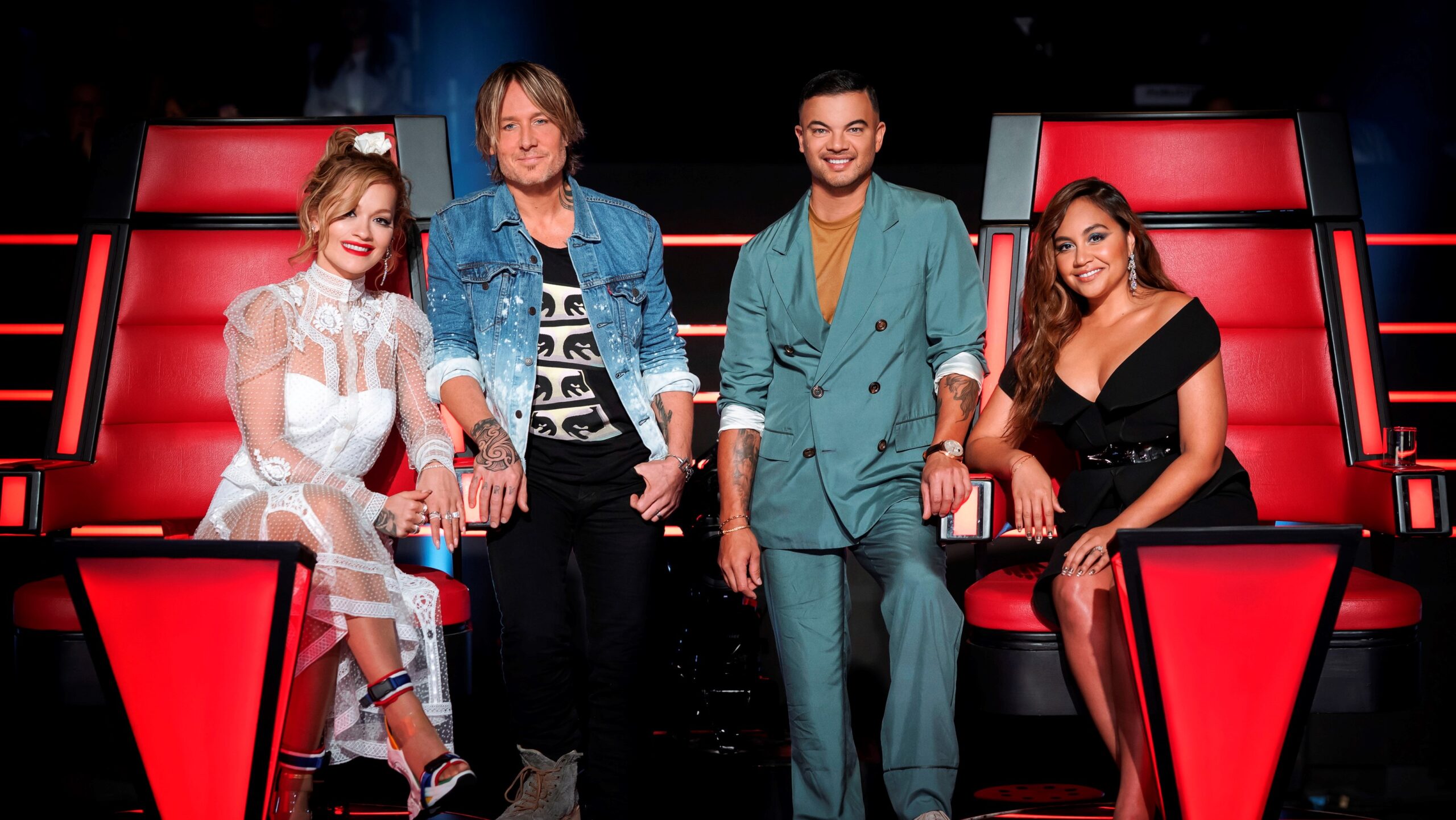 Australia’s favourite coaches are back

By HayleyOctober 11, 2021SEVEN
No Comments

The Seven Network today confirmed the beloved superstar coaches from the #1 series of 2021 are back, when The Voice returns to Channel 7 and 7plus in 2022.

After winning the heart of the nation in 2021, multiple ARIA and GRAMMY© Award winner Keith Urban, UK hit machine Rita Ora, mega-selling singer-songwriter Guy Sebastian, and  singing and acting sensation Jessica Mauboy are set to find Australia’s next singing star, all from the comfort of their famous red chairs.

Sonia Kruger will also return as host for the 11th season of The Voice, the world’s biggest singing competition.

From the moment it arrived at its new home on Seven, The Voice has dominated the national conversation, capturing a series average total audience of 2.11 million nationally, up 49% on last year. It is the only series to deliver more than 1 million metro viewers for every episode, and the most successful series of The Voice since 2015.

This year’s Grand Final Winner Announced segment saw 2.42 million people nationally watch from the edge of their seats as Bella Taylor Smith was crowned The Voice 2021 in a life-changing and spectacular result. Earlier that night, 2.2 million people watched the Grand Final episode.

I can’t wait to return to The Voice. I absolutely love Australia, andit’s a privilege to be part of such a life-changing show. The phenomenal artists this year blew my mind, especially Team Rita. The other coaches are like extended family and I’m really looking forward to getting back together to discover the next The Voice superstar.

The Voice just sent me a photo of an empty spinning red chair and said ‘this has your name on it’…. and it literally did…. So, I RSVP’d ‘YES!’…. and I’ll be coming ready to play!!

Last season was one of the best times I’ve ever had making television! The vibe was great, the fun was real and, yet again, we uncovered some insane Aussie talent. I can’t wait to be back again next season with Keith, Rita, Jess and the incredible team of producers and musicians to make some more magic happen! Oh … and Team Guy won. Bella you really raised the standards for all of us!

I am excited to be invited back to The Voice 2022 with this incredible team of coaches again. We had such a great time this year. The talent in this country is exceptional and to be able to continue to support and showcase upcoming musicians is always an honour.