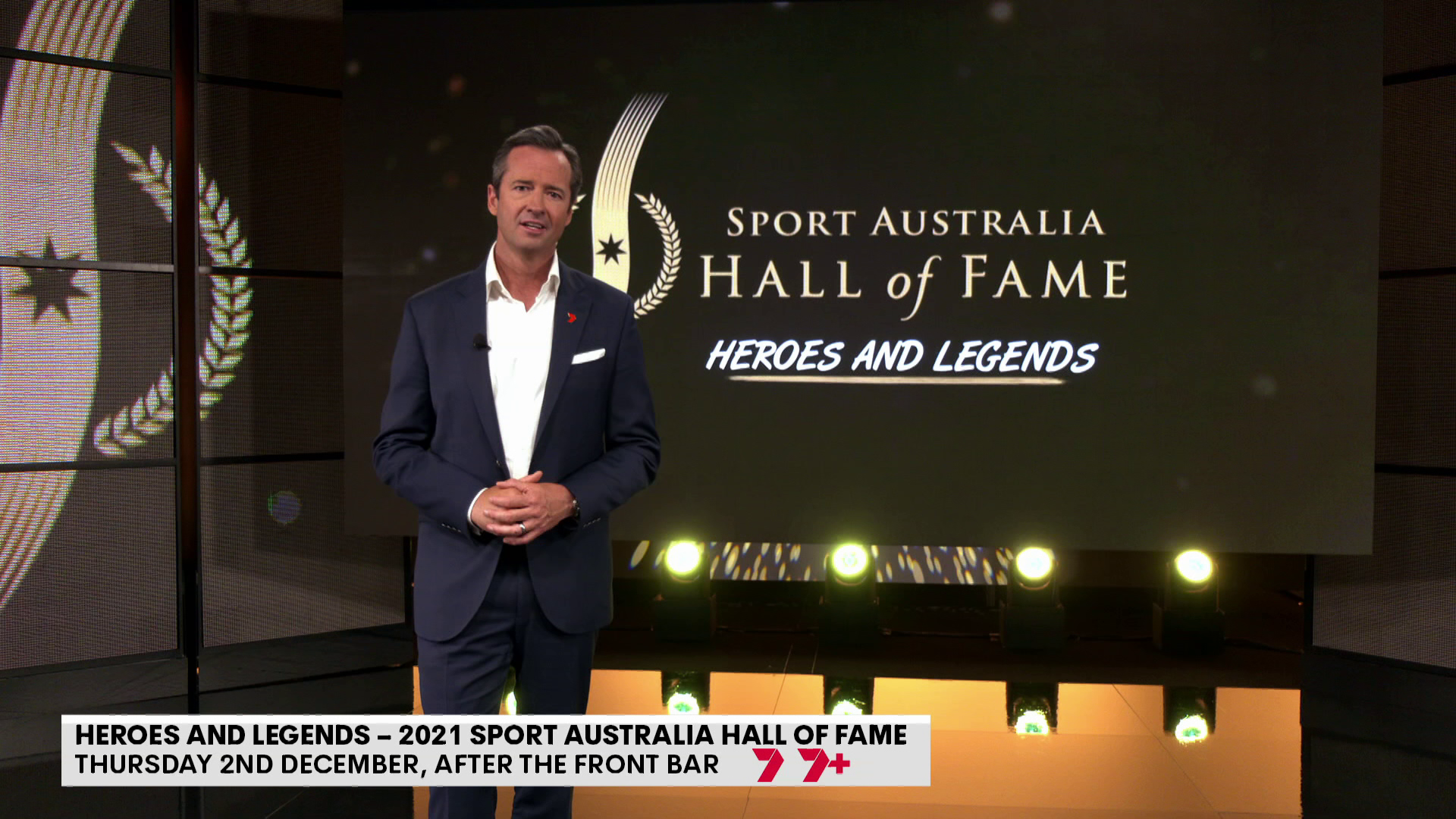 By HayleyDecember 2, 20217SPORT, SPORT
No Comments

A select group of our nation’s biggest sporting heroes will be honoured on the Seven Network in a special television event tomorrow night, when Australian sport’s most exclusive club, the Sport Australia Hall of Fame, welcomes a star-studded list of 2021 inductees and Legends before announcing this year’s most coveted sport awards.

Heroes and Legends – A Celebration of the 2021 Sport Australia Hall of Fame will screen nationally at 9.30pm tonight, Thursday 2 December, on Channel 7 and 7plus, directly after The Front Bar Ashes Edition.

The winners of two of Australian sport’s most prestigious honours, The Don Award and The Dawn Award, will be also be announced exclusively on Seven tomorrow night.

The inaugural Dawn Award, named in honour of SAHOF Legend Dawn Fraser, will honour the past or present Australian sportsperson who has achieved against the odds and challenged the status quo.

The News Corp Magic Moment, the most significant Australian sporting moment of the past 60 years as voted by the public, will also be revealed tomorrow night on Seven.

This Thursday will be a truly special night on Seven as we see this year’s class of superstars inducted into our nation’s most exclusive sporting club, the Sport Australia Hall of Fame.

This special television event will include inspiring, in-depth interviews with each of this year’s inductees and Legends, where they detail their individual journeys to sporting greatness. Seven is also the only place to discover which of our national icons in 2021 take home two of Australian sport’s highest honours, the Don Award and the Dawn Award.