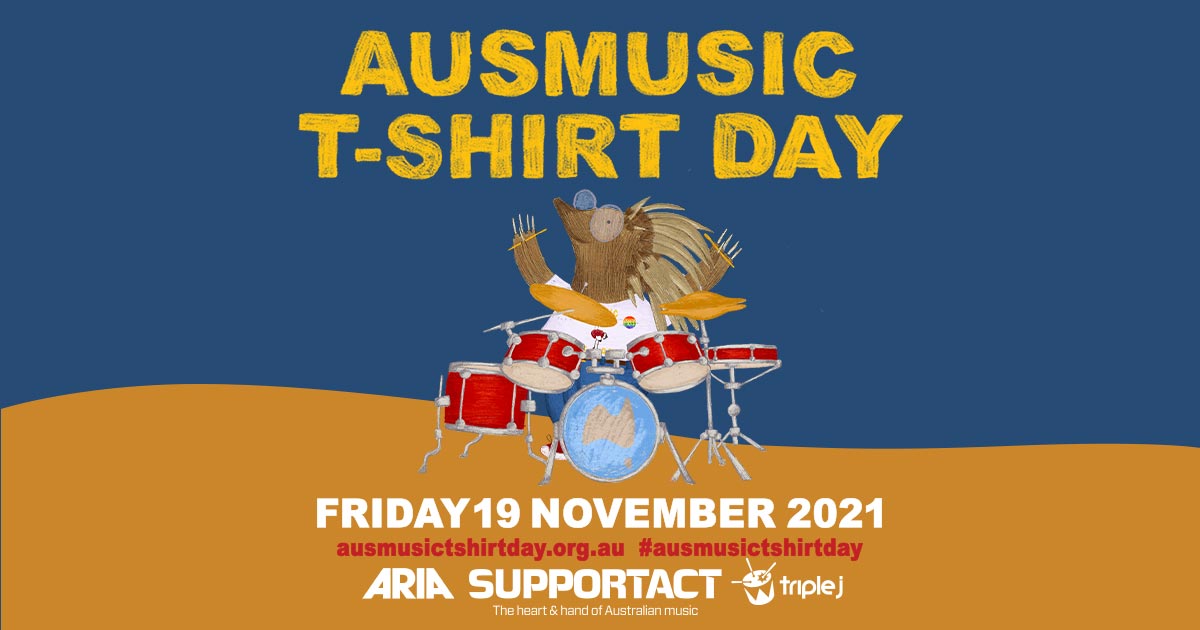 Why we need to listen up this Ausmusic T-shirt Day

In late July this year, a very important call-out was made to Australian business and media.

Home-grown recording artist Jack River made the now-famous post calling on Seven to soundtrack our coverage of the Tokyo 2020 Olympic Games with Australian music.

Of course, we couldn’t disagree; great Australian moments deserved Australian music. We heard this message and we responded. Australian artists soon became a large part of the soundtrack to our Tokyo 2020 coverage and we ensured more local music was played during other programming.

But the story doesn’t stop there.

That single post snowballed into a brilliant campaign, Our Soundtrack Our Stories, a call to arms for all Australian businesses, media owners and more to support Australian music after the live music sector was decimated due to a second protracted lockdown.

The campaign has seen a fantastic response from major businesses across the nation, but there is more work to be done, particularly from the media sector – we thrive on creativity, our whole industry is built on it. While we’ve always supported Australian creativity, now is the time to get fiercely on the front foot and protect Australian creativity.

Why? A thriving cultural landscape benefits us all exponentially.

This benefit was spelled out back in 2019, when Russel Howcroft argued that creativity is the soft skill Australia needs to move its economy forward. But without support and the capacity to develop and nurture skills, our creative industries risk falling behind other major global powers investing huge capital into the space.

The thing is, Howcroft’s argument was made in a pre-pandemic world, when investment in creative industries was designed to facilitate further growth. Now, for some, investment and support has become a matter of survival. With venues forced to close and tours cancelled without the possibility of insurance or underwritten support from the government, artists, managers, crew and industry professionals have lost significant income and are still staring down the barrel of a very uncertain future.

Today is Ausmusic T-Shirt Day, an amazing initiative organised by Support Act to raise awareness and much-needed funding for our music industry. Seven is proudly supporting the day through, among other things, editorial coverage and free ad space on our broadcast and online assets.

Support Act is Australia’s only charity delivering crisis relief services to the Australian music industry. This year it has grown enormously as a function of need, and we hope everyone in the media industry can join us in helping our fellow creatives by donating to the cause or raise awareness by proudly wearing a T-shirt featuring your favourite Australian artist.

Music takes many forms in our lives. It can be a rallying cry, a backdrop, a filler, a support and a constant. It is the space between the notes that gives us a sense of who we are. Let’s celebrate the amazing Australian creatives who contribute to that.