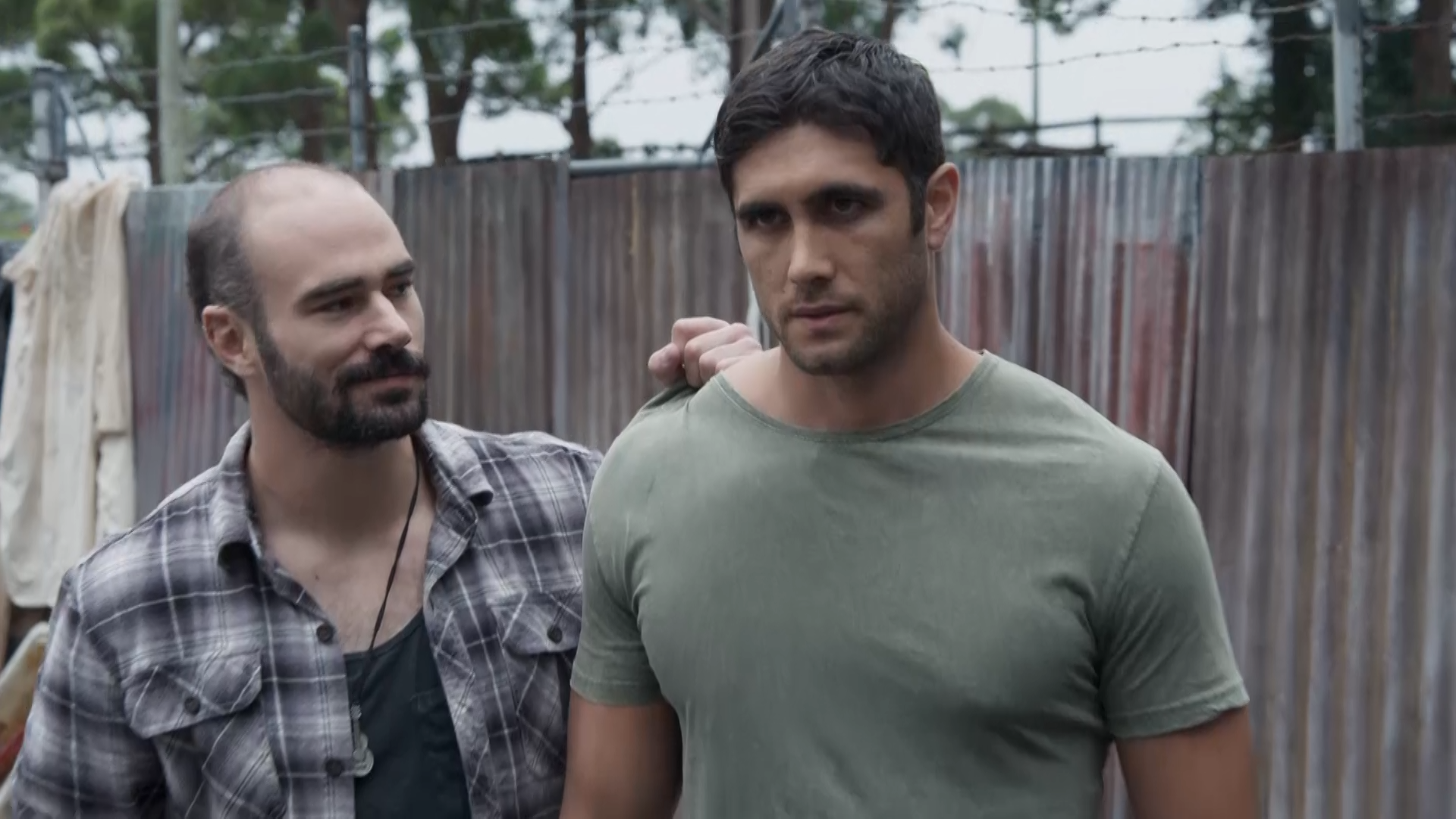 A star is born and hearts hang in the balance

A star is born, a heart is broken, and a life is on the line on Australia’s #1 drama, Home and Away, as the must-see mid-season final week begins from 7.00pm Monday, 25 July on Channel 7 and 7plus.

After weeks of wreaking havoc in the Bay, bad boy Tex (Lucas Linehan) and his clan of bikies may have reached the end of the line, when Tane (Ethan Browne) and Rose (Kirsty Marillier) devise a plot to take down the dangerous criminals once and for all. But with the stakes higher than ever, the fallout will send shockwaves throughout the community.

Having been viciously extorted by Tex and the bikies, Tane finds himself embroiled in a criminal operation to launder money through his gym. With nowhere to run, and fearing for the safety of his loved ones, a desperate Tane is prepared to do whatever it takes to protect his family.

A humiliated Rose is left reeling after discovering the man she has been sharing her bed with is a bikie. Having uncovered Tex’s true identity, Rose wants only one thing: to put him behind bars. Honing her detective skills, Rose works out that Tane is somehow connected to Tex and his associates. When Tane comes clean to Rose about the bikies extorting him, the unlikely pair join forces.

Just how far is Tane willing to go to put an end to the bikies reign of terror?

Lovesick Cash (Nicholas Cartwright) is preparing for Jasmine’s (Sam Frost) return to Summer Bay. Time apart has led Cash to the realisation that he’s ready to take the next step with his long-time girlfriend and make the ultimate commitment. An anxious Cash pulls out all the stops to orchestrate the perfect proposal, but will it go according to plan? Or will his world come crashing down?

Having been crowned the new lead singer of Lyrik, Theo (Matt Evans) finds himself torn between his TAFE apprenticeship and chasing his dream. Determined to prove he can do both, Theo is gearing up for his first Salt gig as Lyrik’s frontman.

But when Lyrik’s newest member doesn’t show up for sound check, Kirby (Angelina Thomson), Eden (Stephanie Panozzo) and Remi (Adam Rowland) begin to worry. Have they hedged their bets on the wrong person to front the band? In his moment to shine, will Theo sink? Or swim?

All will be answered when Home and Away’s mid-season final week starts next Monday on Channel 7 and 7plus.

Television event premieres 7.00pm Sunday on Channel 7 and 7plus

Monday to Thursday 7.00pm on Channel 7 and 7plus