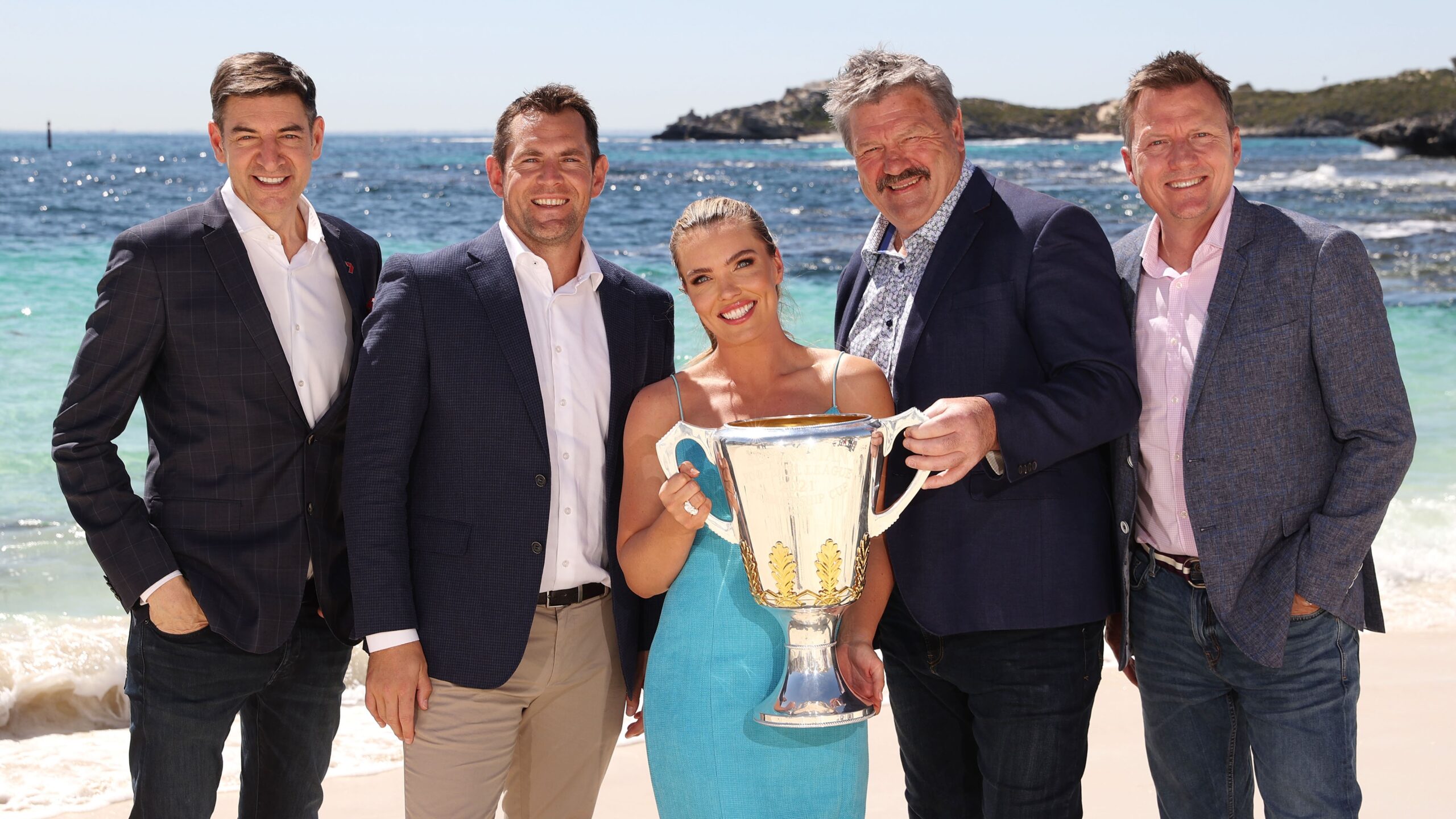 A premiership decider for the ages

By HayleySeptember 23, 20217SPORT, SPORT
No Comments

An unforgettable 2021 AFL season is set for a spectacular finish this Saturday, when Melbourne takes on the Western Bulldogs in the first-ever Grand Final in Perth.

The Seven Network will have every angle of the premiership decider covered from early morning to late night, and from Perth and across the rest of the country.

Viewers will enjoy more than 16 hours of coverage on Channel 7 and 7mate, kicking off at 7.00am AEST with the Weekend Sunrise AFL Grand Final Day Special and continuing non-stop until the Grand Final post-match presentations and celebrations wind up at about 11.30pm.

The stage is set for an epic contest on Saturday. We’ve got the best two teams in red-hot form, with the Demons chasing a fairy-tale flag and the Dogs again aiming to win from outside the top four – all before a packed stadium, in Perth, for the first time.

“Seven will have every angle of Grand Final Day covered from early morning until the final celebrations late at night. With an unrivalled 16 hours of coverage across the day, footy’s best team will bring fans all the action, colour and excitement of the game’s biggest day – from Perth and all around the nation.

Seven’s Grand Final week gets underway tonight when The Front Bar presents its annual Grand Final Special at 8.30pm nationally on Channel 7 and 7plus.