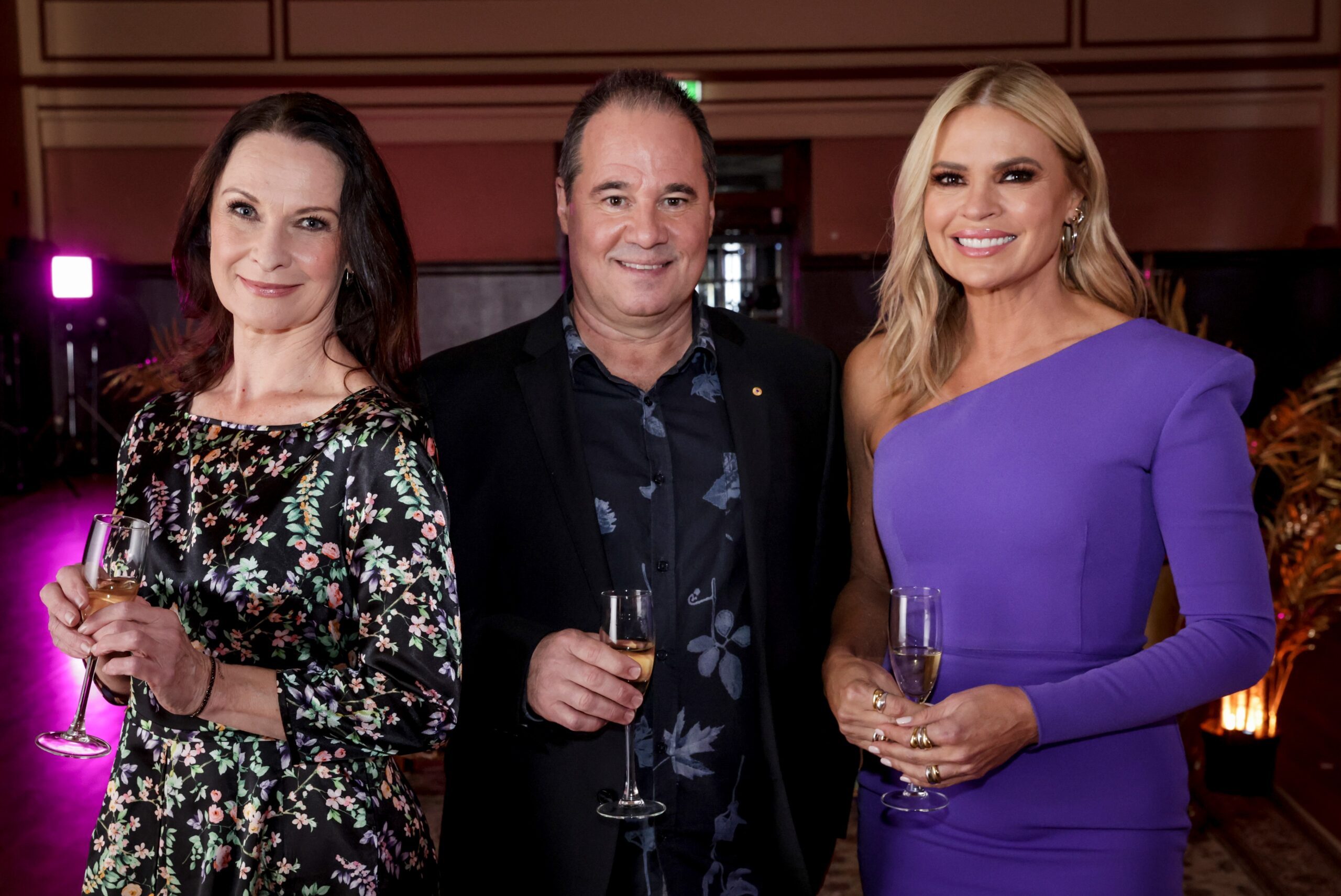 Sonia Kruger and cast bring back the hit movie’s magic

Love is in the air again when Sonia Kruger reunites with her Strictly Ballroom co-stars, 30 years after the movie made her a star.

Recreating scenes from the sequinned spectacular, revisiting original sets and reuniting its lead actors, Tara Morice and Paul Mercurio, Kruger pops open the champagne to host a dazzling 7NEWS Spotlight special – Strictly Ballroom – The Encore – this Sunday at 7.00pm on Channel 7 and 7plus.

Fans of Baz Luhrmann’s directorial debut will be wowed by the reunion three decades after it took the Cannes Film Festival by storm and inspired a new generation to take up the beloved art of ballroom dancing.

Kruger and company watch the film together for the first time since its Australian premiere in 1992, revealing saucy set secrets and how her role as dancer Tina Sparkle saw her quit her “real” job and begin her own career in showbiz.

The Gold Logie-nominated presenter talks to Mercurio and Morice about the impact the movie had on their lives, returning to Granville Town Hall where pop icon John Paul Young performs the film’s chart-topping anthem in a fabulous feathered finale.

The movie has been digitally remastered in 4K quality for the anniversary of this celebration of Aussie suburbia, which encouraged its audience to embrace life – and all its quirks – to the full.

Join in this magical dance down memory lane and recapture the big screen sparkle which won over the world.