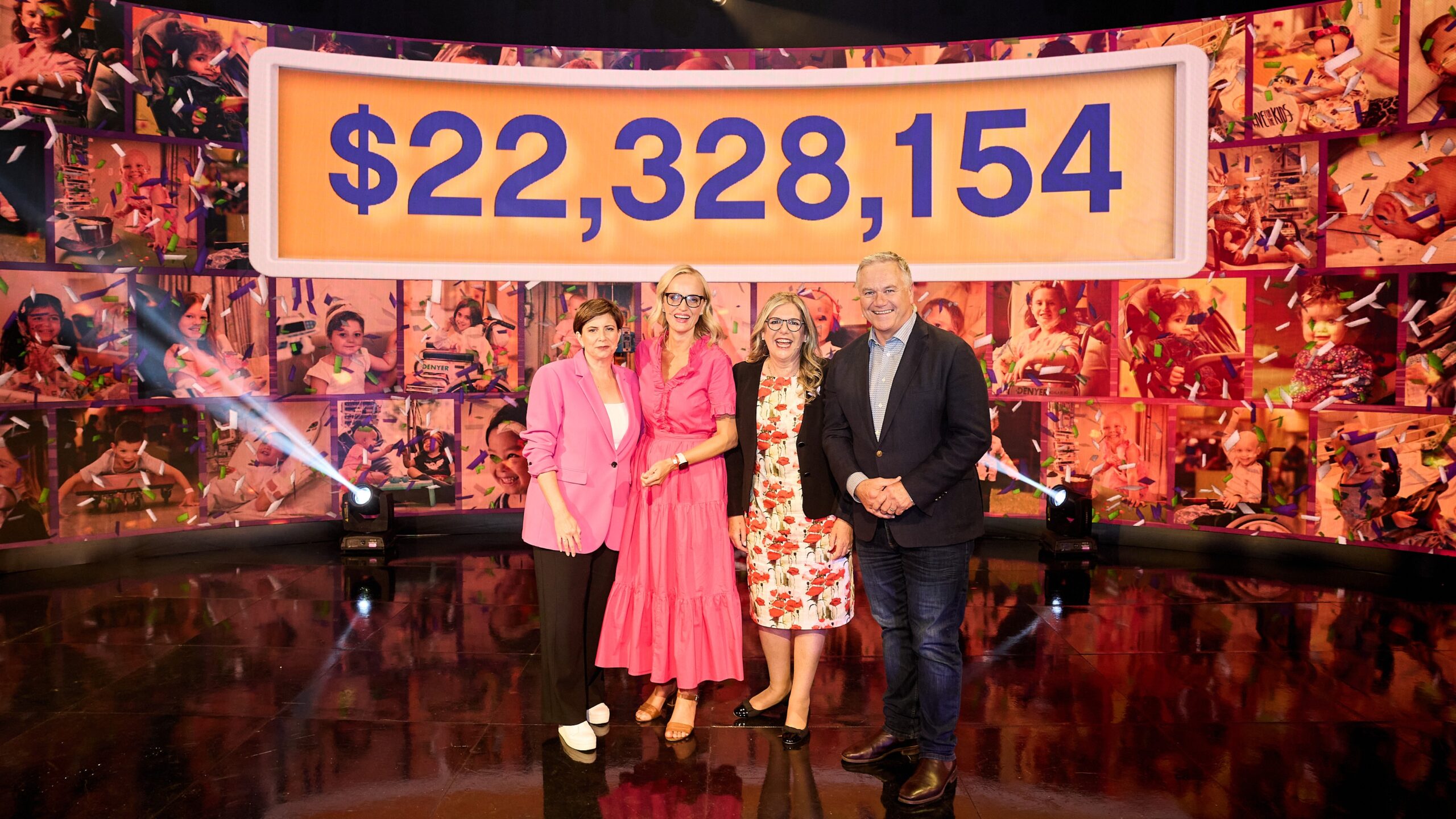 By HayleyApril 19, 2022SEVEN
No Comments

Some of the biggest names in television and entertainment gathered on Friday for the Seven Network’s annual Good Friday Appeal, helping raise a record-breaking $22,328,154 for The Royal Children’s Hospital in Melbourne.

The Good Friday Appeal is an institution that unites Victorians like few others to raise much-needed funds for the hospital. This year marked the 65th year that Seven had broadcast the iconic event and the network is proud to have continued the tradition on Channel 7 in Melbourne and 7plus.

It was an honour and a privilege to bring the sheer joy and heart-warming stories of the Good Friday Appeal to Australians, on a truly special day on the Victorian calendar.

To see Victorians rally together and dig deep to support the Good Friday Appeal, after an incredibly difficult two years during the pandemic, proves how special The Royal Children’s Hospital is to all of us.

The Appeal is a great partnership between The Royal Children’s Hospital, Channel 7 and the Herald Sun, and we’re rapt by how Victorians responded this year.

Hosts Peter Mitchell, Jane Bunn, Rebecca Maddern and Mike Amor from 7NEWS kicked off the telecast at 12.00pm, sharing the inspiring stories of children and their families who have been touched by the life-changing work of the team at The Royal Children’s Hospital, including this year’s faces of the Appeal, Alex and Isla.

Football fans across Victoria were treated to a half-time goal shoot-out between Western Bulldogs and North Melbourne legends, Doug Hawkins and Brent Harvey, with the pair raising much needed funds for the Appeal.